Michiko Kakutani will not give up "limn" 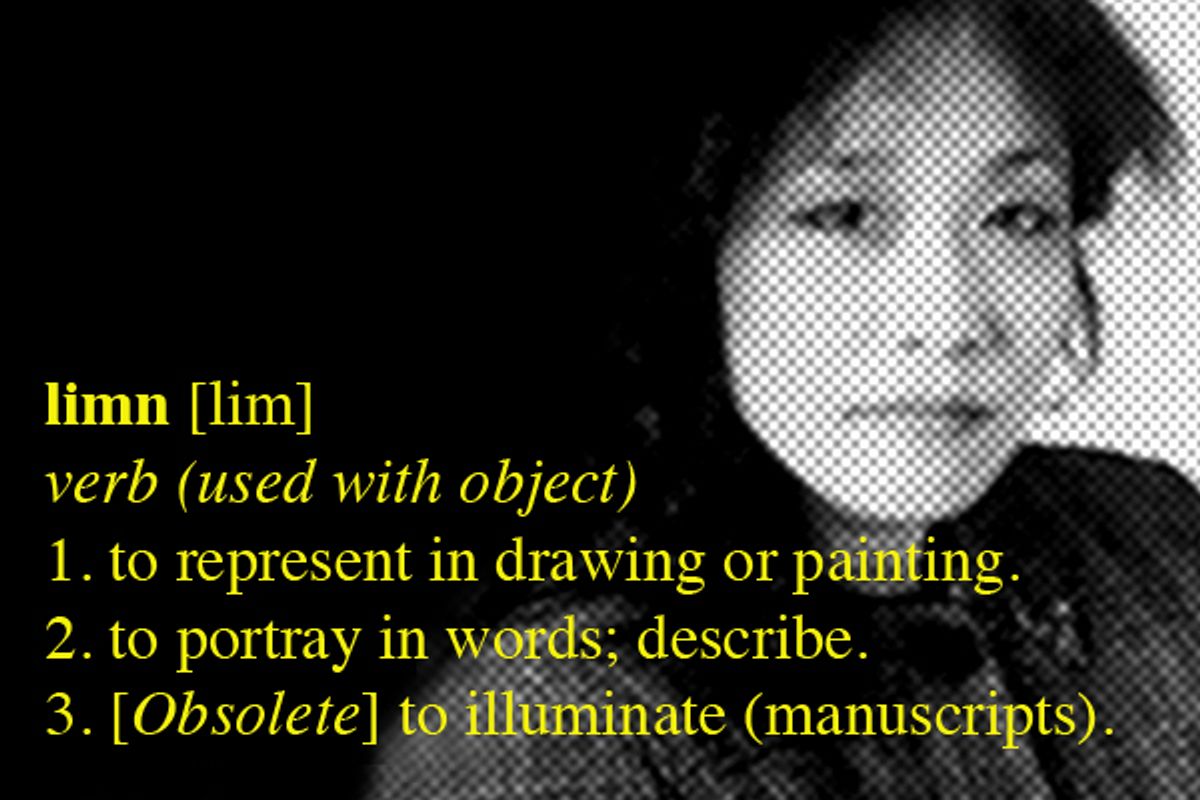 The New York Times' Pulitzer Prize-winning book critic won't be stopped from using "limn" -- which means to depict or make a portrait of in words -- despite giving birth to a parlor game among publishing types and book bloggers who love to note its overuse.

"Limn" returned in Tuesday's review of Amy Waldman's anticipated first novel "The Submission," in a comparison between Waldman and the work of Tom Wolfe. "Unlike Mr. Wolfe, Ms. Waldman tends to favor sympathy over satire when it comes to limning her characters’ feelings and motivations," Kakutani observed.

Limn-spotters had noticed that Kakutani's usage had trailed off -- this is just the second time we could find it in one of her reviews this year, and the first time since a March review of a book about the myths of George Washington.

The last laugh, however, might go to Kakutani -- perhaps she has propelled the once-archaic word back into the vocabulary. (A minor lexicographer's tempest kicked up last year when "limn" appeared in a Baltimore Sun headline.) Double-clicking on any word in a Times story brings up its American Heritage dictionary definition, and "limn" did not appear on the new 2011 list of the top-50 most frequently looked-up words on the site.

Either way, now that limn has returned, Michiko obsessives can go back to hoping for her late-summer crazy -- it has been a few years since she's written in the voice of a character like Austin Powers, Holden Caulfield or "Legally Blonde's" Elle Woods. But when she does, it is almost always this time of year. Our money is on a review of Chad Harbach's baseball-drenched "The Art of Fielding," one of the fall's big fiction debuts, in the voice of Derek Jeter.