Armstrong's friends say the reality show changed him. Does Bravo -- and the TV audience -- have blood on its hands? 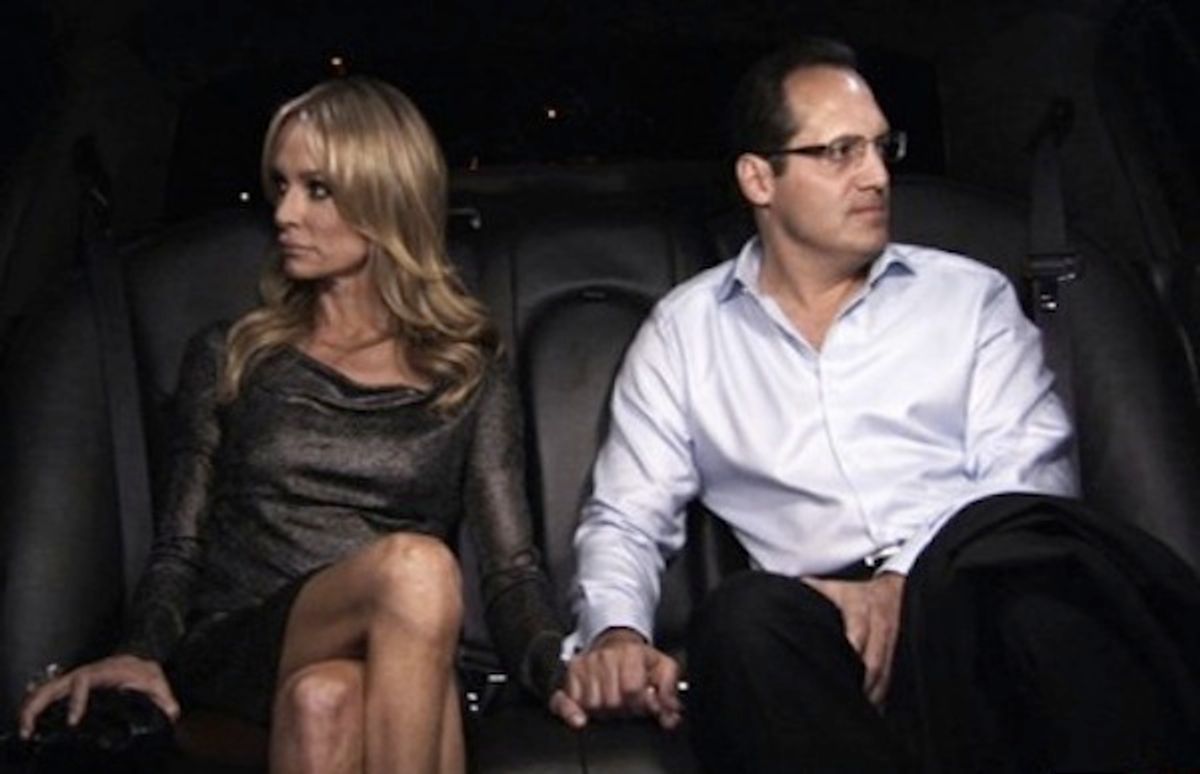 Russell Armstrong, the estranged husband of "Real Housewives of Beverly Hills" star Taylor Armstrong, committed suicide on Tuesday, and many articles about his death pointed some of the blame at the popular Bravo reality franchise.

In the Los Angeles Times this morning, Armstrong's friend William Ratner said that the show "was [Russell's] downfall. The TV show put a lot of pressure on him to produce financially. You're on a show with a couple like the Maloofs, who are verifiable billionaires, and you're not," said William Ratner. ("Housewife" Adrienne Maloof's family owns the Sacramento Kings and the Palms casino in Las Vegas.)

Armstrong's lawyer, Ronald Richards, speaking to ABC, noted that: "These couples join these shows, and then they keep trying to outdo each other and they end up spending all their money trying to sustain a lifestyle that's unrealistic and wasn't there prior to the show," said Richards. "The weekly social events, the dinners and all the BS, trying to pretend you have unlimited resources in Beverly Hills is tough."

The couple clearly had issues. In an interview with People in July, Taylor Armstrong said that Russell had been physically abusive. Russell admitted pushing his wife. "It was during a time in our lives that was not characteristic of who we were," he said. "This show has literally pushed us to the limit."

So how complicit is the franchise so many people love to hate-watch? Can we ever look at it as mere train-wreck entertainment again? We went to the experts for answers, the people who get paid to recap "Real Housewives" for newspapers and websites.

Gabe Delahaye, the editor of Videogum.com, stopped his recaps last year but says that "reality TV in general has a real death problem." The shows attract "miserable people who quickly learn that being on a reality show is not the solution to their problems."

Does that make the audience complicit as well?

I don't think there's any guilt for the audience, I don't buy that. I mean, you can make the long-range argument that we create the market for these shows, and that we are therefore complicit, but that feels really thin to me. We also create the market for "Inception" and "Avatar" and "The Wire" and "Game of Thrones." The world is a big place and the market is fractured. People who like stupid stuff also like smart stuff, and vice versa.

I do think that the producers of the show can bear as much responsibility as we feel like dumping on them. I am willing to believe that the producers are good people, and that they genuinely care about their shows and the people on their shows. I am even willing to believe that they view them as real people with real feelings problems, even if that's not how they end up portraying them on TV. But at the end of the day, they are also the ones creating this environment.

Lizzie Skurnick blogs about "The Real Housewives of New Jersey" for the L.A. Times, and writes frequently about the franchise. When asked if she thought Armstrong's death would force the show to change its format, Skurnick answered, "Not at all." In fact, she considers these relationship issues to be one of the driving forces of the show.

"The theme of problematic marriages has been a staple of the show since the beginning," Skurnick tells me over the phone. "Vicki Gunvalson and her husband were having issues and broke up on the first 'Housewives' show: 'The Real Housewives of Orange County.' It began as interesting drama, but it's mutated to the point where the show itself has affected relationships. Nene from 'Atlanta' is also getting a divorce. The Camille/Kelsey Grammer story from the 'Beverly Hills' show is fascinating because Kelsey reportedly urged Camille to do the show so she would stay in L.A. and he could go have an affair."

Skurnick says that husbands often don't understand what being a character on the show involves. Russell was portrayed as a distant and unaffectionate husband; their marital struggles were a theme of the first two seasons.

A lot of them made their money in real estate, in finance, and it's not always something they want to shed a lot of light on. I think it's possible that in a lot of these marriages, the wives are flailing and the husbands think, "Well, this is something to amuse my wife." What they don't realize is that they are becoming a character... and in the case of Russell, you start to hear these stories about spousal abuse. His portrayal on the show was very cold and distant, and I think that's not something he was expecting, so he moved away from it, and away from Taylor. And with Armstrong, she is truly a 'desperate' housewife': she will find a way to play up the death as it affects her, though it's not clear that this will be something that is actually shown on the program.

Ben Mandelker, a screenwriter who runs the reality show-centric B-Side Blog, believes the show's producers will find a way forward.

"As for Russell, that's a tragic situation, but I'm not sure you can blame the show for that," he said. "Taylor and Russell knew what they were getting into -- the show had been around a few years at that point. It sounds like the demons that ultimately consumed Russell would have been there no matter what. Reality TV is the easy thing to blame, but c'mon, look at Andy Cohen. With that big goofy grin, do we really think he could push someone to their death? Hmmm ... don't answer that."