The fascinating contradictions of Bill Plympton

In an interview, the Oscar-nominated animator encourages artists to work the fringes and stay true to themselves 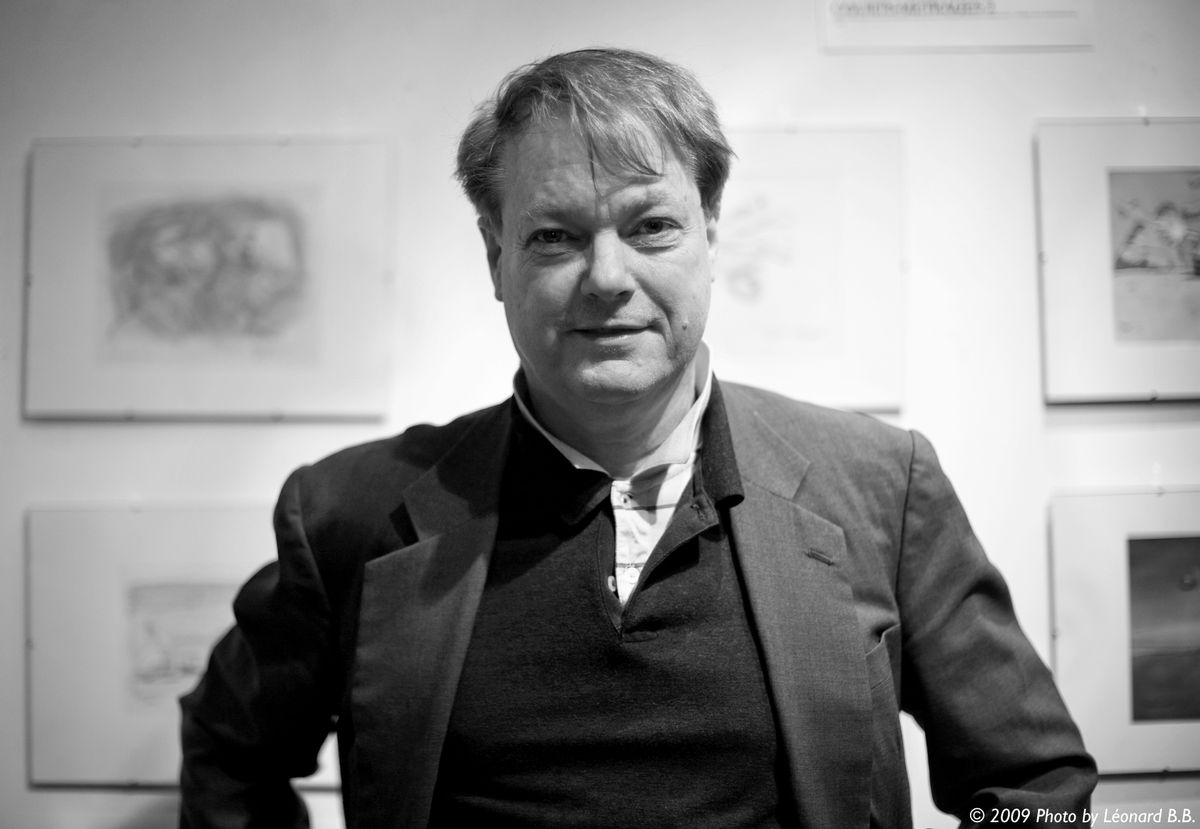 Bill Plympton may very well be the godfather of adult cartoons and comics. He's that rare artist who has spent decades on the fringes, yet also seen his drawings in Vanity Fair, The New Yorker, Vogue, Rolling Stone and the Village Voice. He's a cult filmmaker who has also been nominated for Academy Awards for his shorts, both the "Your Face" and the "Dog" series.

Plympton's work on Fox's "The Edge" and MTV's "Liquid Television" in the 1980s and '90s were so ahead of their time it's amazing the networks allowed it -- but he now bemoans the lack of American distribution for adult cartoons. (My personal favorite of his is "25 Ways to Quit Smoking.") He hates Internet piracy, but loves the international audience it has provided him. He's collaborated on videos with both Kanye West ("Heard 'Em Say") and Weird Al Yankovic.

You don't need to talk to Bill Plympton to know he's a man full of weird, conflicting ideas. All you need to do is take a look at some of his artwork, which is now handily available in a new compilation called "Independently Animated." His latest film, "Idiots & Angels," arrived on DVD this week. But what you won't find in his work are his musings on cool culture, Pixar and "Portlandia." For that, we had to get the artist himself on the phone.

I know that you are from Portland. Have you seen the IFC comedy show "Portlandia"? Do you think that you might have had a hand in contributing to the DIY hipster culture that the city has become known for?

Bill Plympton: I've never actually thought about it that way, but I guess I did. I would go out there every summer and hung out with a lot of the art crowd, the creative crowd. A lot of filmmakers and animators come from there. So I was definitely part of that culture. And I can definitely relate to the culture. In fact, I noticed (in "Portlandia") that they had a sequence where they went to Wieden + Kennedy advertising agency, and I used to hang out there a lot.

That's a real place? Do they actually have bouncy balls and parties everywhere?

They do. They are very successful, they do all the Nike ads. It's one of the coolest agencies in the world.

I don't see a lot of that hippie, free-range chicken vibe in your work though, which tends to be a lot darker, a lot more adult. You did stuff with MTV back in the '90s with your show "The Edge," but do you identify with today's hipster counter-culture?

Well, I'll tell you: I went to this year's South by Southwest film festival, and I've never seen so many hipsters in my life. I was quite saddened, as I love the festival but it's been taken over by all these hipster wannabes. They all want to be Mark Zuckerberg, Mark Zuckerman... whatever his name is. They're all social media. It wasn't about the films anymore; it wasn't about great art. It was about cashing in on the new app.

I think that's what's going on in our culture today. People used to want to be filmmakers and animators, now they want to make apps.

You've said that you put together this new compilation book to help emerging artists -- to show them how they can work outside big tech corporations, because as you say, it's very cold, very technical. And you yourself have turned down jobs at Disney. So I have to ask... how can you possibly not like Pixar?

I love Pixar films, I think they're the greatest filmmakers in the world. I love Disney films. "Tangled," was great. I loved "How to Train Your Dragon," the Dreamworks film. But it's not for me. I don't want to make a film for families, I want to make adult films. I don't think about playing with dolls all day. I think about adult topics: sex, love, passion, jealousy... the seven deadly sins. So why should I make films about children playing with toys?

And I can't compete with them anyway. They're huge, they have huge marketing campaigns. So I'm happy doing my own little niche cartoons that deal with adult topics. I'll be honest with you, I'm not as successful as Pixar or Dreamworks, and that is disappointing to me, because I think my films are as valid as a Pixar film. I think there's an audience for my films. I know there's a market for someone like Quentin Tarantino, who basically does adult cartoons in live action.

My fear is that distributors are afraid of animation for adults. Distributors don't think there's a market for that, and I disagree with them. People like you and me, we'd love to see a cartoon dealing with adult topics. You have more success abroad?

I'm much better known in France and Germany and Spain than I am in the U.S. When I go to Russia, I get mobbed; I have groups of fans waiting for me out in the hotel lobby, waiting for me to come down off the elevator. In China, I almost got beat up because people were trying to get me to do a drawing for them.

Ha! Yes. I mean, in America, people only know who I am from what they saw on MTV a long time ago. I have a hard time getting distribution here. I think the reason I'm so popular in China and Europe is piracy... all my films are available everywhere there because of piracy.

Interesting, so this is a pro-piracy stance from Bill Plympton?

Not at all, I don't make any money when the films are on the Internet. I try to keep my stuff offline as much as possible, because we do sell films to different markets on the Internet. If it's everywhere for free, I can't sell my work.

I think outsider art is getting picked up in the United States and making money, but it's happening very slowly. I think in a couple years, it will be very different. Everyone is very unsure: a lot of small film theaters are collapsing for lack of audience, and DVDs are being hurt. They say the paradigm is changing, so I think the potential for outsider art to make money is there, in Internet distribution. That's what I'm betting on.

Are there any artists whose work you currently see as the successful model of what you want to do?

Definitely. Don Hertzfeldt is a giant on the Internet, and he's selling an amazing number of DVDs on the web. So he's bypassing the traditional distribution apparatus, and I think it's very cool. He's someone I look up to for guidance in order to make films as a true independent.

You've made videos recently for both Kanye West and Weird Al. So: who is easier to work with?

You know Kanye does hip-hop and rap, and I'm not a big hip-hop or rap guy. But I love working with him: he's a genius, and certainly his music is brilliant. His last album, the one before the Jay-Z album I thought was really wonderful.

But Weird Al is much more down to earth, has a great sense of humor, and gives me a lot more freedom than Kanye does. He just gives me the song and lets me do what I want. And I love his music too, of course.