Where love goes to die 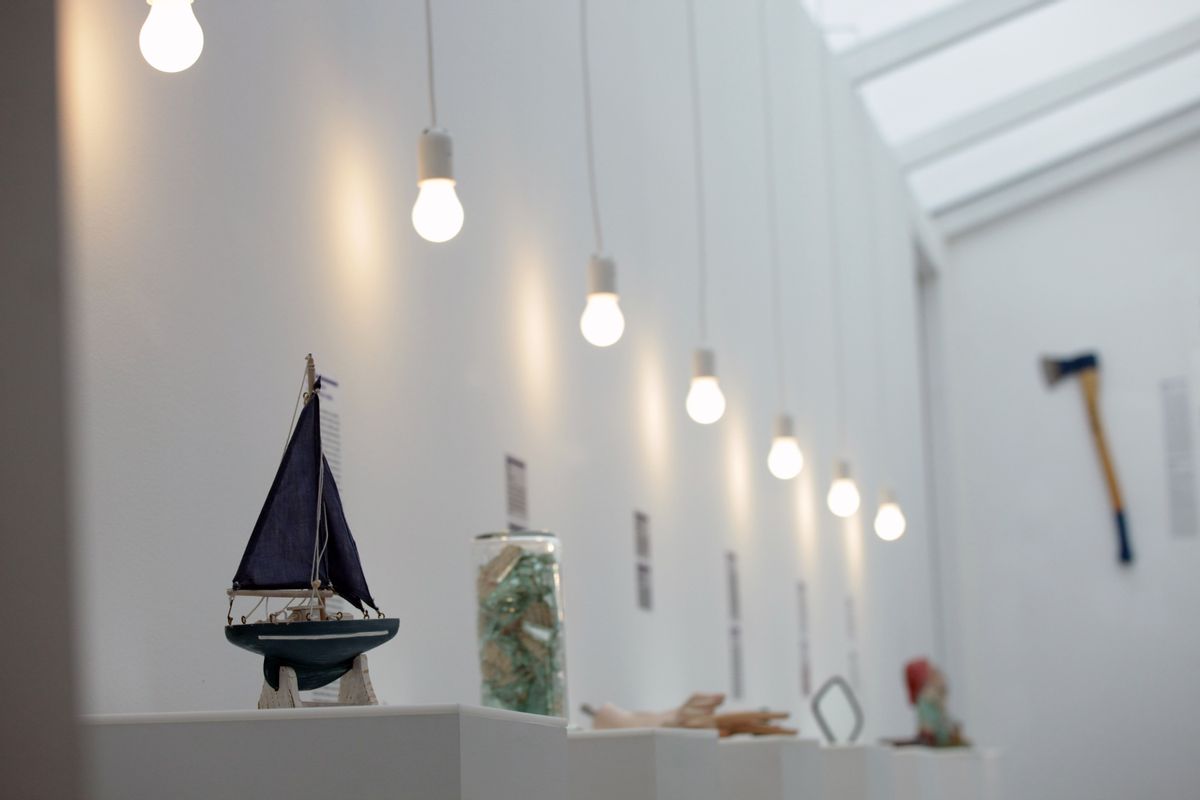 Items on exhibit at The Museum of Broken Relationships. (Yes, that's an ax on the right.)
--

A probably-fake diamond ring from my high school sweetheart. A pile of letters sent over the course of a long-distance relationship. I've kept this evidence of former loves because I can't bring myself to get rid of them. Sometimes, though, hiding these things in the back of your closet doesn't go far enough toward allowing you to move on -- or toward honoring the relationship that was. That's when you donate these tokens to the Museum of Broken Relationships, which opened this week in London.

The traveling exhibit started in 2006 as an art project -- by a pair of exes, of course. "Our societies oblige us with our marriages, funerals, and even graduation farewells, but deny us any formal recognition of the demise of a relationship, despite its strong emotional effect," the website explains. Among the items on display are a pair of hot-pink furry handcuffs, a toy sailboat and a prosthetic leg. It's oddly appropriate that such a project would arrive at a time when the Internet, and social networking sites in particular, have created a virtual museum of mementos from failed relationships.

The exhibit is just one of several outlets for those who are haunted by ghosts of relationships past. Take the Breakup Box, a service that invites you to stuff a box full of these keepsakes and send it off for safekeeping for six months to two years, the idea being that you need to get rid of it all, just not permanently. "Your box has a unique confidential ID number on it and will be kept in our climate-controlled, secure storage facility," the website promises. "Now that all your memories will be stored safely, out-of-sight and out-of-mind, you can rest easy and get on with things." It's rarely that easy, but they're certainly selling an idea that people desperately want to buy.

Other companies target a more capitalistic desire and offer to buy and resell gifts from exes: Ex-Boyfriend Jewelry and Out of Your Life, for example. In February, an entrepreneurial Florida woman took things into her own hands and launched My Ex-Boyfriend's Closet, a website auctioning off her cheating ex-boyfriend's clothing; and for some reason, she poses nude with each item barely covering her no-no bits. Not that it's only women who are taking such measures (although, ladies, you be acting cray-cray): A British man posted on eBay a watch his ex-girlfriend bought him with the following explanation:

If you want to look like an offensively rich footballer at fraction of the cost take a look at this bad boy. This rather delicious watch for the sportier men among you was given to me by my idiot of an ex girlfriend, who by the way ended up in bed last Thursday with Steve. Steve, for your information, is not me.

As amusing, and perhaps therapeutic, as this all is, the truth is that even going to these great lengths will not exorcise the broken-relationship demons. Even when you think you've hidden all signs of this person, there they are again. Just this weekend I arranged a backyard camp-out and a friend climbed into my tent only to quickly resurface with a pair of boxer shorts held out at arm's length: "Where did these come from?" Suddenly, I was thinking about the last time I'd used the tent -- with him, camping out during a torrential downpour that I was genuinely convinced would sweep away our two-person shelter, like a house in a tornado, and drown us inside. He was always very kind about my worst-case-scenario thinking.

A rainstorm or a sleeping bag could just as easily have triggered that memory and the feelings attached to it, though. These things are impossible to escape, barring extreme mind-scrubbing measures like in "Eternal Sunshine of the Spotless Mind." Maybe that's why we defriend, unfollow and block. Why we hide relationship detritus in a shoe box or ship off these tokens to an exhibit of heartbreak. It's an effigy to a love lost, a gesture of faith that life will go on. But just in case, there's always that "friend request" button, the shoe box -- or a pleading call to the Museum of Broken Relationships.