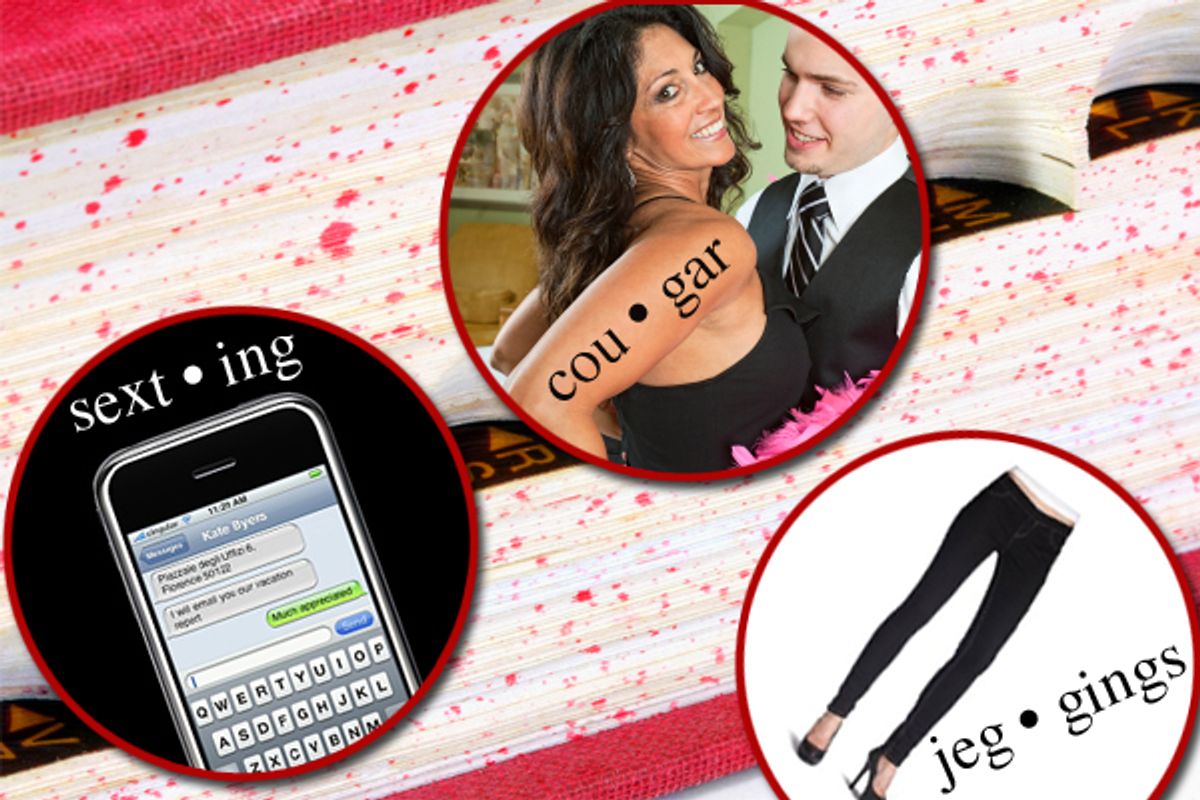 In 1911, Henry and Frank Fowler published "a completely different kind of dictionary, one that sought primarily to cover the language of its own time" -- the first Concise Oxford Dictionary. This year, the 12th edition of the popular lexicon hits shelves, complete with several hundred new entries.

The "Concise" differs from its behemoth cousin, the OED, in philosophy as well as size. As the following promotional video explains, the shorter work aims to provide an accessible guide to "current English" -- the language as it is actually used day-to-day -- rather than a survey of its words' historical meaning. (Where size is concerned, it's worth noting that the new COD boasts just over 240,000 words and phrases, compared to the 20-volume OED's 600,000.)

The dictionary's centenary edition has adopted words from the technological sphere -- such as "cyberbullying," "cloud computing" and "sexting" (even the exclamation "woot" can now celebrate its lexicographical coming-out) -- as well as others more descriptive of lifestyle, e.g., "domestic goddess," "cougar," "carbon footprint" and "jeggings." (If all these newfangled terms make you nervous, you may want to bypass the new volume and purchase a facsimile of the 1911 edition.)

At the Oxford University Press blog, Angus Stevenson provides some history, pointing out notable entries from the original edition of the "Concise":

[In 1911, the Fowler brothers] stated that 'we admit colloquial, facetious, slang, and vulgar expressions with freedom, merely attaching a cautionary label.' Among the slang words they included were flapper, 'girl not yet out [in society]', foozle, 'do clumsily, bungle, make a mess of', mag, 'halfpenny', piffle, 'talk or act feebly, trifle', and potty, 'trivial, small.'

Dictionary compilation is a necessary, but probably largely thankless, task; we can't resist sharing this clip from "Black Adder the Third," in which the show's creators imagine the agonies Samuel Johnson experienced in the course of his own lexicographical efforts.