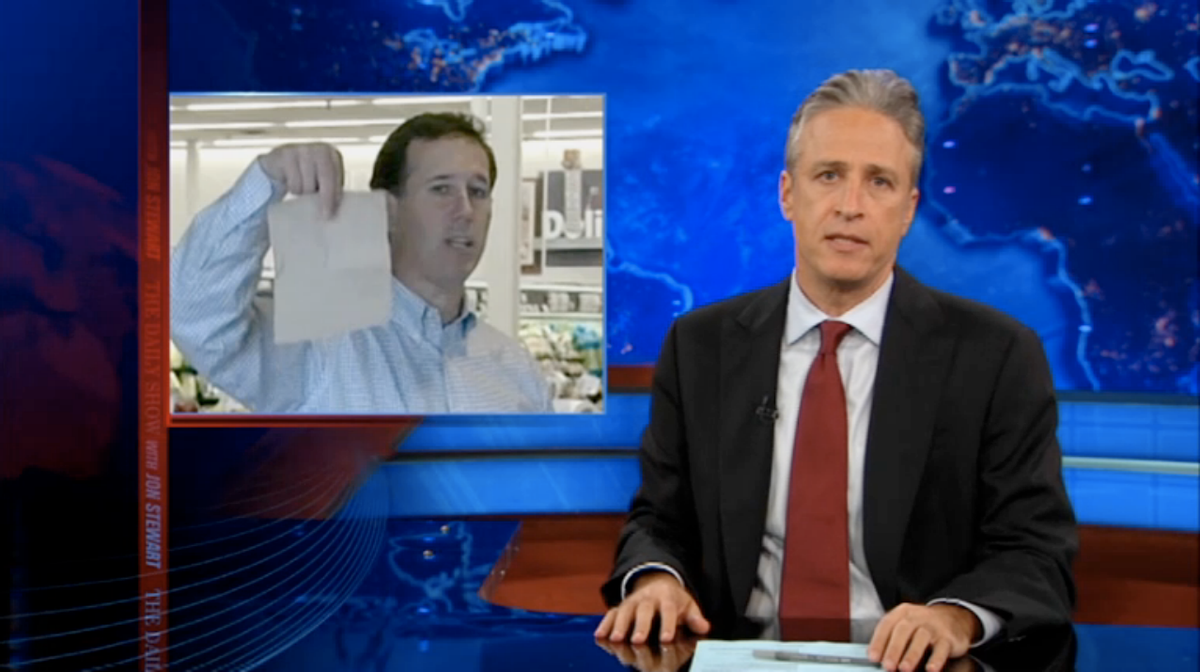 The Defense of Marriage Act has been getting some play over the past few days, as Republican candidate Rick Santorum has taken to defending it through some questionable analogies. To wit: Paper towels and napkins aren't one and the same. Neither are water and beer. Ergo: Marriage can't be between two people of the same gender. You follow?

Jon Stewart does have some qualms with this line of logic, however: "Yes, Senator! As a Christian, you want to base your argument against same-sex marriage on the idea that water could never be turned into an alcoholic beverage. Very smart."