Christine O'Donnell just walked off CNN because she was running late

Plus, the book-promoting election loser calls the president "a strapping young man" 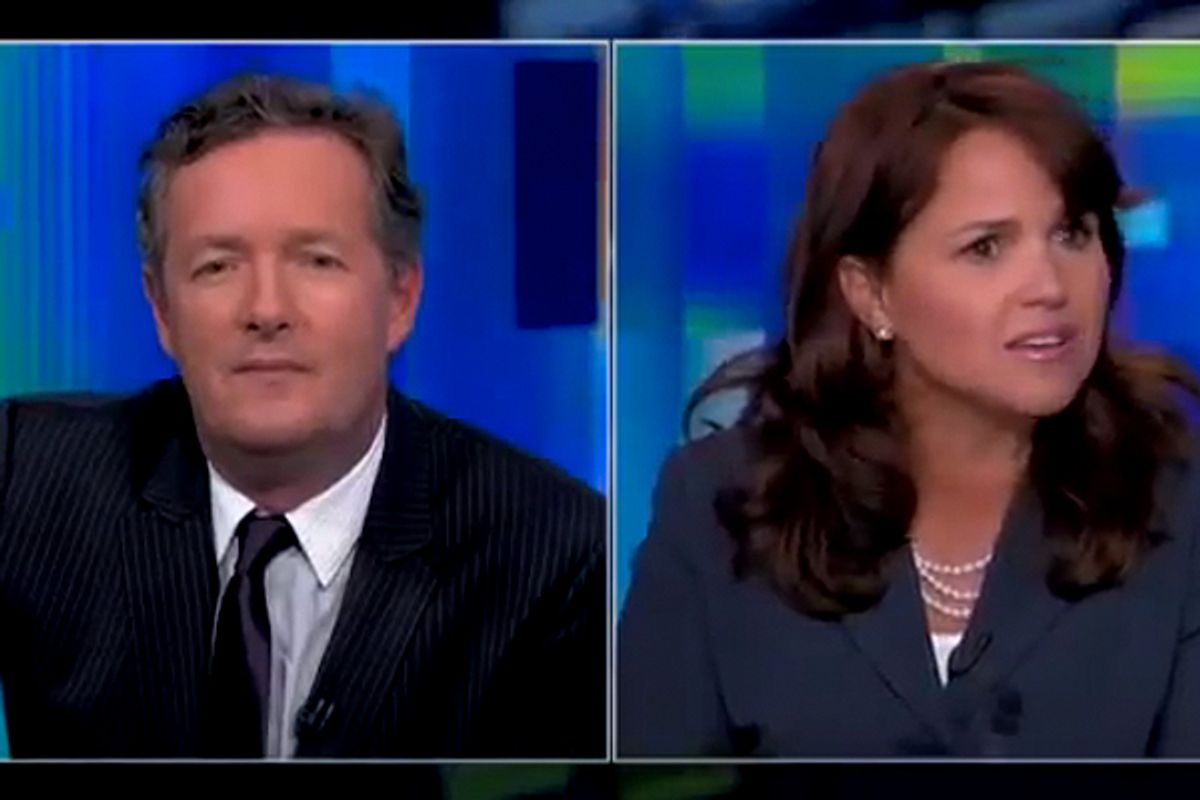 It seems pretty obvious that Christine O'Donnell "walking off" that CNN show hosted by the oleaginous talent show judge and former phone-hacker was a put-on, right? Not like it was "scripted," per se, but it certainly wasn't a spontaneous decision inspired by a particularly outrageous line of questioning. Anyone can come up with something anodyne and vague to say about gay marriage -- the president does it all the time! -- if one doesn't feel like offering a decisive opinion. So Christine O'Donnell obviously left for other reasons. Publicity for her book? In part, probably. But was she also just ... late for another appointment?

That's what she told the crowd assembled at Women's National Republican Club in New York, where she was apparently booked to speak at the same time that she was booked to be interviewed on cable news by that guy from "The Apprentice." The New York Observer was there:

"I want to apologize for being so late, I know that’s not respectful of your time, so please accept my apology," Ms. O’Donnell began. "We started out at about five o’clock in the morning at Fox and Friends and we’ve gone nonstop until the final stop at CNN a few minutes ago." No mention was made of the walk-out that Mr. Morgan was hyping on Twitter.

O'Donnell was even asked about the unfairness of the liberal media, and she declined to bring up any sort of ill treatment she may have suffered at the hands of Larry King's replacement.

I think O'Donnell was probably just nervous about being late for this other thing, and so she came up with an excuse to bolt early. As someone who is chronically late and frequently anxious, I can relate! Speaking to an Observer reporter after her talk, O'Donnell made her abrupt departure sound like a scheduling issue.

Of course, then O'Donnell said other, weirder things:

There is a double standard at work for women candidates, Ms. O’Donnell told The Observer: "In the 2008 campaign, no one would have dared ask Barack Obama, ‘How are you going to control your libido. You're a strapping young man. What are you going to do around all those interns?’ But people can ask Michele Bachmann about her migraines."

Yes, right, of course. It is a double standard that the press would be interested in Michele Bachmann's chronic migraines but not in Barack Obama's strappingness and heretofore unnoticed out-of-control libido.

I understand that O'Donnell meant to call the media's prurient-seeming interest in her past romantic escapades hypocritical, without drawing attention to That One Thing With the Ladybug Costume, but perhaps she should have come up with an actual example of a double standard, instead of just saying things that make no sense and that also could be ... taken the wrong way. ("Strapping!" Is that the word you think of when you think of Barack Obama?)