How to end this stock market madness

Tired of the massive plunges like we saw again on Thursday? Here's how we can restore Wall Street's confidence 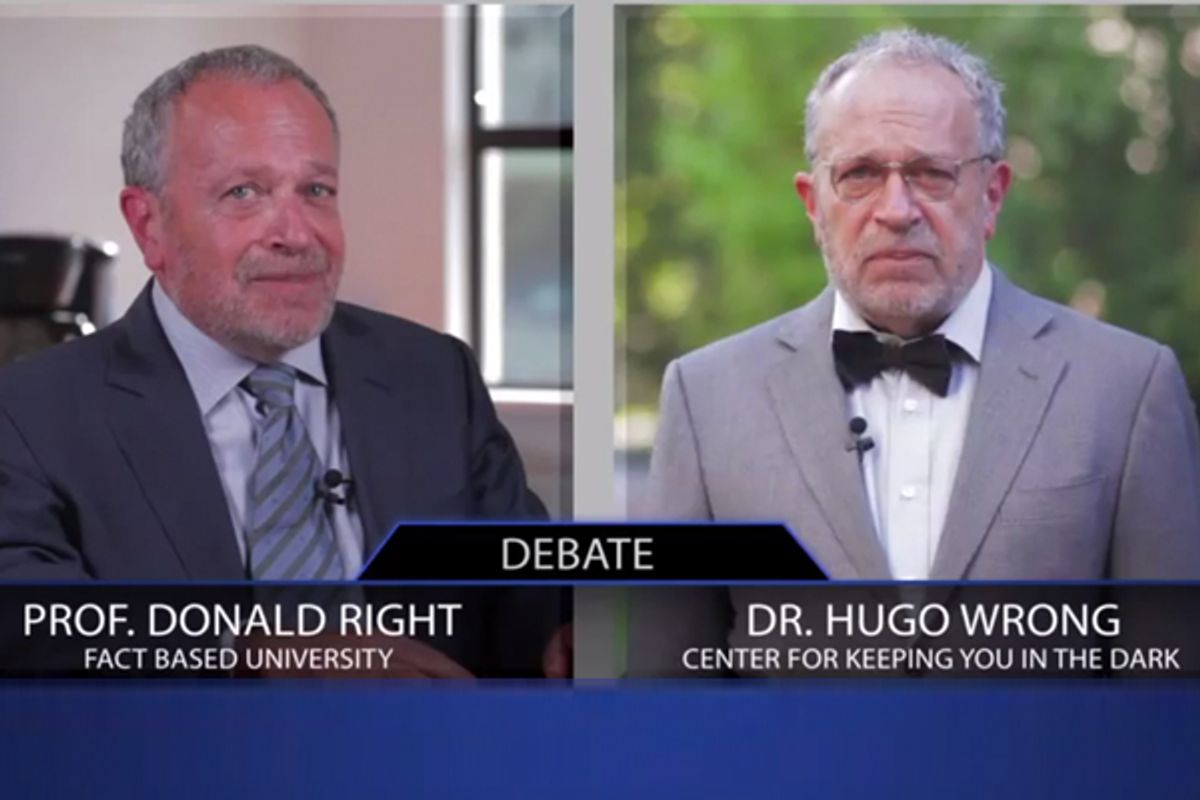 The Dow Jones average suffered its latest calamitous decline on Thursday, plunging 419 points and erasing much of the progress that had been made after the last series of wild swings two weeks ago.

There were many factors at work in Thursday's carnage, which came after markets in Asia and Europe experienced similar turmoil, but the overriding one seems to be this: Just about everyone now believes the U.S. economy is getting worse -- and no one thinks our leaders in Washington are about to do anything meaningful about it.

So we thought it might be a good time to take a step back and consider the fundamental absurdity of the paralysis in Washington, where spending cuts and deficit reduction -- and not job creation -- have come to define and dominate the discussion. And who better to illustrate this than ... Robert Reich, playing the roles of both Professor Donald Right and Dr. Hugo Wrong in a one-man show that everyone on Capitol Hill really ought to check out:

(Reich's video can be found