Watch: Seven minutes in heaven with Hoda, the true meaning of crossword puzzles, and a dog walking itself 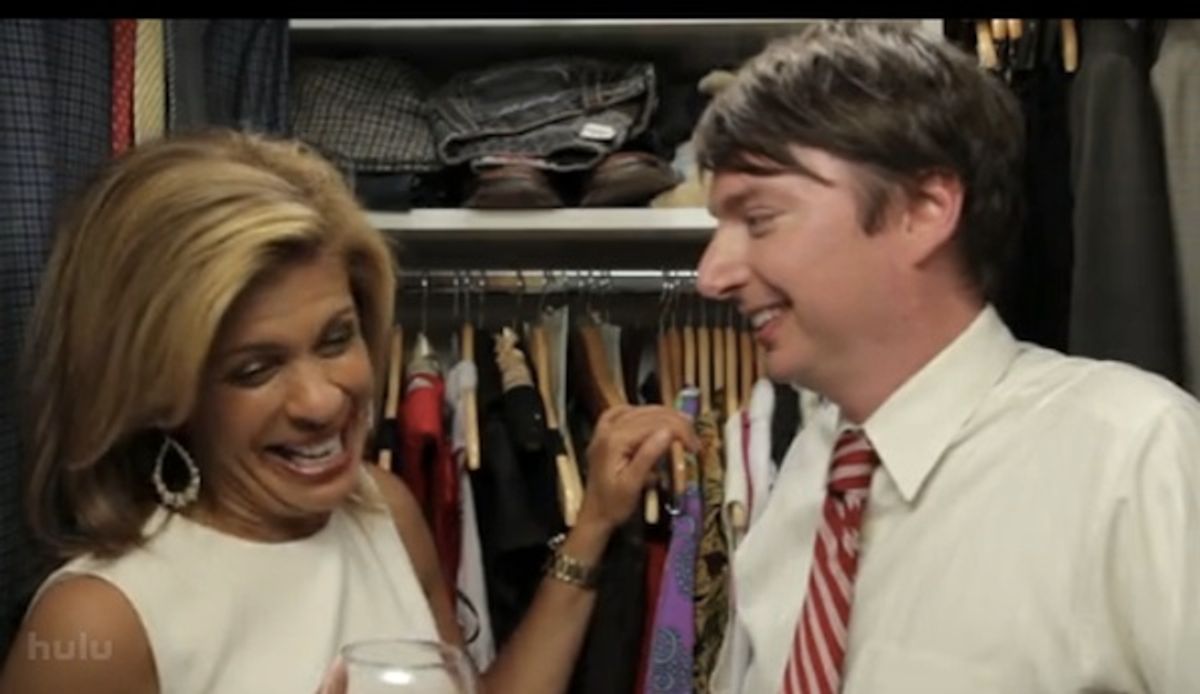 I think there's a lot to be said for this video, and I might not be the person to say it. It's so simple, yet so profoundly sad. Why is this dog walking itself, you may ask. Where did its master go? Where is the dog planning to go next? And is it just a sad statement on our society that some kids taping this poor ole' guy on the boardwalk think it's "awesome" that this dog is forlornly carrying its own leash in its mouth?

Look, we all think it's hysterical that French actor Gerard Depardieu loves to pee on people on airplanes. But Anderson Cooper really just can't hold it together on live TV when talking about the incident.  Maybe he needs to go back to journalism school.

(Just kidding, only a robot wouldn't laugh at this story.)

4. A four letter word for "innuendo during crosswords":

As it turns out, whenever people ask for help in crossword puzzles in TV or movies, what they are really asking is for social acceptance ... and love.

If you haven't been checking out Mike O'Brien's "7 Minutes in Heaven" series, they are pretty genius. It's not "Between Two Ferns" or anything, and Mike here seems way more like Kenneth from "30 Rock" than a mean-spirited interviewer trying to "punk" celebrities, but he's very good at being funny anyway! I think it's his natural instinct to let these performers do whatever the hell they want during the segment, which in Hoda Kotb's case is definitely drinking red wine and talking crap about Kathie Lee.