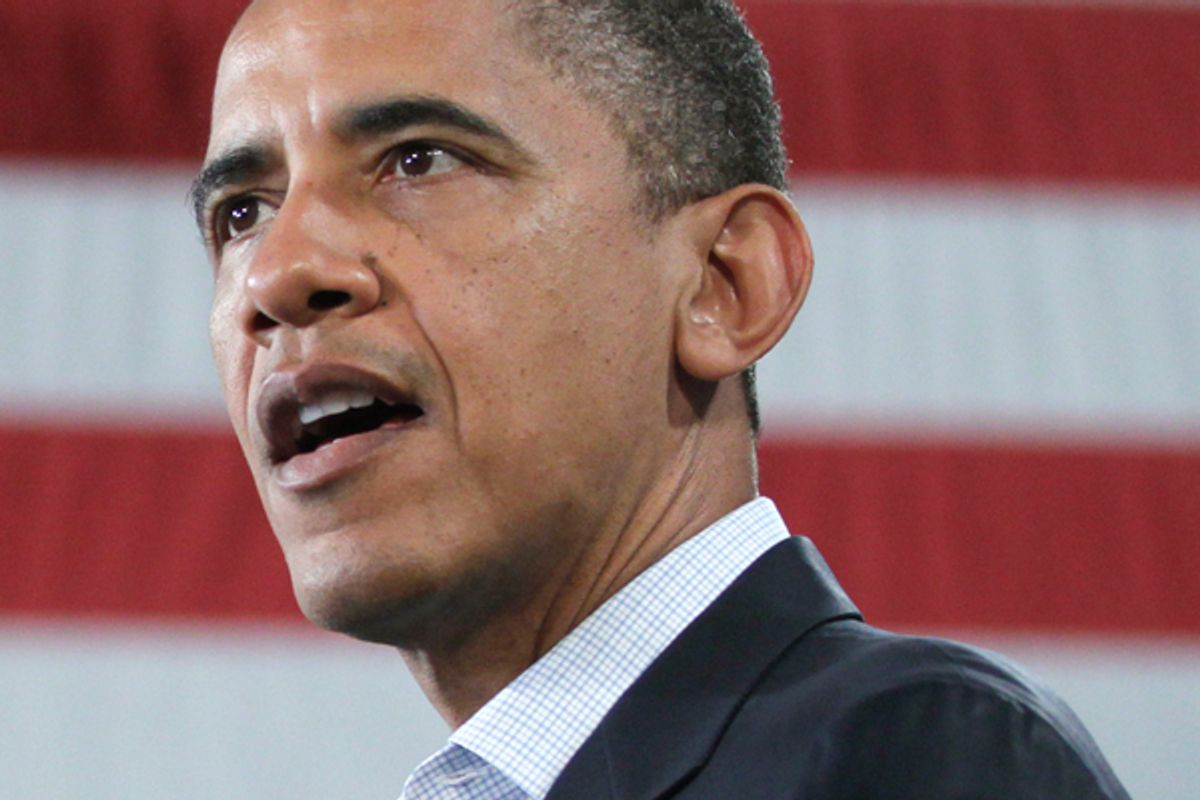 I like to ask friends about the oddest summer job they ever had. One talks about how he used to don a rubber suit every morning at a Sylvania electronics plant in Syracuse, NY, and climb into a tank, where he dipped television tubes into some sort of mercury solution. He now moonlights as a thermometer.

Another spent a summer walking from floor to floor of a Manhattan skyscraper. His job was to take a long stick and un-jam the mail chute that ran alongside the elevator banks from the highest floor of the building to the bottom. When he reached the basement, he took the elevator back to the top and started all over again, a Sisyphean postman.

A third worked in a factory that canned orange juice concentrate. In the process of filtering for impurities, the pulp was removed from the juice. But lots of people insisted on the authentic taste and texture of pulp in their OJ, so my friend's job was to sit with an ice pick and an enormous frozen block of pulp. As cans of concentrate came by on a conveyor belt, he'd chip off a bit and throw it in.

Much of that kind of summer work doesn't exist these days for teenagers or anyone else, not only because of our snail-like jobless recovery, but also the simple reality that technology has kissed goodbye to so many of our relatively mindless, rote occupations. My first college summer job was working at The New Republic, where I was in charge of compiling the publication's semi-annual index, a deadly duty that required a typewriter and piles of index cards on which were noted subjects, authors, dates, etc. I then spent several days taping them onto long sheets of legal paper which were shipped off to the printer. My first published work. Today, computers compile and collate that kind of data in nanoseconds. Good for them and us, I guess, but at least it was a job when I needed one.

Technology, outsourcing, the colossal economic meltdown of 2008 -- according to the Bureau of Labor Statistics, in June, there were 4.5 out of work men and women for every available job. That's down slightly from 4.6 to 1 in May, but "still extremely high," reported Heidi Shierholz of the progressive Economic Policy Institute. "June marks two-and-a-half years straight that the job seeker's ratio has been substantially above 4-to-1… [That means] for three out of four unemployed workers, there are simply no jobs."

She continues, "Unfortunately, instead of helping the unemployment situation, the debt ceiling deal… will slow growth and make joblessness worse." Gene Robinson of The Washington Post concurs and adds: "The Republican solution has been to eliminate jobs rather than create them. Last month, the economy added 117,000 jobs -- a performance so weak that unemployment changed little. The private sector actually added 154,000 jobs, but the public sector lost 37,000 jobs as Republicans continue to impose an austerity program at an inopportune moment."

Republican House members even oppose House Democratic Caucus Chairman John Larson's proposal to set up a joint select committee on job creation, with representatives from both parties, similar to the new, debt deal supercommittee that's supposed to carve at least $1.2 trillion out of the deficit. (Hard to believe Capitol Hill could ever resist creating yet another committee but go figure.)

Speaker John Boehner's spokesman says it "sounds like a scheme for more of the same failed 'stimulus' government spending," but as Gene Robinson noted, "The GOP seems to believe that a federal, state or local job somehow isn't a 'real' job. I'll bet most Americans know otherwise."

Because there actually are lots of solid proposals beyond the Republicans' broken record of more tax cuts for corporations and the wealthy, deregulation and continued exploitation of fossil fuels -- "their mantra," as Wall Street exec and former Treasury official Steven Rattner writes, of "repeal and retrenchment, devoid of new initiatives or a positive agenda."

There are jobs to be had, jobs for the creating, even good ones, if Washington can just pull its head out of … the hole it's dug for itself. But just as a starting point of reference, for all the GOP denigration of TARP, actions by the Federal Reserve and the Obama stimulus, according to a recent report issued by the non-partisan policy group Demos, "It's important to remember that we dodged a far more lethal bullet. The Great Recession could have turned into another Great Depression. The fact that it did not is attributable to the federal government's forceful macroeconomic intervention in late 2008 and early 2009. Economists Alan Blinder and Mark Zandi (one a former Clinton appointee to the Federal Reserve Board of Governors, and the other a former economic advisor to Senator John McCain) have estimated that the nation's unemployment rate would have reached 16 percent rather than its actual 10.1 percent in the absence of this intervention."

The report, "Back to Work: A Public Jobs Proposal for Economic Recovery," written by Rutgers law and economics professor Philip Harvey, recommends an approach that

"doesn't require us to wait for the economy to recover in order to put people back to work. It puts people back to work as a way of nourishing the recovery. It's a strategy for producing a job-led recovery rather than the jobless recovery we have been experiencing so far.

"The recovery strategy… is conceptually simple: Create jobs for the unemployed directly and immediately in public employment programs that produce useful goods and services for the public's benefit. What this does for the unemployed is obvious. They get decent work while they wait for the recession to run its course... Benefits delivered… trickle up to the private sector, inducing private sector job creation that supplements the immediate employment effect of the job creation program itself. "

A million temporary jobs in a federally administered, direct jobs creation program -- jobs in childcare, eldercare, education, public health and housing, construction and maintenance, recreation and the arts. And as many as 414,000 jobs created outside the program. Annual cost in program spending: $46.4 billion. Actual net cost, taking into account revenues and savings: only $28.6 billion. How? For a fuller explanation, you can read the complete Demos report here. (Full disclosure: I'm a fellow at Demos.)

By the way, Harvey adds:

"We currently need about 8.2 million more jobs to reduce the nation's unemployment rate to 4.5%. Creating that many jobs in a program like the one described… would require a net increase in federal spending of about $235 billion during the first year... If the Bush-era tax cuts had been allowed to expire at the end of 2010, the federal government would have collected about $295 billion in additional revenue during 2011. This would have been more than enough to cover the cost of the job program."

Aspects of the report's proposals are mirrored by legislation soon to be introduced by Illinois Democratic Congresswoman Jan Schakowsky -- the Emergency Jobs to Restore the American Dream Act. Over two years, her plan would cost $227 billion and would be paid for by tax increases for those earning more than $1 million and $1 billion, closing corporate tax loopholes and ending subsidies for big oil. She says such programs as a School Improvement Corps, a Park Improvement Corps, a Community Corps, and the Neighborhood Heroes Corps, among other such New Deal-echoing creations, would create 2.2 million jobs and decrease unemployment by 1.3 percent.

Before you uncase your dueling pistols or put quill to parchment in an angry letter to the Times, for those of the right and center who seethe that Rep. Schakowsky's plan veers too close to the days of FDR or even the sunny side of Bolshevism, there's also a proposal floating about from the Alliance of American Manufacturing, a coalition of leading manufacturers and the United Steelworkers, that focuses on private sector job creation. One manufacturing job, they say, supports four or five others.

Among its provisions, according to AAM's executive director Scott N. Paul: a national infrastructure bank leveraging capital for transportation and energy projects (a similar proposal is favored by President Obama); reshaping the tax code "in a revenue neutral way to provide incentives for job creation and investment," including R&D tax credits and lower tax rates for manufacturing in America; "buy America" provisions for all federal spending; expediting small business loans; and shifting "some education investment to rebuilding our vocational and technical skills."

"Kick any CEO off of federal advisory boards or jobs councils who has: (1) not created net new American jobs over the past five years, or (2) is expanding the company's foreign workforce at a faster rate than its domestic workforce. Replace them with CEOs who are committed to investing in America. Shame is a good motivator."

The president will make a major speech on jobs shortly after Labor Day. According to the Associated Press, "It is likely to include tax cuts to help the middle class, a build-up-America construction program that goes beyond any infrastructure proposal Obama has had already, and targeted help for the particularly worrisome group of people who have remained unemployed for many months in a row."

All good, but unfortunately, if the past is any indication, what President Obama proposes will not be as bold or far-reaching as many of the ideas presented above. It certainly won't include my personal favorite, as suggested by Steve Benen at Washington Monthly's "Political Animal" blog:

"Have the White House take the several hundred letters GOP lawmakers have sent to the executive branch since 2009, asking for public investments, and let President Obama announce he'll gladly fund all of the Republicans' requests that have not yet been filled. This is especially important when it comes to infrastructure, a sector in which GOP members have pleaded for more investment in their areas… If these Republican lawmakers have identified worthwhile projects in need of government spending, which they themselves insist will boost the economy, why not start spending the money GOP officials want to see spent?"

Why not indeed? Alas, such an idea runs smack into more deficits: a deficit of irony among Republicans, certainly, but worse, a deficit of commitment and vision from a White House which until now at least, has been more focused on the pragmatic middle, despite a gainsaying opposition that yields nothing. Still, as Benen writes, "When Republicans say 'no jobs, no way,' at least the nation will be able to see where both parties stand, and then choose accordingly next year." Amen.