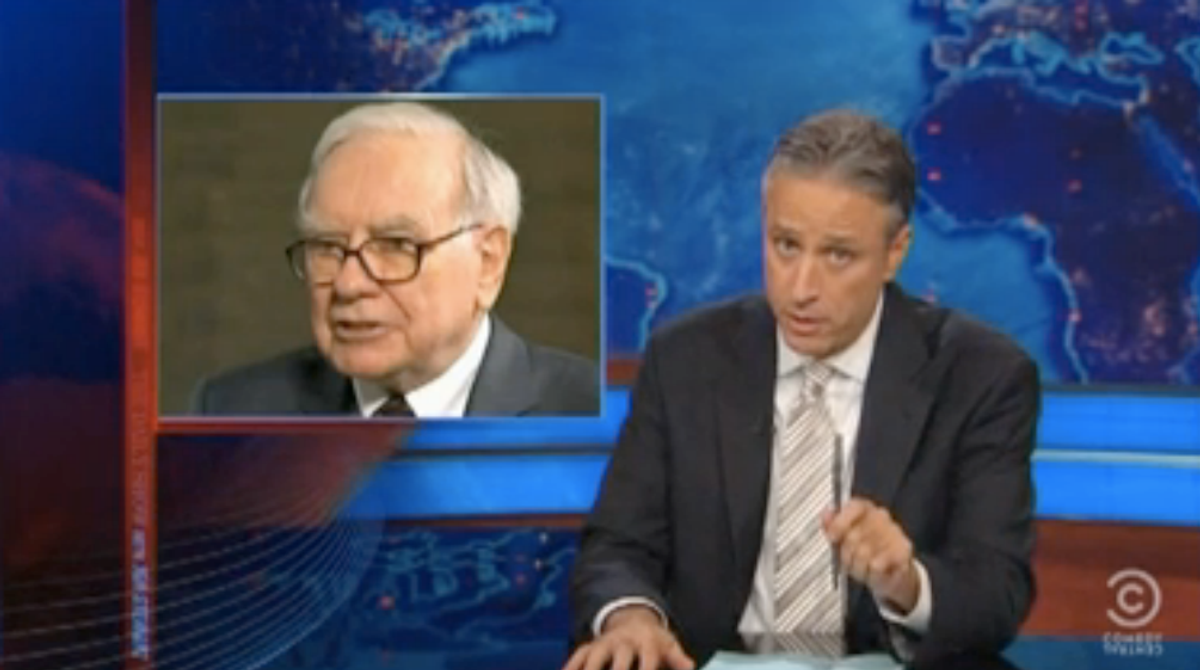 The folks over at Fox News and Fox Business were predictably incensed with Warren Buffett this week. America's second-richest man suggested on Monday, by way of a New York Times op-ed, that billionaires need to be taxed more in order to make a meaningful dent in the country's long-term debt problem. In response, the Hannitys, Cavutos and Ingrahams of the cable universe wondered what on earth had gotten into the Oracle's billion-dollar brain. At least one even wondered aloud, "Is Warren Buffett a socialist?"

Jon Stewart volleyed back on "The Daily Show" last night, suggesting: "You really have no clue what socialism is, do you?"