Martina McBride will "Love You Through" cancer

The country singer creates the disease's first theme song -- why am I underwhelmed? 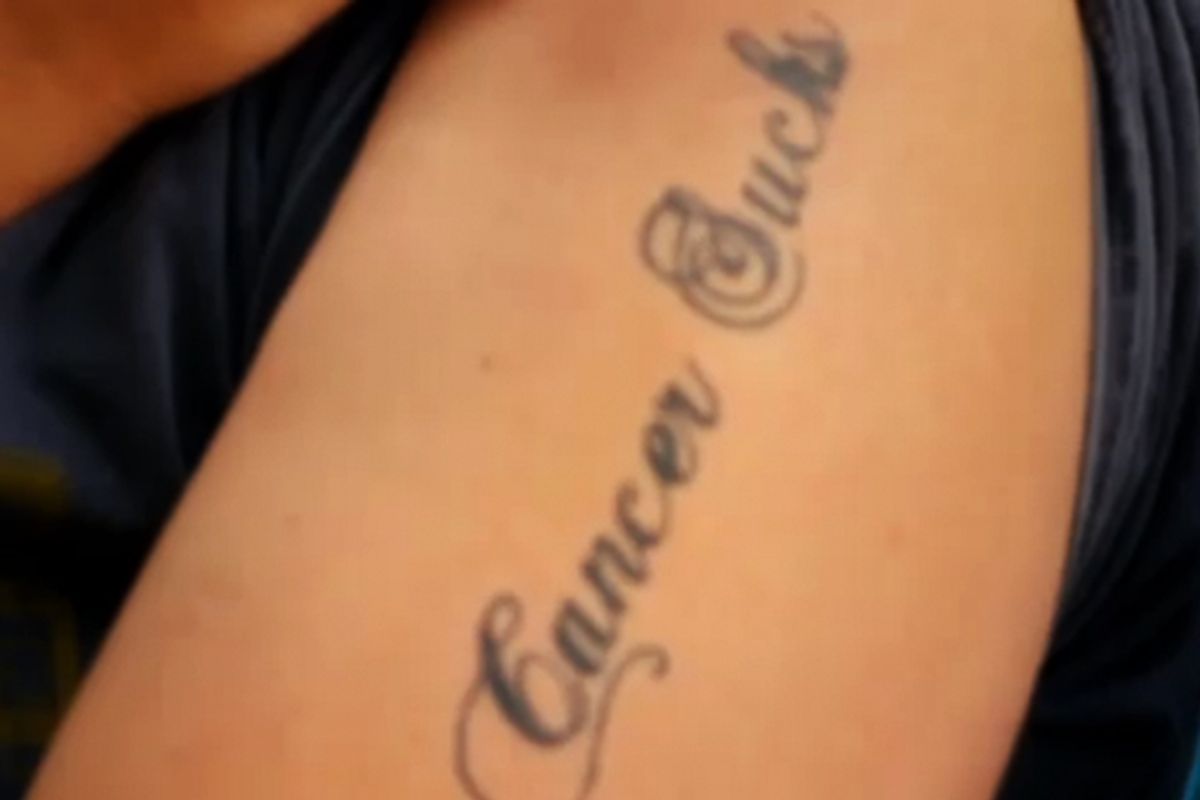 You don't have to convince me that, as the tattoo on a man in Martina McBride's new video reads, "Cancer Sucks." In the past year, it tried to kill one of my best friends and me, and it succeeded in burying my father-in-law. You know what I'm doing immediately after filing this story? Running to Sloan-Kettering on the surprise summons of my doctor. Cancer doesn't just suck, it messes with your day. But when I read that McBride was debuting a new cancer-themed video this week, "I'm Gonna Love You Through It," my reaction was mixed. Until now, we in the cancer community have never had our own special song, our disease-themed "Empire State of Mind." Yet in much the same way that not every homosexual is down with rainbows, not every person who's had cancer is brimming with anticipation for a catchy tune about her disease.

McBride, who has never had cancer, explained recently that she wanted to "offer hope and inspiration to so many people who are going through or have been through cancer and the people who love them through it." To that end, songwriters Ben Hayslip, Jimmy Yeary and Yeary's wife, Sonya Isaacs penned a story about how "Cancer don't discriminate or care if you're just 38 / With three kids who need her in their lives." For the video, she recruited survivors including Sheryl Crow, Robin Roberts and Hoda Kotb, as well as Katie Couric, who lost her husband to colon cancer in 1998.

Singers can tackle any subjects they desire, and the uniquely dreadful experiences of having cancer or loving someone who does are certainly rich material. Yet in much the same way that I'm skeptical of pink-ribboned merchandise that does nothing or next to nothing to help people dealing with illness, I'm uneasy with a video that doesn't have even a tacked-on mention of any of the myriad resources for people with cancer, or a word from McBride of her intention to donate any of the profits from the single. McBride told CMT this week that "Hopefully this song can change lives. Most of the time, we try to write fun, up-tempo, feel-good songs, but this one is actually going to touch a lot of lives, I think."

I'm all for the healing power of a righteous pop song, even if my own inspirational playlist runs more toward The Clash and Kanye. And I know people with cancer deserve to hear their stories in song as much as anybody else. But if McBride is serious about "changing lives" with a tune whose subject gives it the potential to be a massive hit, it'd sure be nice to see her using her formidable voice to raise more than just awareness.