Adventures for your inner daredevil

From bungee jumping in China to para-gliding in Peru, these gravity-defying activities will get your heart pounding 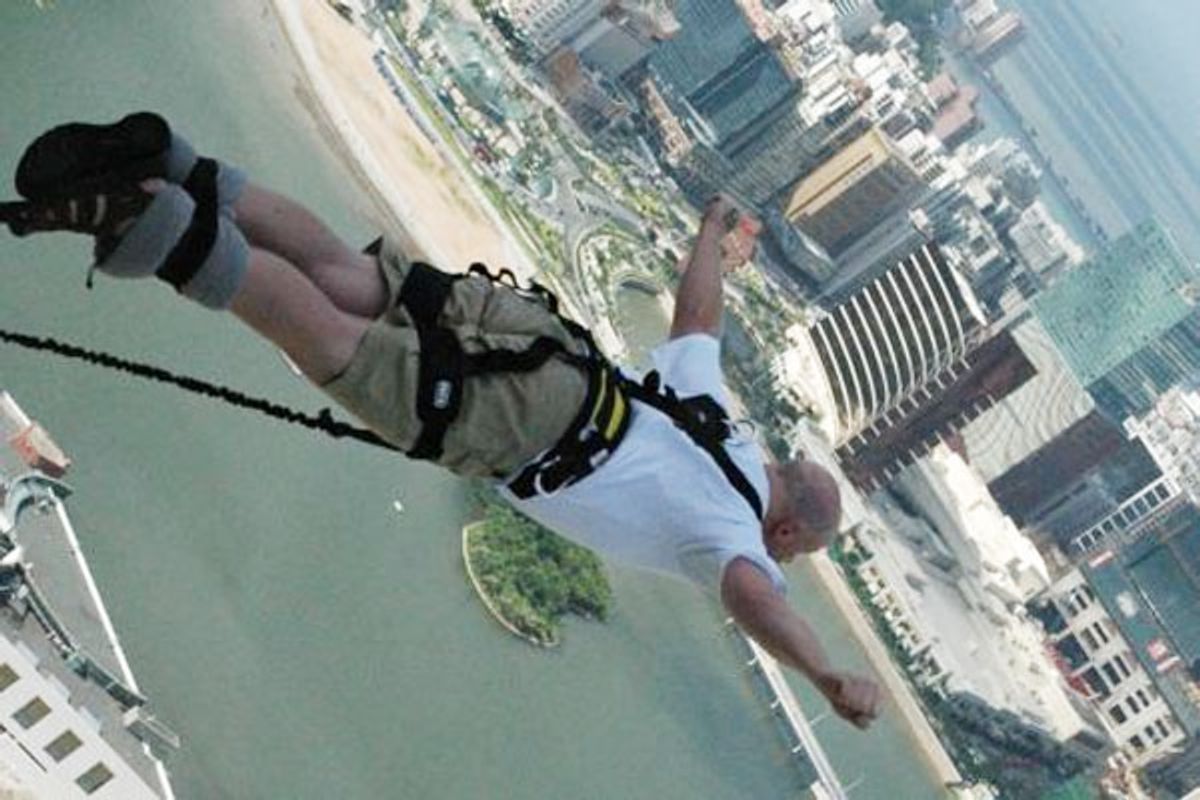 "Relax, keep your eyes open, and don't be alarmed if you have an uncontrolled bowel movement the first time -- it happens," advises the not-quite-half-joking skydiving instructor as the jittery would-be jumpers cling to the rim of the open cargo door. While many other sectors of the tourism industry are lagging, the adventure business is booming. What used to constitute fringe activities by a band of "crazies" is increasingly regulated, mainstream and safe enough that families or co-workers can now go zip-lining or bungee jumping together (which is pushing the fringe to new and much more dangerous, incontinence-inducing extremes).

Many cultures have rites of passage that could qualify as extreme sports. Bungee jumping is rooted in the ritual jumping in Vanuatu that takes place as a fertility rite during the yam harvest. Young men climb to the top of a wooden tower to dive off with vines tied around their ankles, hoping to just graze the ground. In the 1970s, Oxford University's Dangerous Sports Club tested the idea from a bridge with more modern equipment and the new sport spread to New Zealand, the spiritual home of the world's adrenaline junkies and their boundary-expanding guru, A.J. Hackett.

We now know that these kinds of experiences trigger a fight-or-flight response, bathing our brains in adrenaline and dopamine. A drug-like rush ensues: People who engage in these activities on a regular basis report an ephemeral and transcendent sense of timelessness and immortality. While some consider it a Freudian manifestation of the death wish, there is an increasing body of research that suggests that safely creating these discrete experiences of "controlled danger" provides a beneficial release for the sensation- and novelty-seekers among us who feel stifled by an increasingly sedentary and virtual existence (which is fraught with its own health risks).

It's certainly not for everyone, but odds are there's a zip line, bungee jump and/or skydiving center within driving distance of where you live. These 14 may not be the biggest or scariest, but they are all set in beautiful places that were recommended by our writers -- we don't directly endorse any of them -- caution and common sense are always advised! You can find more places to jump on Trazzler.