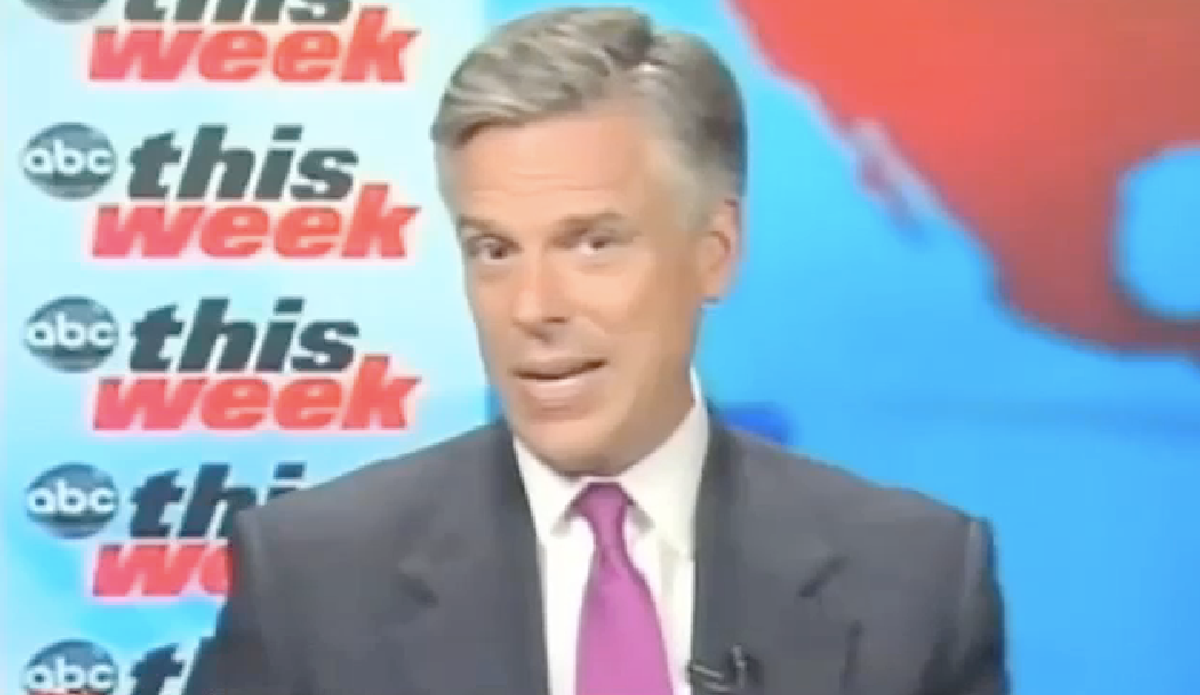 Republican presidential candidate Jon Huntsman is clearly hoping to set himself apart from the GOP pack by staking a strong position as a moderate leading into the primaries. That strategy was on full display yesterday on ABC's This Week, where Huntsman had some strong words for Texas Gov. Rick Perry. First, he slammed the Texas governor's stated skepticism toward evolution and climate change, saying, "The minute that the Republican Party becomes the anti-science party, we have a huge problem.” Likewise, he suggested Perry's comments about Ben Bernanke last week were unpresidential.