Will Syria's regime fall next? 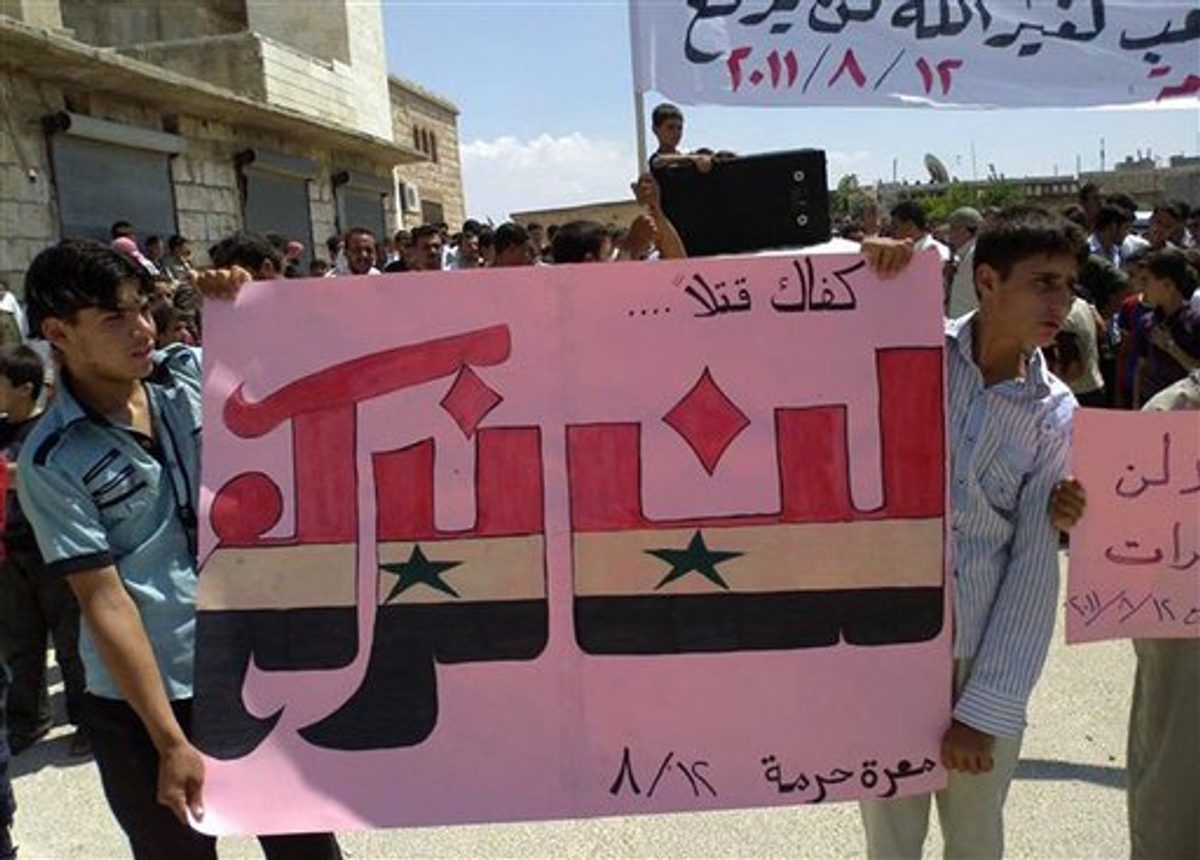 BOSTON -- Across the Middle East, the dominoes of the Arab Spring continue to fall.

East from Libya, on the other side of the Mediterranean, sits the country that will almost certainly be next -- Syria. Events in Libya have shown that bullets are not enough to crush this historic drive for freedom.

On January 11, Tunisia gave birth to the 21st century's most important revolutionary movement. It took only 28 days from the self-immolation of a young fruit seller named Mohamed Bouazizi for the Tunisian protesters to drive President Zine El-Abidine Ben Ali from power and into exile.

Egypt was next. From a popular uprising on Jan. 25 that grew steadily in power and size and passion, it took barely three weeks to break the decades long, iron grip on power of President Hosni Mubarak and to force his resignation on Feb. 11. The most important country in North Africa, indeed one of the most important countries in the entire Middle East had moved into unchartered waters with profound implications for the world and for that region's peace.

And now Libya is falling. This fight was longer and much bloodier. It began with peaceful protests against the regime of Col Moammar Gadhafi regime on Feb. 15. But the government responded with brute force and the revolution spread. In early March, Gadhafi forces rallied and marched toward the rebel stronghold in the eastern city of Benghazi. Gadhafi then made his crucial mistake: He threatened to hunt down and kill the rebels house by house. The Western allies rightly decided that they could not look the other way while a massacre occurred so close to the European heartland.

On Mar. 27, NATO began Operation Unified Protector, surely the most awkwardly named military operation in history. Authorized under United Nations Resolution 1973, with the goal of protecting civilians and civilian populated areas under threat of attack, NATO began a bombing campaign that halted Gadhafi's almost certain capture of Benghazi and, over time, wore down the government forces, preparing the way for the rebels' dramatic surge into Tripoli on Sunday, Aug. 21.

Libya endured six months of see-sawing, frequently vicious fighting but now all of eastern North Africa is free of their repressive regimes. The future of democracy in each of these nations remains open to question and much difficult work remains to be done in the months and years ahead. But already the Arab Spring deserves to be seen as one of the great movements in modern history.

And that movement is far from over. Several hundred miles east across the Mediterranean Sea from Libya lies Syria, another ancient land that has also been ruled as a family dynasty for four decades -- since February 1971 when Hafez al-Assad became president. After his death in June 2000, his son, Bashar al-Assad, became president and has ruled now for 11 years.

The Syrian people, like so many others in the region, have endured great suffering and ceaseless repression at the hands of both Assads. Most infamously, the first President Assad in February 1982 directed the Syrian Army to attack the city of Hama in order to suppress an uprising by the Muslim Brotherhood. An estimated 20,000 people were killed and much of the city was bulldozed by the Syrian Army -- an event that still today stands as the bloodiest repression by an Arab ruler against his own people.

The electricity generated by the uprisings in Tunisia quickly spread to Damascus, the Syrian capital, and by Jan. 26 protests began there, with people calling for reforms in the political system, expansion of civil rights, and an end to the so-called "state of emergency" laws that had been in place since 1963. Protests spread throughout Syria and the regime struck back with unrestrained fury and no regard for human life. More than 2,000 civilians have been killed along with an unknown number of security forces.

The Syrian people have shown extraordinary courage in the face of brutal repression. The United States and numerous other nations have at last called on Assad to step down. Turkey, Syria's powerful neighbor to the north, was among the first in the region to take a stand as early as March, urging Assad to undertake reforms. In May, Turkish Prime Minister Recep Tayyip Erdogan broke with Assad altogether.

Bashar al-Assad's days are numbered. As much as any of the dictators who have fallen before him, from Tunisia to Egypt to Libya, Assad deserves to go. On September 11th, Assad will turn 46. If he hasn't been swept from power by then, it would be the perfect moment for him to give the Syrian people, and all the people of the Middle East, a birthday present -- his resignation from power.