Erick Erickson to insurgent candidate: Sorry, my bosses are friends with George Allen 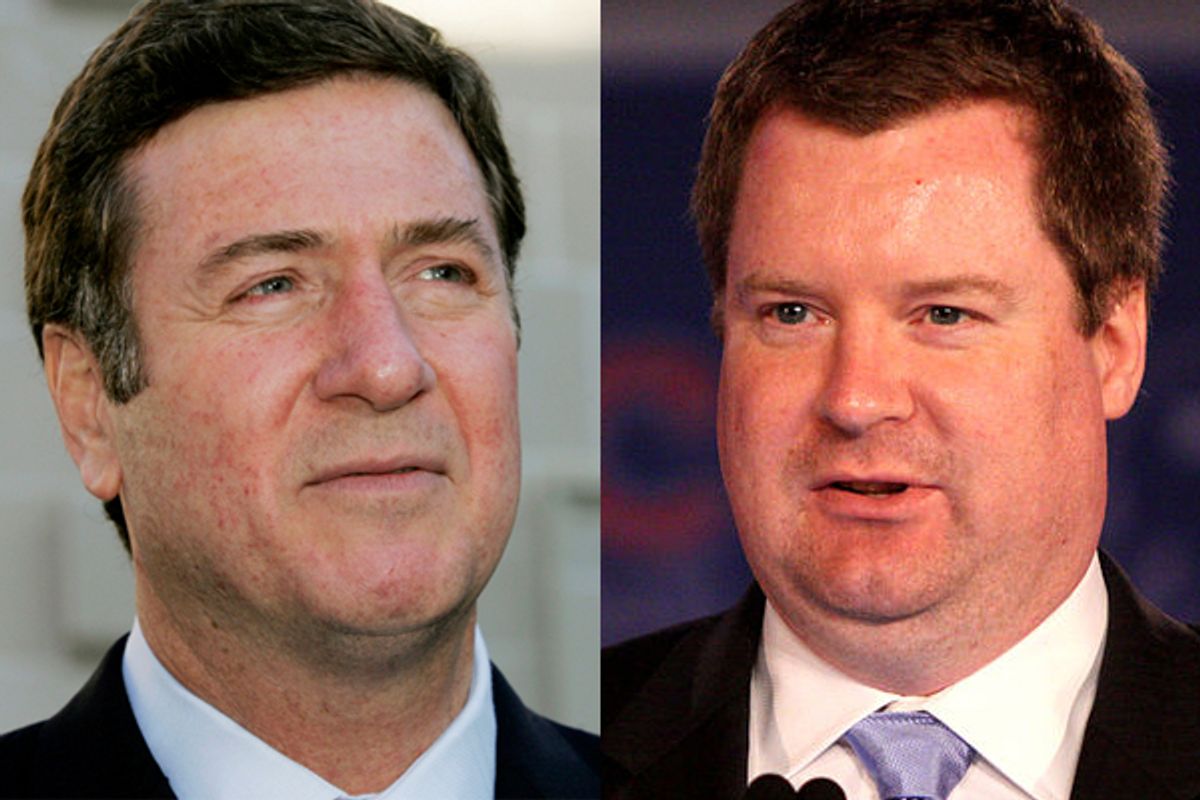 Erick Erickson is a popular and influential Republican blogger because his name is fun to write and say. At least I think that's why he's popular and influential. It certainly isn't because he's a deep thinker or brilliant strategist or compelling writer or independent voice. He masquerades as the last one, but Ben Smith today brings word of Erickson aiding a consummate hack establishment Republican politician because Erickson's bosses are regulars on the dreaded cocktail party circuit.

George Allen, the former senator from Virginia notable primarily for being as casually racist as a senator from Virginia twice his age, is running for Senate again. Erickson initially opposed Allen, preferring a more Tea Partyish challenger named Jamie Radtke. Then he stopped mentioning the Radtke campaign, and then he didn't invite Radtke to his "RedState convention." He explained why in an email:

“My bosses are huge Allen friends, not just fans. They are socially connected,” he wrote. “So I'm having to tread carefully in this. Happy to help, but it's got me in a difficult position. So please come and let me introduce you to people, but just understand that I have to be delicate for now.”

Erickson's bosses are the good people of Eagle Publishing, owners of Regnery books and Human Events. The people in charge are largely old longtime Republican insiders you've never heard of. (Fun fact: One member of Eagle's board of directors is "Wheel of Fortune" host Pat Sajak!)

I'm trying to imagine this sort of thing happening in the liberal blogosphere, and besides some old high drama at the New Republic, I can't really see it. Would the Center for American Progress tell Matt Yglesias to lay off someone John Podesta plays tennis with?

This isn't the first time Erickson's "independence" has come into question. In June, Ben Smith published an email from Erickson's publisher offering "Erick's video endorsement" as part of a sponsorship package marketed to conservative organizations. Erickson vehemently denied that his endorsements were for sale. (Though the practice of favorably mentioning sponsors is pretty common on conservative talk radio, which is probably why Eagle thought it'd be kosher.)