The saddest Republican candidacy of them all

Is there anyone in America not named "Pataki" who wants George Pataki to run for president? 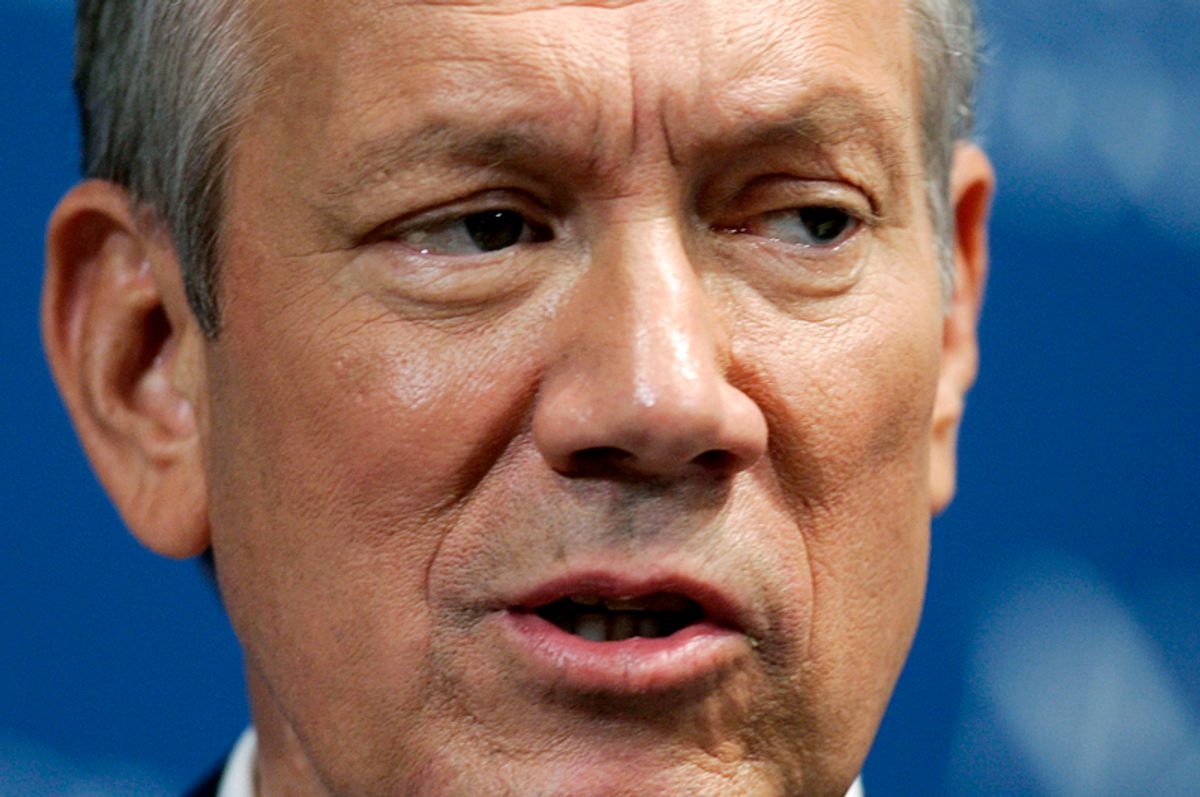 There's a reason why George Pataki seems to be moving toward a presidential campaign, but "because Republicans want him to" is not it.

The word this week is that the former New York governor's entry into the GOP race is imminent, and that he may use an event in Iowa this weekend to announce his plans. An official campaign website even went live for a brief period on Wednesday before being taken down. Not that we should be too surprised by all of this: Pataki has been trying hard for two years now to force his name into the 2012 mix.

And that's the problem: Republican leaders and activists have been hungry for new '12 options for a long time, but never once have they looked at Pataki and said, "Now there's our answer!"

Nor is there any reason to think they will if he jumps in. His long-standing support for abortion and gay rights is probably enough to doom him alone. When Rudy Giuliani won one delegate in 2008, it was the first time in 28 years that a pro-choice Republican candidate for president had even done that well.

Apparently, Pataki sees positioning himself as an anti-deficit crusader as a way around this. But while there are examples of past presidential candidates who have gained unexpected traction by playing up deficits (Paul Tsongas and Ross Perot), they were able to do so mainly because their opponents ignored or downplayed the issue. Pataki, by contrast, would simply be the ninth (or 10th, or however many there are) GOP candidate to claim that horrible, terrible deficits are threatening America's very existence.

But this is all analyzing the Pataki platform much too closely. The more basic reason why Republicans have tuned out his cries for attention is that he's simply not relevant anymore, and really hasn't been for a while. Sure, he ran one of the country's largest states for 12 years, but he wasn't even the most famous Republican from New York during that time -- Rudy was. Nor did he rack up any particularly notable achievements as governor, no innovative policy advances that captured the national media's interest or established him in conservative circles as the One To Watch. He came across as a thoroughly average, thoroughly boring governor. And now he comes across as a thoroughly average, thoroughly boring former governor whose name hasn't been on a ballot since 2002.

What this really amounts to is a sad story. Talk to those who know him and they will tell you that Pataki has long nursed presidential dreams, going back to his days at Yale in the 1960s. And there was a moment, a long time ago now, when it looked like he might actually have an opening to pursue those dreams. This was back in 1994, when -- with the invaluable (and, some claimed, unethical) assistance of then-Sen. Al D'Amato -- he grabbed the Republican nomination for governor of New York then upset Mario Cuomo in the fall.  The victory had very little to do with Pataki himself (D'Amato and the anti-Democratic tide of '94 did the job) but it nonetheless made him a hero to national Republicans.

But that was the high-water mark, and his 12-year run as governor didn't line up with any obvious opportunities to run for president. 1996 was too soon, so he settled for greasing the skids in the New York primary for Bob Dole, D'Amato's candidate. 2000 might have been a good year, but the GOP's governors all decided early to rally around one of their own, Texas' George W. Bush (Pataki's old Yale classmate) and Pataki merrily went along. 2004 was Bush's reelection year, so that was out too, and when he finally left Albany in 2006 and began making noises about a 2008 White House campaign, Pataki quickly discovered that he was overshadowed by Giuliani ... and everyone else. So he stayed out. Perhaps a different New York Republican governor with presidential ambitions would have found a way to create a national opening for himself in all that time, but that's just the point: That sort of attention-grabbing aggression isn't in Pataki's political DNA.

Even D'Amato, the man who made him governor all those years ago, now says it will be "difficult if not impossible" for Pataki to win the GOP nomination. But it looks like he may try anyway. In a way, you can't blame him: He's 66 and knows this is probably his last chance. And Republicans will most likely be happy to give him a place on their stage and to let him live out his dream of running. But it will be because he asked them to do it -- not because they invited him.