Will "Joe the Plumber" run for Congress?

And if so, how many minutes will it take for him to say something embarrassing to a reporter? Ten? 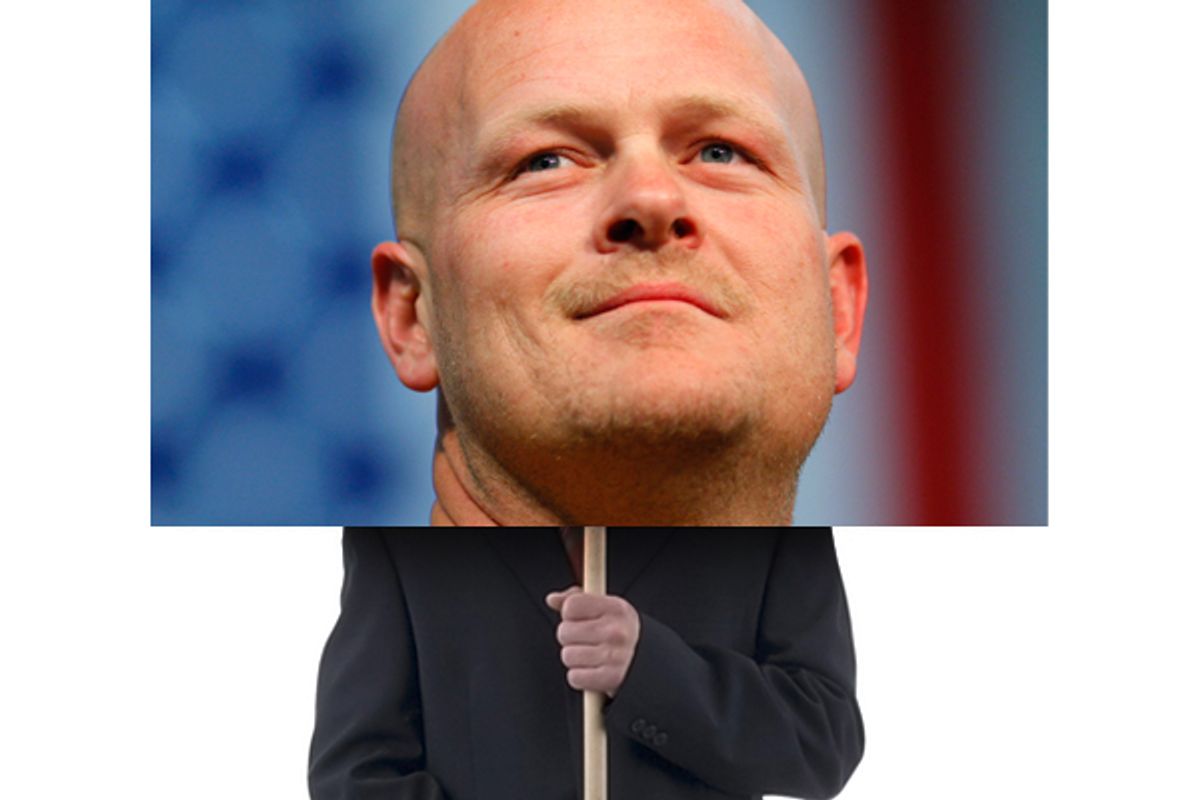 "Joe the Plumber," a man named Sam who is not a plumber, may run for Congress. Joe, a briefly famous desperate attempt by the John McCain campaign to paint Barack Obama as an enemy of the working man, is mulling a run against Rep. Marcy Kaptur, D-Ohio, who's been in the House since 1983. Joe told Yahoo's "The Ticket" his thoughts on the potential campaign:

"I'm not ruling anything out," Wurzelbacher told The Ticket in an interview Thursday. He added that he thought it was an "interesting idea" and that people have been asking him to run for office since he confronted Obama four years ago. He's spent much of his time since then on the speaker's circuit, he said, encouraging others to run for office.

"I like the idea of it -- just regular Americans running. If a regular guy runs, right away the media's going to attack him," Wurzelbacher said. "What kind of education does he have? What does he know about this? My answer to that is, regular Americans aren't experts, but dammit, look where the experts have gotten us. Maybe we need some regular guys in there. That's what I've been doing the past two and a half years, just encouraging regular Americans to run. Tell the liberal media to go to hell and I don't care what you guys say about me, I'm going to try to fix this country."

The local Republican Party is begging Mr. The Plumber to enter the race, because while running against a 30-year veteran is usually a pointless task, a pseudo-celebrity candidate can at least make a game of it. Kaptur won with 60 percent of the vote in 2010 and 74 percent in 2008, though there's a chance redistricting could make her vulnerable. (Kaptur also introduced a bill restoring Glass-Steagall! So basically I like her.)

Local Republicans say there's about a 90 percent chance Joe will enter the race, at which point once again he will be asked questions on camera and he will say embarrassing things, like he did last time.

But as dumb and small-minded and tiresome as Joe the Plumber is, there's no reason why he couldn't be a congressman. Ben Quayle is!