Remembering the cultural legacy of 9/11

Slide show: It wasn't the end of irony. But pop culture reflected the attacks in surprising and unforgettable ways 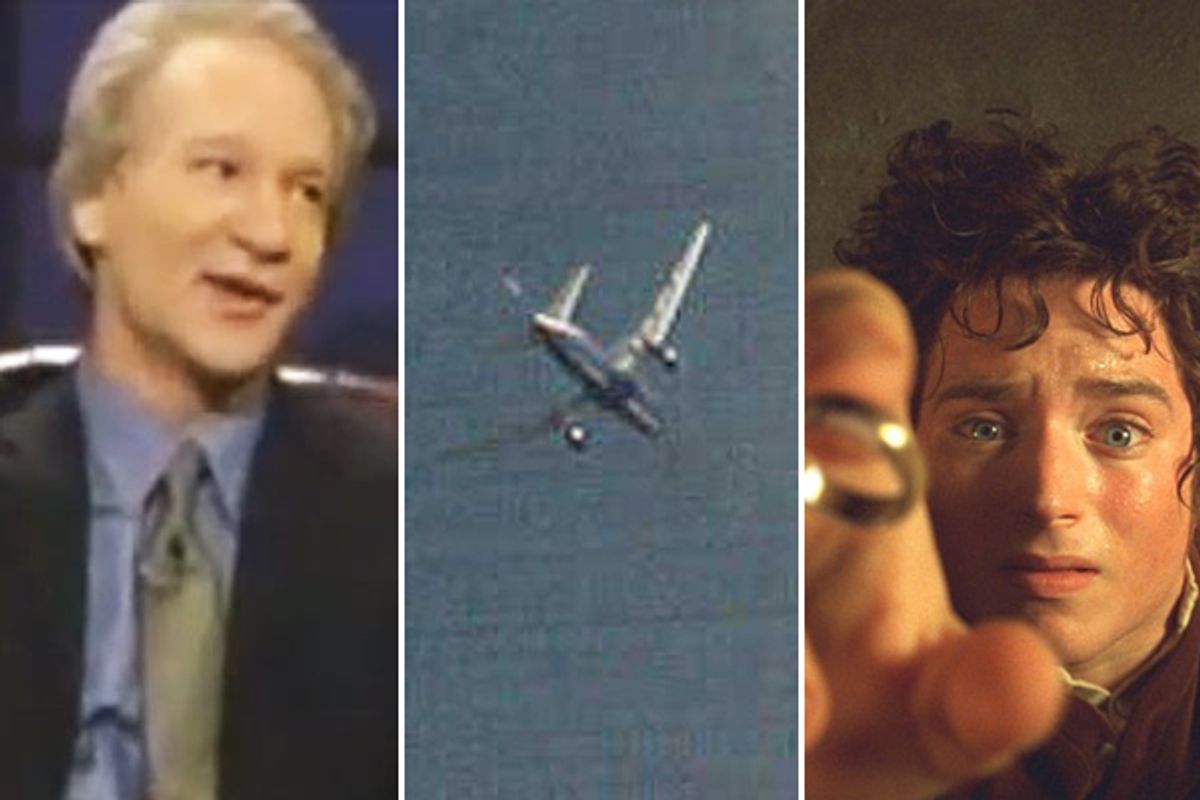 A thoughtful and elegant novel. A telethon of pop stars. A parade of Hollywood movies that all have two tall buildings in common.

These are but a few of the items featured in this week's slide show, which recounts the last three months of 2001 by looking at the popular culture that reflected it -- sometimes on purpose, sometimes by accident.

The criteria for this week's slide show are a bit slipperier than usual, because for once we're not talking about best this or worst that; we're talking about items in a fairly narrow slice of recent American history -- the titles of individual works and events that you think about when you remember what it was like to be alive in America in the weeks after the 9/11 attacks. Some of the items were specifically designed to respond to the trauma -- the telethon benefiting survivors, for example, and the New York Times' "Portraits of Grief" series. Other items seemed, often mysteriously, to reflect that strange, sad time even though they had been in the works for months or years before their release.

This is a big subject, so of course we might have left off something that had an impact on you -- a book, film, television program or piece of music that you think about when you think about the weeks that followed 9/11. And that's what the Letters section is for, so join us there.

Next Friday we'll publish a bigger sequel to this slide show that covers the rest of a long, strange decade.