Ron Paul on hurricane response: "We should be like 1900" 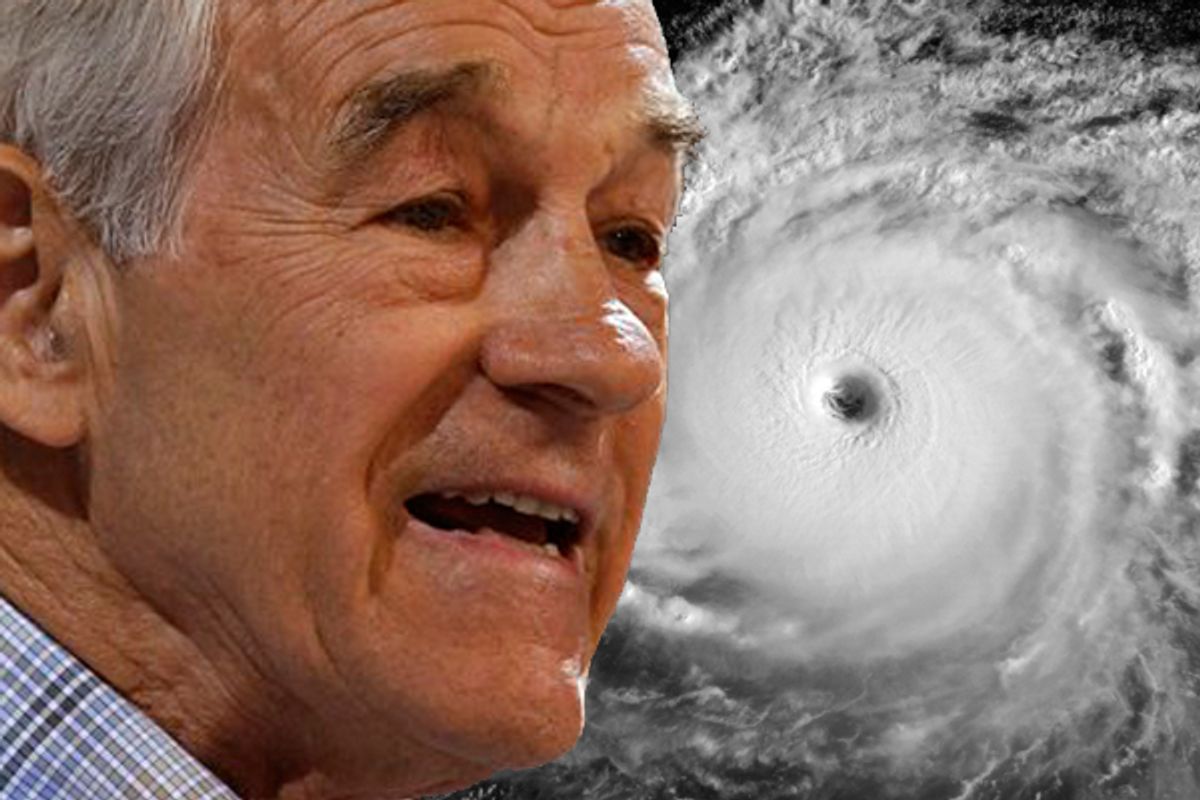 After a lunch speech today, Ron Paul slammed the Federal Emergency Management Agency, or FEMA, and said that no national response to Hurricane Irene is necessary.

(Galveston is in his district! Not that he spends a lot of time there.)

Paul doesn't support FEMA because of "moral hazard." The fact that people will receive help should a natural disaster strike encourages people to live where natural disaster happen. (Like "North America.") Paul is mostly talking about the National Flood Insurance Program, which definitely has glaring flaws as public policy, but abolishing the federal agency in charge of responding to natural disasters instead of fixing the problems with one program that agency oversees seems like overkill.

It's very old news that Ron Paul thinks we should abolish FEMA, it's just rare that you hear anyone say we should go back to the good old days of disaster response and management. "We should be like 1900" is a very illuminating statement.

Back in those days, after hurricanes would strike, communities would remain devastated, with thousands of people homeless and hungry, for weeks. And eventually they would beg the Federal War Department for help. (But they all enjoyed their liberty, as they waited in filth and disease for help from Uncle Sam.)