Secrecy, leaks, and the real criminals 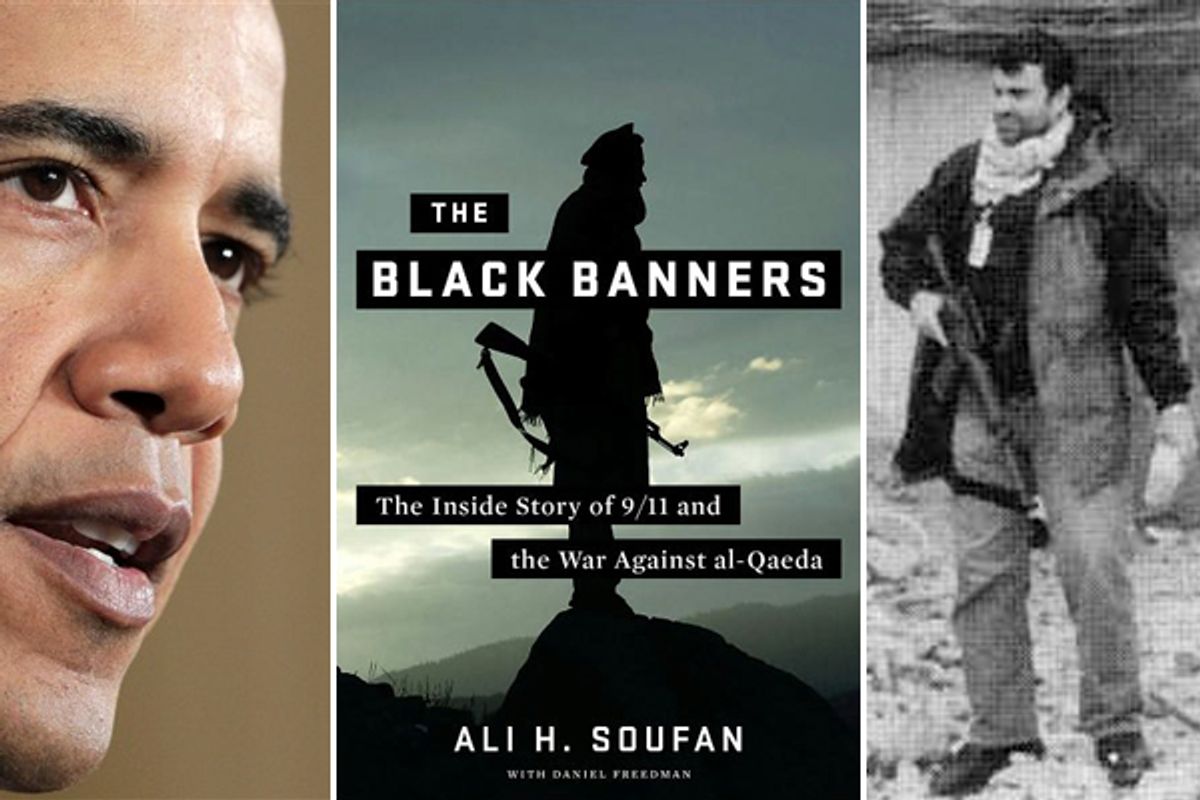 Ali Soufan is a long-time FBI agent and interrogator who was at the center of the U.S. government's counter-terrorism activities from 1997 through 2005, and became an outspoken critic of the government's torture program.  He has written a book exposing the abuses of the CIA's interrogation program as well as pervasive ineptitude and corruption in the War on Terror.  He is, however, encountering a significant problem: the CIA is barring the publication of vast amounts of information in his book including, as Scott Shane details in The New York Times today, many facts that are not remotely secret and others that have been publicly available for years, including ones featured in the 9/11 Report and even in Soufan's own public Congressional testimony.

Shane notes that the government's censorship effort "amounts to a fight over who gets to write the history of the Sept. 11 attacks and their aftermath," particularly given the imminent publication of a book by CIA agent Jose Rodriguez -- who destroyed the videotapes of CIA interrogations in violation of multiple court orders and subpoenas only to be protected by the Obama DOJ -- that touts the benefits of the CIA's "tough" actions, propagandistically entitled: "Hard Measures: How Aggressive C.I.A. Actions After 9/11 Saved American Lives."  Most striking about this event is the CIA's defense of its censorship of information from Soufan's book even though it has long been publicly reported and documented:

A spokeswoman for the C.I.A., Jennifer Youngblood, said . . . ."Just because something is in the public domain doesn't mean it's been officially released or declassified by the U.S. government."

Just marvel at the Kafkaesque, authoritarian mentality that produces responses like that: someone can be censored, or even prosecuted and imprisoned, for discussing "classified" information that has long been documented in the public domain.  But as absurd as it is, this deceitful scheme -- suppressing embarrassing information or evidence of illegality by claiming that even public information is "classified" -- is standard government practice for punishing whistleblowers and other critics and shielding high-level lawbreakers.

The Obama DOJ has continuously claimed that victims of the U.S. rendition, torture and eavesdropping programs cannot have their claims litigated in court because what was done to them are "state secrets" -- even when what was done to them has long been publicly known and even formally, publicly investigated and litigated in open court in other countries. Identically, the Obama DOJ just tried (and failed) to prosecute NSA whistleblower Thomas Drake for "espionage" for "leaking," among other things, documents that do not even remotely contain properly classified information, leading to a formal complaint by a long-time NSA official demanding that the officials who improperly classified those documents themselves be punished.  In a Washington Post Op-Ed today, Drake himself explains:

From 2001 through 2008, I was a senior executive at the National Security Agency. Shortly after Sept. 11, I heard more than rumblings about secret electronic eavesdropping and data mining against Americans that bypassed the Fourth Amendment and the Foreign Intelligence Surveillance Act . . .

I followed all the rules for reporting such activity until it conflicted with the primacy of my oath to defend the Constitution. I then made a fateful choice to exercise my fundamental First Amendment rights and went to a journalist with unclassified information about which the public had a right to know.

Rather than address its own corruption, ineptitude and illegal actions, the government made me a target of a multi-year, multimillion-dollar federal criminal "leak" investigation as part of a vicious campaign against whistleblowers that started under President George W. Bush and is coming to full fruition under President Obama.

To the government, I was a traitor and enemy of the state. As an American, however, I could not stand by and become an accessory to the willful subversion of our Constitution and our freedoms.

Far more often than anything else, that is the real purpose of government secrecy: to shield ineptitude, corruption, abuse of power and illegality from seeing the light of day, and -- as illustrated by the CIA's efforts to destroy Soufan's critical book while guaranteeing the predominance of Rodriguez's propaganda tract -- to ensure that the government controls what the public hears and what it does not hear.

Ironically, it is that behavior -- abusing secrecy powers to cover-up embarrassing and incriminating evidence -- that is a far more destructive and common crime than unauthorized leaks.  As the Supreme Court explained in rejecting Nixon's classified-based censorship efforts of the Pentagon Papers: "The dominant purpose of the First Amendment was to prohibit the widespread practice of governmental suppression of embarrassing information."  Indeed, abusing secrecy powers to conceal embarrassing and incriminating information has long been illegal, and is even expressly barred by President Obama's own Executive Order governing classified information:

Abusing government secrecy powers is a vastly more frequent and damaging illegal act than unauthorized leaks, yet the President obsesses on the latter while doing virtually nothing about the former other than continuing its worst manifestations.  As the Supreme Court explained, few things are more damaging to a democracy than allowing political leaders to abuse secrecy powers to cover-up wrongdoing and control the flow of information the public hears, i.e., to propagandize the citizenry.

But that's exactly what Washington's secrecy fixation is designed to achieve.  And while excessive secrecy has been a problem in the U.S. for decades, the Obama administration's unprecedented war on whistleblowers makes it much more odious, since now it is about not only keeping vital information from the public and stifling public debate, but also threatening whistleblowers (and investigative reporters) with prolonged imprisonment.  That's why they turn what candidate Obama called these "acts of courage and patriotism" (whistleblowing) into crimes, while the real criminals -- political officials who abuse their secrecy powers for corrupted, self-interested ends -- go unpunished.

This is a perfect symbol of the Obama administration: claims of secrecy are used to censor a vital critic of torture and other CIA abuses (Soufan) and to prosecute an NSA whistleblower who exposed substantial corruption and criminality (Drake), while protecting from all consequences the official who illegally destroyed video evidence of the CIA's torture program (Rodriguez) and then help ensure that his torture-hailing propaganda book becomes the defining narrative of those events.  As usual, the real high-level criminals prosper while those who expose their criminality are the only ones punished.