A tasty fable about a hooker and a shrink 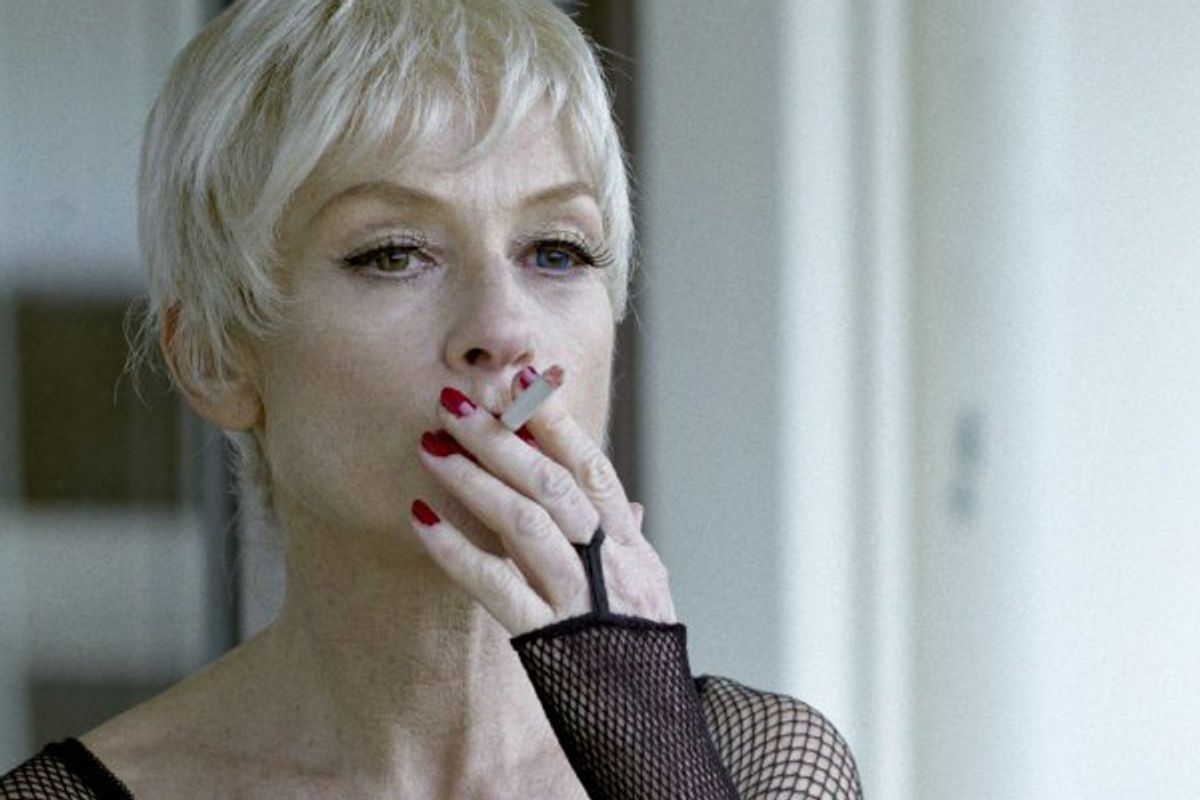 You start out watching "Special Treatment," a new film from the veteran French writer-director Jeanne Labrune, and at first it seems like a romantic comedy, one different in detail but not in species from the Hollywood rom-com. Admittedly, no American director -- unless he or she had a commercial death wish -- would ever try to make a romance involving a prostitute who's pushing 50 (played by the formidable and fearless Isabelle Huppert) and an overweight, married psychiatrist (played by Bouli Lanners, a comic actor well known in France). Then, if you stick with "Special Treatment" a bit longer, you realize it isn't a lightweight erotic romp at all, but a complicated and delicate two-person odyssey that's much richer and subtler than that.

Labrune's original title, "Sans queue ni tête," is a French expression that could be translated as "nonsense," and echoes the English idiom about not making "head or tail" of something. That suggests the way this film resists ordinary storytelling logic, with a current of delightful absurdity beneath its très propre Parisian surface. On the other hand, "Special Treatment" is a pretty good title too, since Labrune and co-writer Richard Debuisne (who also plays a crucial supporting role) draw a series of intriguing parallels between the services provided by Alice (Huppert) and Xavier (Lanners), burned-out professionals who view their jobs and clients through a lens of utter cynicism.

When Xavier meets Alice for their first date in a hotel bar -- they've previously met, by accident, in the drugstore -- there's a key moment when he looks at her and realizes that everything about her, from her clothes to her hair to her manner, is a calculated performance. The only sincerity that's possible between them is a kind of business logic or a sense of professional kinship, and if Xavier at first regards her the way he regards a patient, he then shifts to something that's a lot more like looking in a mirror. What's really pulled them together is a shared sense of desperation and a yearning for change, and maybe even reinvention. Xavier's marriage is crumbling, although he still loves his wife (Valérie Dréville), and Alice is eager to leave her sordid customer base behind and make a new start.

This really isn't a plot-centric movie, and in any case it isn't going in any of the directions you think it is. After two inconclusive meetings and a complex of mixed signals, Xavier and Alice still haven't consummated their relationship, and her attempts to get referrals to other shrinks from him end in quiet but hilarious failure. A late-medieval wooden angel bought at auction by another therapist, Pierre (co-writer Debuisne), travels in a peculiar circle from one character to another, and ends up at the mental hospital where Pierre works, and where Alice finally shows up in search of deliverance. This is a memorable journey, with exquisitely drawn characters and a tremendous cast, that blends satire, melancholy and romance in unlikely but delicious fashion.

"Special Treatment" is now playing at Cinema Village in New York, and opens Sept. 16 at the Laemmle Sunset 5 in Los Angeles, with other cities and home-video release to follow.