How Rick Perry became a millionaire 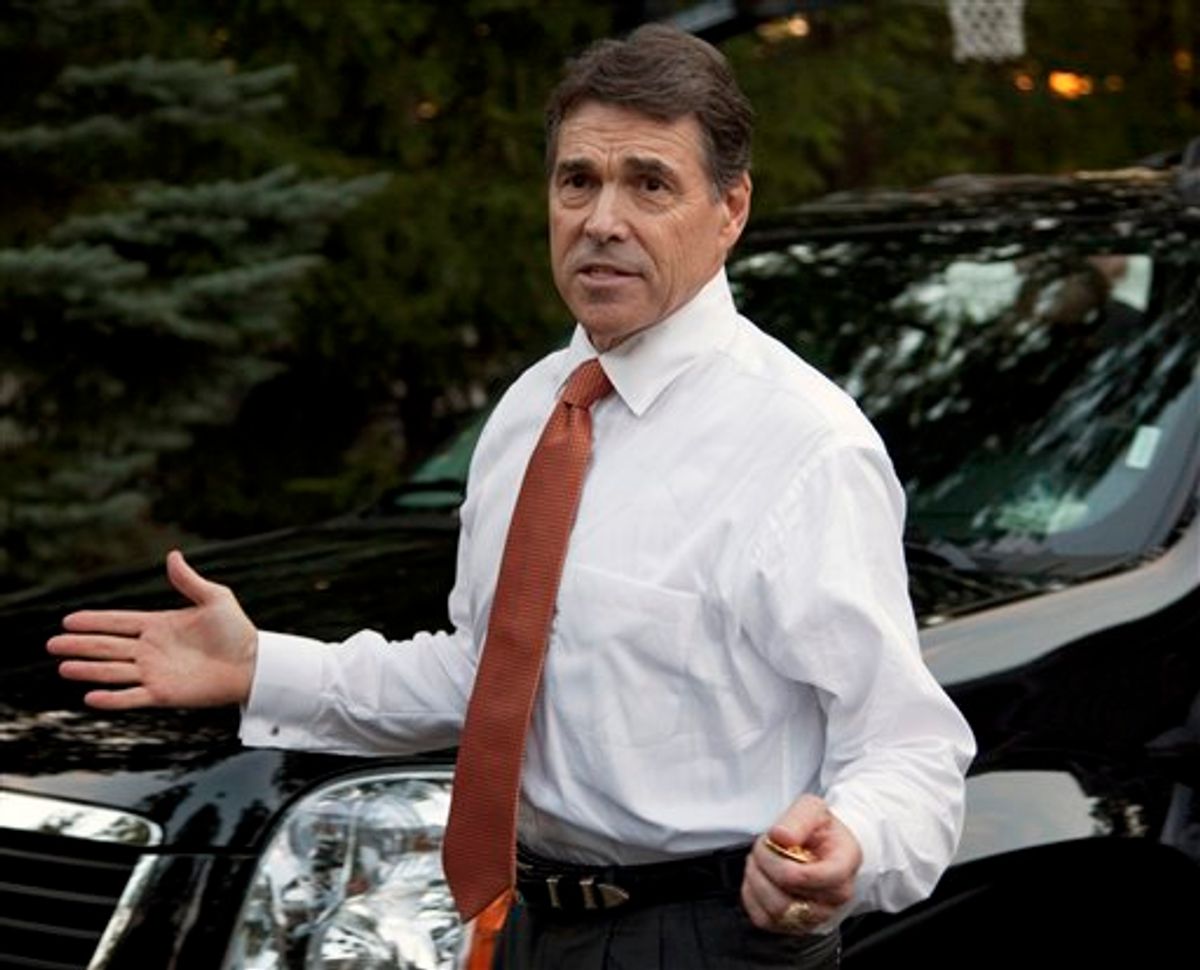 Gov. Rick Perry, R-Texas, answers reporters' questions as he leaves his first campaign event on Saturday, Aug. 13, 2011, in Greenland, N.H. after announcing earlier in the day that he's running for President in 2012. (AP Photo/Evan Vucci) (AP)
--

Rick Perry is a millionaire. Nothing odd about that -- lots of people who run for president are millionaires! -- but he's never really had a job outside of government and he didn't inherit his fortune. Where did his millions of dollars come from? The Fort Worth Star-Telegram answers that question: He's very good at making investments that look remarkably like examples of blatant corruption.

There was the time Perry bought some random undeveloped land in 1993, and then it turned out that rich businessman Michael Dell needed that land to connect his new house to the sewer lines. Perry made $342,994 selling it to him. And he's made decent sums trading in stock in companies founded by Perry donors. And there was this bit:

"We bought a piece of property, the property appreciated and we sold it," Perry said last year.

Critics, including the liberal watchdog group Texans for Public Justice, have suggested a dubious dealing considering that the man Fraser bought the land from and the man Perry sold the land to were business partners.

Conor Friedersdorf and David Frum think this all looks a bit crooked but the National Review's Jim Geraghty says Perry is just constantly lucky, over and over again. Rick Perry should play the slots! (But only if the slots are owned by someone who needs the governor of Texas to grant him some sort of favor.)

We have previously discussed Perry's generous granting of subsidies and other perks to people who give him hundreds of thousands of dollars. Perhaps all of those people were just lucky, too! Texas: America's luckiest state, if you're rich and politically connected.