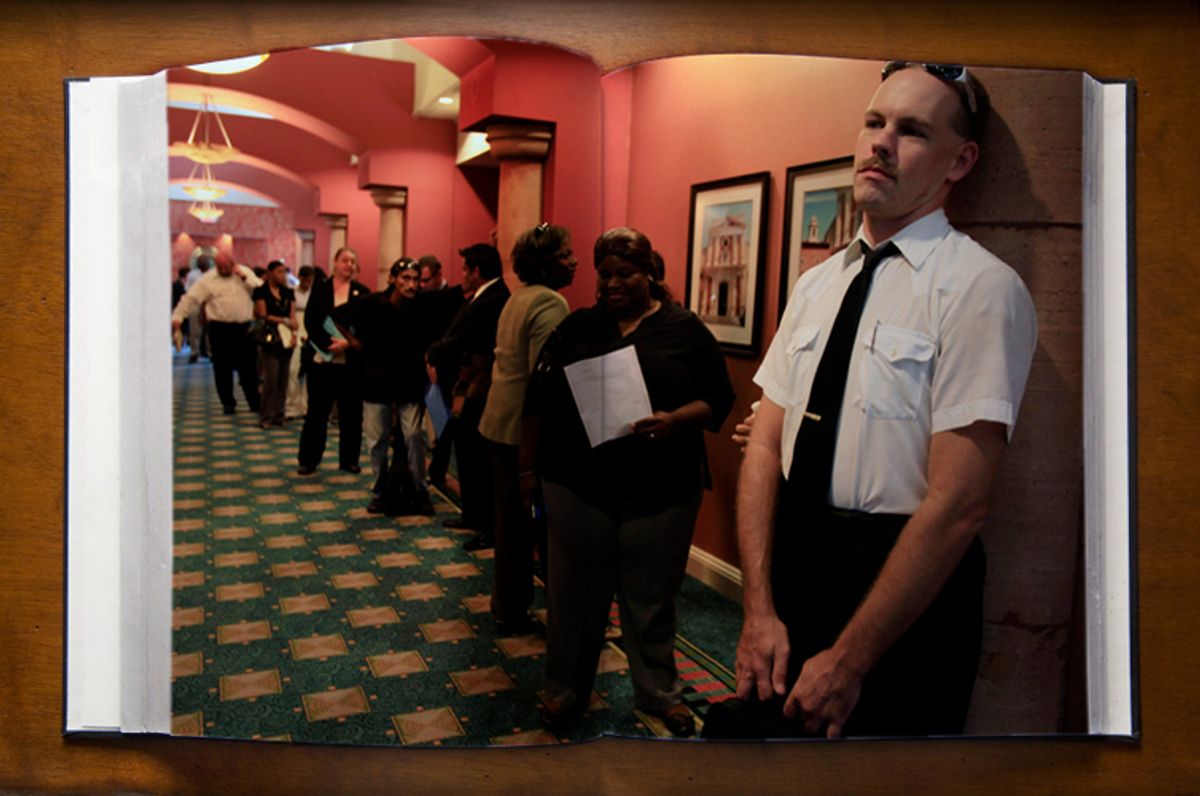 Bill Maher once suggested that while he didn't advocate the use of heroin, it certainly didn't hurt his record collection. The same sentiment applies to American literary fiction in tough economic times. While no one would ever wish for high unemployment or a schizophrenic stock market, it's always brought out the best in our writers.

Since the beginning of this "Great Recession," a scattered collection of fresh new voices have emerged -- call them the socioeconomic realists. The most prominent might be Bonnie Jo Campbell, whose searing "American Salvage" was a finalist for the both the National Book Award and the National Book Critics Circle Award in 2009. Campbell's first two books, while equally gritty as hell, never caught on; she didn't change, the world did. ("American Salvage" was published by a university press; her latest novel, "Once Upon a River," was published last month by W.W. Norton.)

Today is the publication date for Frank Bill's "Crimes in Southern Indiana," a frightening portrait of a long-ignored corner of the American Midwest. It has been called "a blistering, vivid and flat-out fearless debut," and the quick, violent stories are loaded with meth labs and  bitter brawls. Hell, a job in a meth lab is one of the better paying jobs in Bill's world.

Couple those books with the work of Shann Ray ("American Masculine"), Philipp Meyer ("American Rust") and Donald Ray Pollock ("The Devil All The Time") and you see a new genre developing -- work set not just in specific regions and parts of the country, but fiction about economic class, based in some of the hardest-hit states and counties in America, in the Southern and Midwest towns where hope is especially hard to find.

"There are plenty of folks here who tell me they've never seen any of the kind of people I write about, and all I can say is that they're not looking," says Campbell, whose work is set largely in devastated Michigan towns.

Pollock writes about neighboring Ohio, and his debut, "Knockemstiff," relays the struggles and loneliness of working people as effortlessly as Sherwood Anderson's "Winesburg, Ohio" (1919) or perhaps William Kennedy's Pulitzer Prize-winning novel "Ironweed" (1983). Yes, there really is a place called Knockemstiff, Ohio, and Donald Ray Pollock's own story is so brutally real that it seems near fiction itself.

Having worked as a driver in a paper mill for most of his adult life, Pollock enrolled in the creative writing program at Ohio State University at 50. He might have landed an interview with tastemaker extraordinare Terry Gross on NPR's "Fresh Air," but he knows who he is writing for -- not the aesthetes, but his fellow mill workers. He says more writers now are "working with an awareness and understanding of the poor and dispossessed that we haven't seen or been much interested in since the Great Depression of the last century."

"You can't have a small minority of wealthy lording it over a vast majority of poor without something very bad eventually happening." says Pollock.

One might be hesitant to call these authors patriotic, but with titles like "American Salvage," "American Rust" and "American Masculine," it can't simply be a case of irony working overtime.

Meyer's "American Rust" dives deep into the Rust Belt realities of working-class Pennsylvania. Echoes of John Steinbeck's resonate in his prose -- Steinbeck's Depression-era migrants might have led bleaker lives, but the confusion and the uncertainty amongst those who aspire merely to pay the bills and attain a middle-class life can be startlingly similar.

Ray's "American Masculine," meanwhile, takes the story West, into the desolate landscape of Montana. The men and women in his stories seem to the bastard children of Jim Harrison and Raymond Carver, fierce but plain-spoken and adrift, fighting to hold addictions, violence and sadness at bay. It's a book which redefines the myth of the West -- Manifest Destiny is a thing of the past, the West now is a trap.

These authors share a visible reverence for an America that no longer exists. In Pollock's view, American is "a much scarier place to live than it was, say, 30 or 40 years ago." But that nostalgia should not be confused with the same flag-waving mindlessness that led Ronald Reagan's 1984 reelection campaign to use Bruce Springsteen's "Born in the U.S.A." without ever listening to the lyrics. The characters are rough, the portraits are unflattering, yet readers and critics are connecting with these books in a time when the initial urge might be to escape into some fantasyland of make-believe.

If and when the economy rebounds, will these writers remain critical darlings and culturally relevant? Paraphrasing William Faulkner, Bonnie Jo Campbell says that the only writing that matters is about the human heart in conflict with itself. "And there's plenty of that around here," she says.