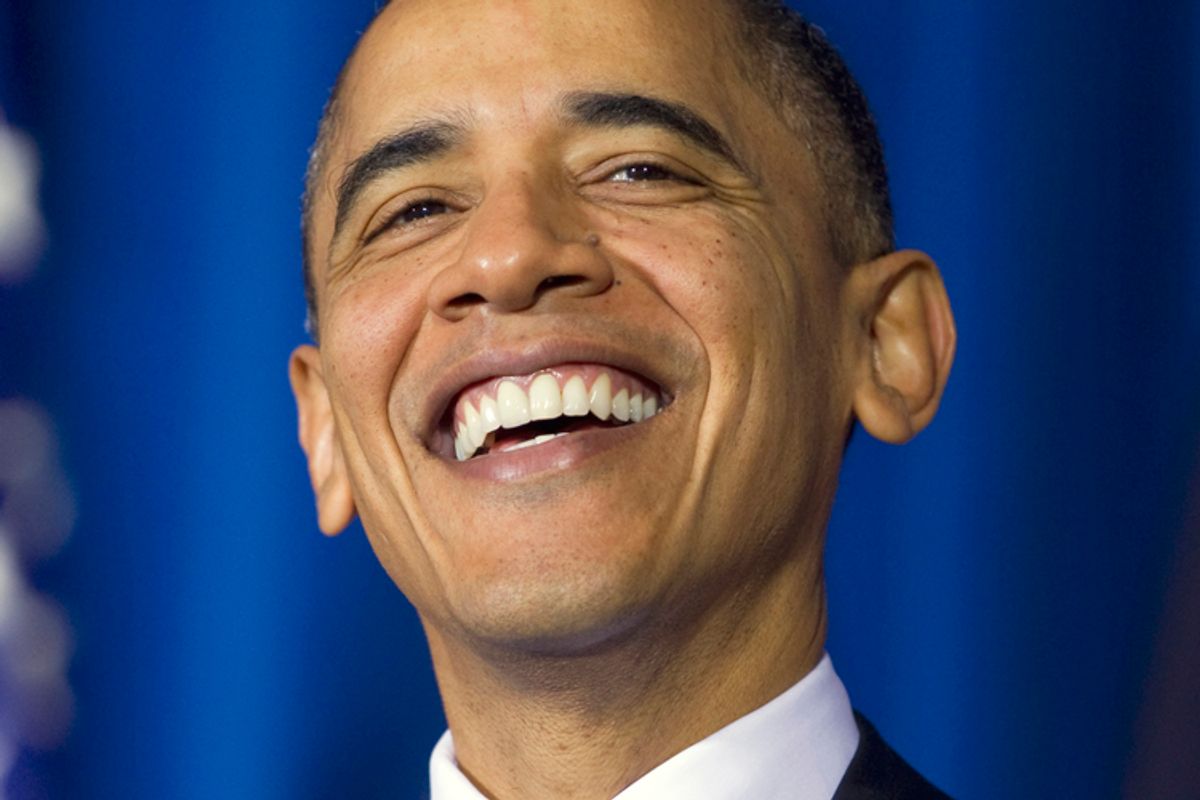 Budget punditry must abhor a vacuum. That's about the only explanation I can see for the unrealistic outbreak of guarded optimism over the future of Washington budget negotiations suddenly seeping out of mainstream news outlets and the usual blog suspects. Congress is still in recess, and news is scarce -- the GOP members of the Super Committee that is supposed to hammer out another $1.2-1.5 trillion worth of budgets cuts by late November only started meeting today -- so there isn't much to go on, but that hasn't deterred the budget geeks.

1) In "Another Deficit Standoff This Year? Maybe Not," the Wall Street Journal's Gerald Seib writes that "there actually are reasons to think [the Super Committee's] effort can work better than the summer's follies." Seib cites the closeness to party leaders of the Super Committee's membership, the drop in popularity ratings that accompanied the debt ceiling debacle, and changes in the Senate's rules that limit the ability of malcontents to filibuster an agreement produced by the negotiating team.

2) In "Out of Debt Ceiling Fight, Some See a Bit of Stability on Federal Spending," the New York Times' Carl Hulse reports that a provision in the Budget Control Act that sets spending limits for both 2012 and 2013 lowers the likelihood of another government shutdown fight this fall when the current continuing resolution empowering the federal government to spend money expires.

3) And perhaps most creatively, ThinkProgress' Matthew Yglesias finds unexpected reasons for good cheer in the one hard piece of Super Committee-related news so far this week, the naming of a Republican Senate Finance Committee staffer as the staff director for the Super Committee.

The early reaction from liberals to the news that a Republican was named to this important position was unenthusiastic; they see it as proof, once again, that Democrats just don't play the game of politics very well. But Yglesias comes up with a piece of truly brilliant contrarian analysis.

I think the right way to read this is that if the supercommittee doesn't deadlock, that will have to be because Republicans agree to do something on the revenue side. And if Republicans agree to anything on the revenue side, that will have to be some kind of loophole-closing "reform" rather than higher rates. Which means that having someone who is knowledgeable about tax law and also credible to Republicans run the show maximizes the odds that the committee will have some kind of result. Prater was, for example, involved in the 1997 budget negotiations that managed to raise revenues while cutting capital gains tax rates. He at least remembers, in principle, what a bipartisan revenue-raising initiative might look like.

That, ladies and gentlemen, is some world-class spin ... or completely unwarranted wishful thinking. Take your pick. My own inclination is considerably more pessimistic. Democrats remain opposed to entitlement cuts and Republicans remain opposed to tax increases. Finding a way to cut another trillion or so dollars from the budget over the next 10 years without taking a chunk out of these sacred cows will be, if anything, more difficult than the negotiations at the heart of the last two battles. The easy stuff is already done, and now the cuts are getting progressively closer to the bone.

And the alternative, in the wake of no deal? Across the board cuts that would include reductions in both Medicare and defense spending that will be equally unpalatable to significant blocs of both parties, not to mention healthy care and defense lobbyists. There's plenty more budget showdown pain to come.