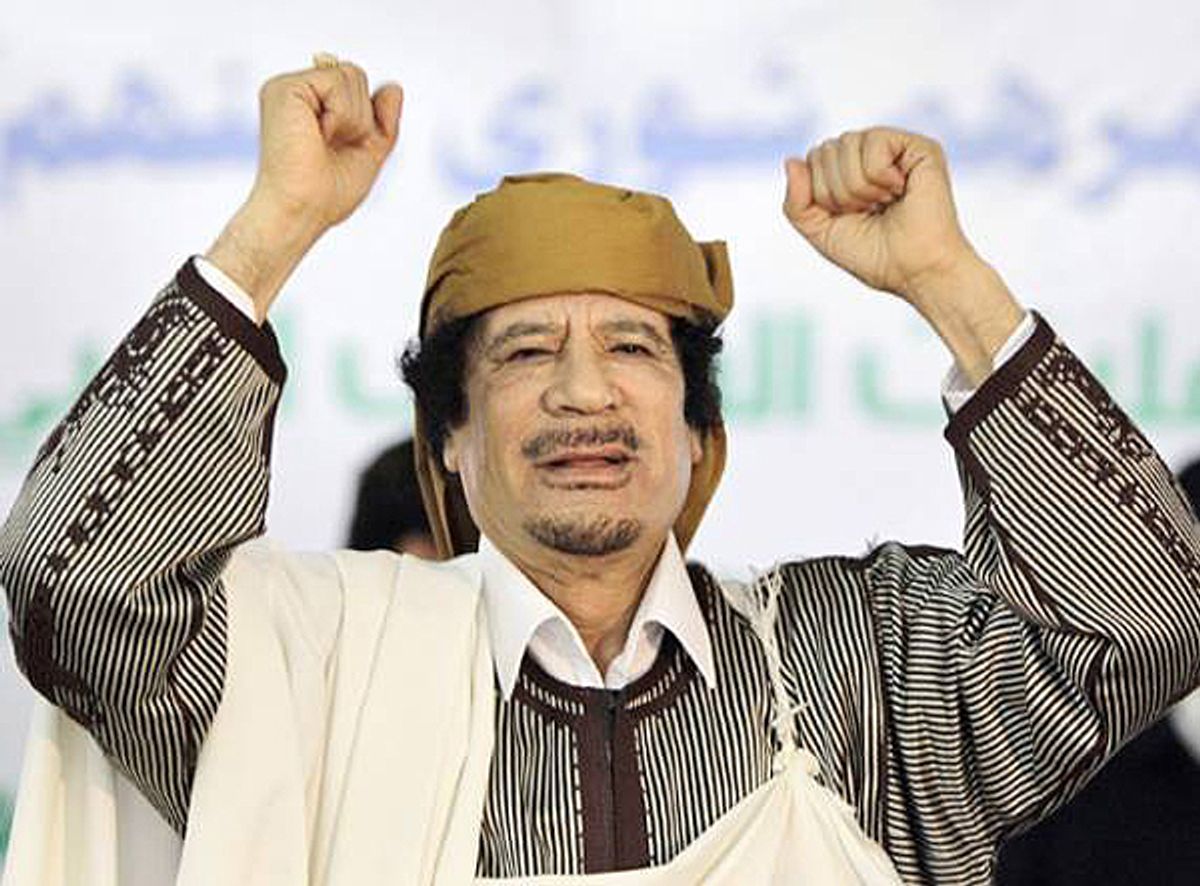 Here's an interesting catch by an Al Jazeera reporter who has been going through papers found in the office of the head of Libya's intelligence service: Documents suggest that former Bush State Department official David Welch, now a top executive at Bechtel, met with Gadhafi regime officials as recently as this month and offered advice on "how to win the propaganda war."

Bechtel, the multinational construction and engineering firm, has been pursuing business interests in Libya for several years.

The Al Jazeera reporter found documents describing an Aug. 2 meeting in Cairo between Gadhafi officials and Welch, who at the Bush State Department worked on reconciliation with Libya:

During that meeting Welch advised Gaddafi's team on how to win the propaganda war – suggesting several "confidence building measures", the documents said. The documents appear to indicate that an influential US political personality was advising Gaddafi on how to beat the US and NATO.

Minutes of this meeting note his advice on how to undermine Libya's rebel movement, with the potential assistance of foreign intelligence agencies, including Israel. "Any information related to al-Qaeda or other terrorist extremist organisations should be found and given to the American administration but only via the intelligence agencies of either Israel, Egypt, Morroco, or Jordan… America will listen to them… It's better to receive this information as if it originated from those countries..."

The papers also document that Welch advised Gaddafi's regime to take advantage of the current unrest in Syria, pointing out: "The importance of taking advantage of the Syrian situation particularly regarding the double-standard policy adopted by Washington… the Syrians were never your friends and you would loose nothing from exploiting the situation there in order to embarrass the West."

Meanwhile, the Al Jazeera reporter also found a document addressed to Gadhafi's son Saif Al-Islam that "appears to be" a request offered to an intermediary from Rep. Dennis Kucinich:

It details a request by the congressman for information he needed to lobby American lawmakers to suspend their support for the Libyan National Transitional Council (NTC) and to put an end to NATO airstrikes. According to the document, Kucinich wanted evidence of corruption within the NTC and, like his fellow countryman Welch, any possible links within rebel ranks to al-Qaeda.

In response to the report, Kucinich's office passed along this statement:

Al Jazeera found a document written by a Libyan bureaucrat to other Libyan bureaucrats.  All it proves is that the Libyans were reading the Washington Post, and read there about my efforts to stop the war.  I can’t help what the Libyans put in their files.  My opposition to the war in Libya, even before it formally started, was public and well known.  My questions about the legitimacy of the war, who the opposition was, and what NATO was doing, were also well known and consistent with my official duties.   Any implication I was doing anything other than trying to bring an end to an unauthorized war is fiction.

That doesn't read like a flat denial of the Libyan intel document. I've followed up to ask if Kucinich is denying that he sought this information from the Gadhafi regime, and will update if I hear back.