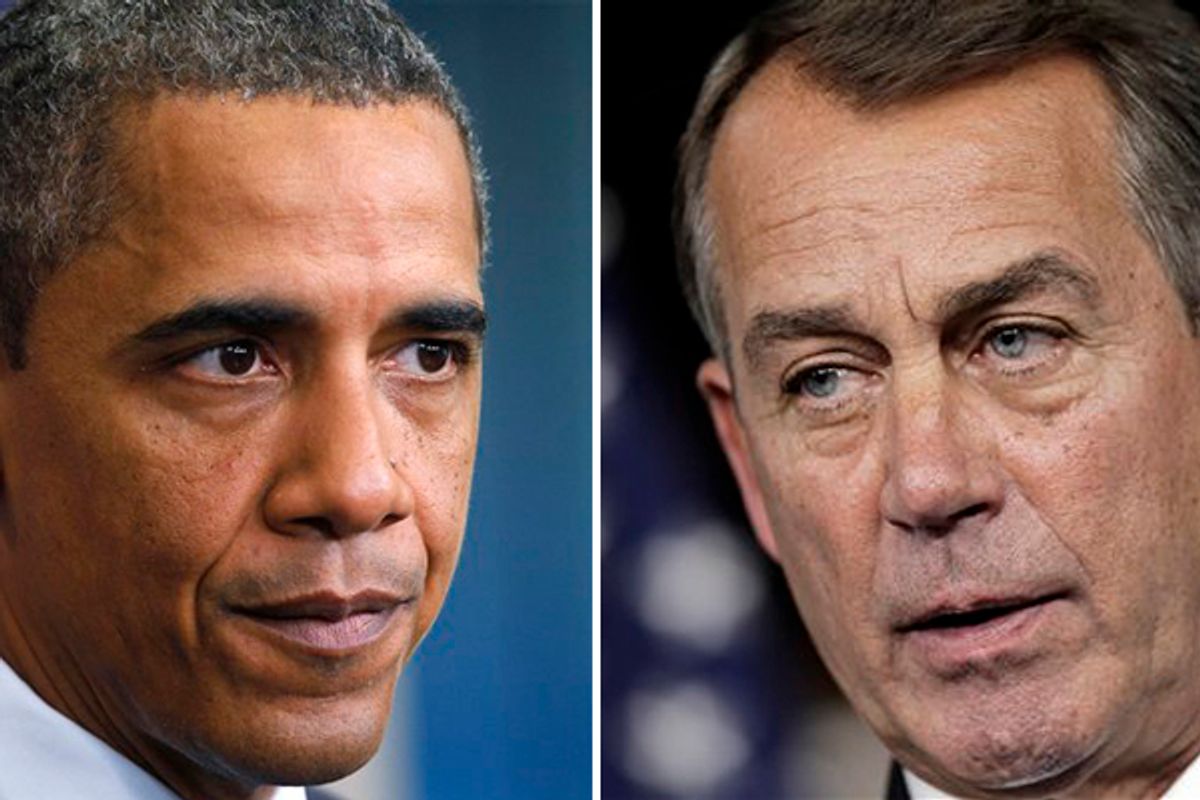 In connection with this matter, I was literally awake all night overseeing (with complete uselessness) the successful birth of six puppies -- an amazing and moving experience that I hope never to repeat again for as long as I live -- and was therefore not planning on writing today as a result of the ensuing exhaustion.  But then I saw the Tweet That Explains Everything.  A momentous controversy erupted earlier this afternoon when President Obama announced that he wanted to deliver a speech about jobs to a joint session of Congress next Thursday at 9:00 p.m., which happens to be the same date and time of a planned GOP presidential debate, prompting House Speaker John Boehner to respond that he would convene a joint session on Wednesday -- the day before -- but not on Thursday.

The profound issues raised by this conflict prompted an orgy of probing analysis and vibrant debate among political journalists, party spokespeople and various partisan loyalists over who was being dishonest and Outrageous (indeed, so weighty and consequential is this showdown that it even subordinated the day's prior top news story involving the scheduling snafus of Sarah Palin and Michelle Bachmann in Iowa).  Thankfully, we have a free and adversarial watchdog media in this nation to sort out the competing claims and to keep the citizenry informed and focused with respect to the Wednesday/Thursday conflict, which is what produced this aforementioned Tweet:

Chuck Todd won't be going on "#Hardball" -- or any other television news program -- to discuss that story, nor will virtually anyone else be doing so (such matters will not be mentioned at all, except to explain how it is WikiLeaks who are the Real Criminals).  And that contrast explains virtually everything there is to say; as I said earlier today as this speech scheduling crisis emerged: "I hope this Tuesday v. Wednesday [sic] drama goes on for at least a week - will be so valuable for historians trying to explain things."

UPDATE: Here is the headline and sub-headline from the NYT article on this conflict; to read it and realize that it is the top story on the paper's website is to hear "imperial collapse" like few other things convey (click on image to enlarge):