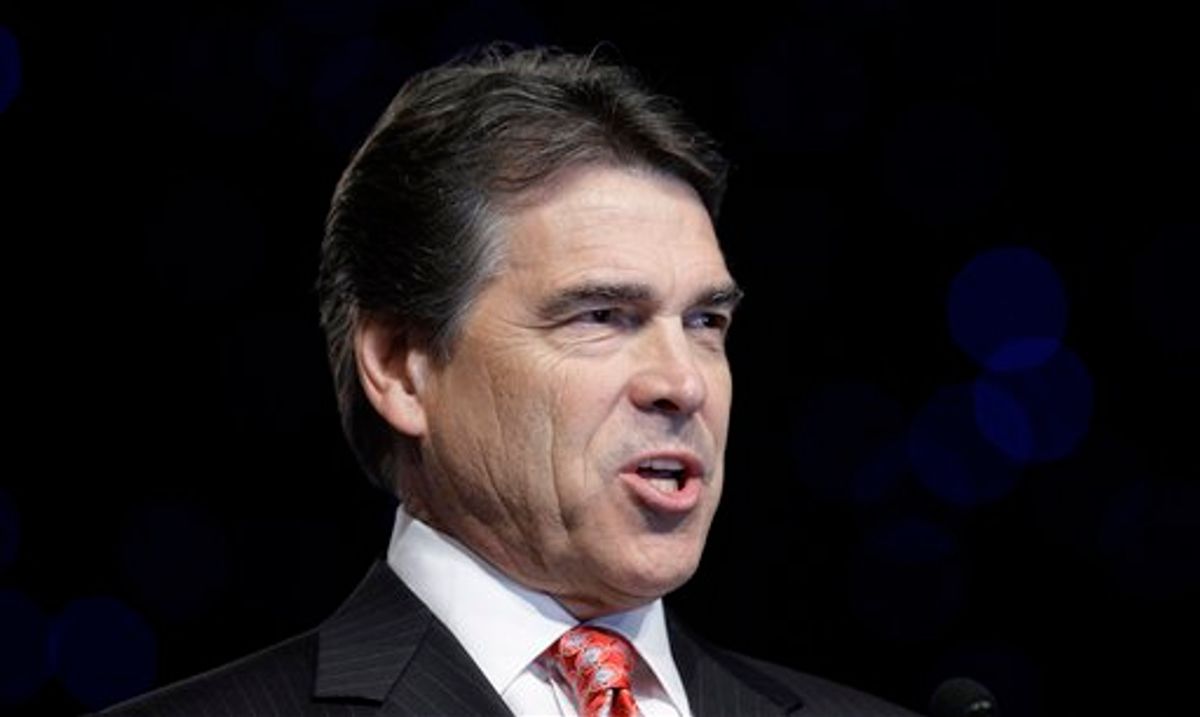 Of all the nonsense Texas Governor Rick Perry spews about states’ rights and the 10th amendment, his dumbest is the notion that states should go it alone. “We’ve got a great Union,” he said at a Tea Party rally in Austin in April 2009. “There’s absolutely no reason to dissolve it. But if Washington continues to thumb their nose at the American people, you know, who knows what might come out of that.”

The core of his message isn’t outright secession, though. It’s that the locus of governmental action ought to be at the state rather than the federal level. “It is essential to our liberty,” he writes in his book, Fed Up! Our Fight to Save America from Washington, “that we be allowed to live as we see fit through the democratic process at the local and state level.”

Perry doesn’t like the Federal Reserve Board. He hates the Internal Revenue Service even more. Presumably if he had his way taxpayers would pay states rather than the federal government for all the services and transfer payments they get.

This might be a good deal for Texas. According to the most recent data from the Tax Foundation, the citizens of Texas receive only 94 cents from the federal government for every tax dollar they send to Washington.

In other words, blue states are subsidizing red states. The federal government is like a giant sump pump – pulling dollars out of liberal enclaves like California, New York, Massachusetts, and Oregon – and sending them to conservative places like Montana, Idaho, Oklahoma, Arizona, Wyoming, Kansas, Nebraska, and the Old South.

As a practical matter, then, Rick Perry’s fight to save America from Washington is really a secret plan to save blue states from red states.

Perry, it turns out, is a closet liberal.

Robert Reich, a professor of public policy at the University of California at Berkeley, was secretary of labor during the Clinton administration. He is also a blogger and the author of "Aftershock: The Next Economy and America's Future." More: Robert Reich