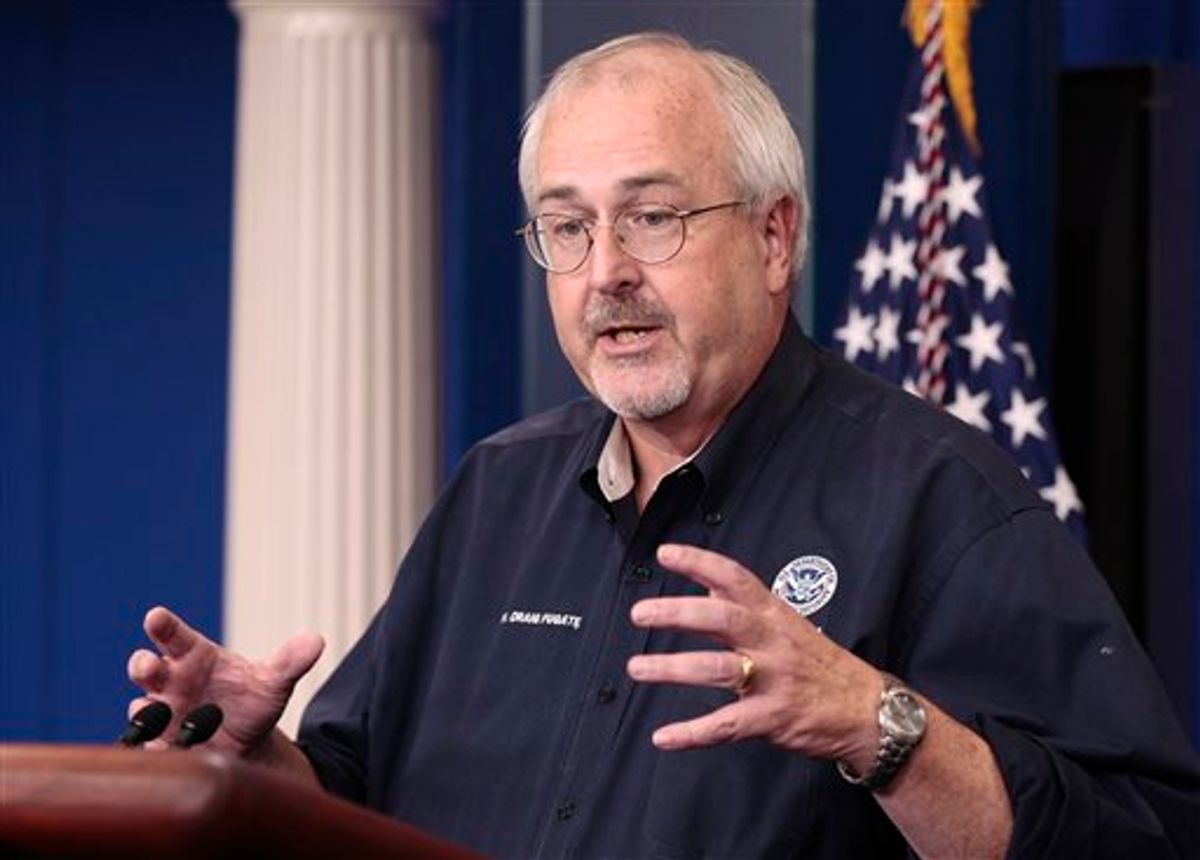 The head of the federal disaster assistance agency says recovery efforts in the wake of Hurricane Irene will proceed regardless of a dwindling emergency fund.

Fugate says "we're going to do what we're supposed to do." He says FEMA "will work with the White House on funds needed to recover from this and other disasters." The agency has less than $800 million left in its disaster coffers.

Fugate says FEMA's current focus is on Hurricane Irene recovery efforts and says it must also gird for any new disasters.

"We don't know what's coming down the line," he says.