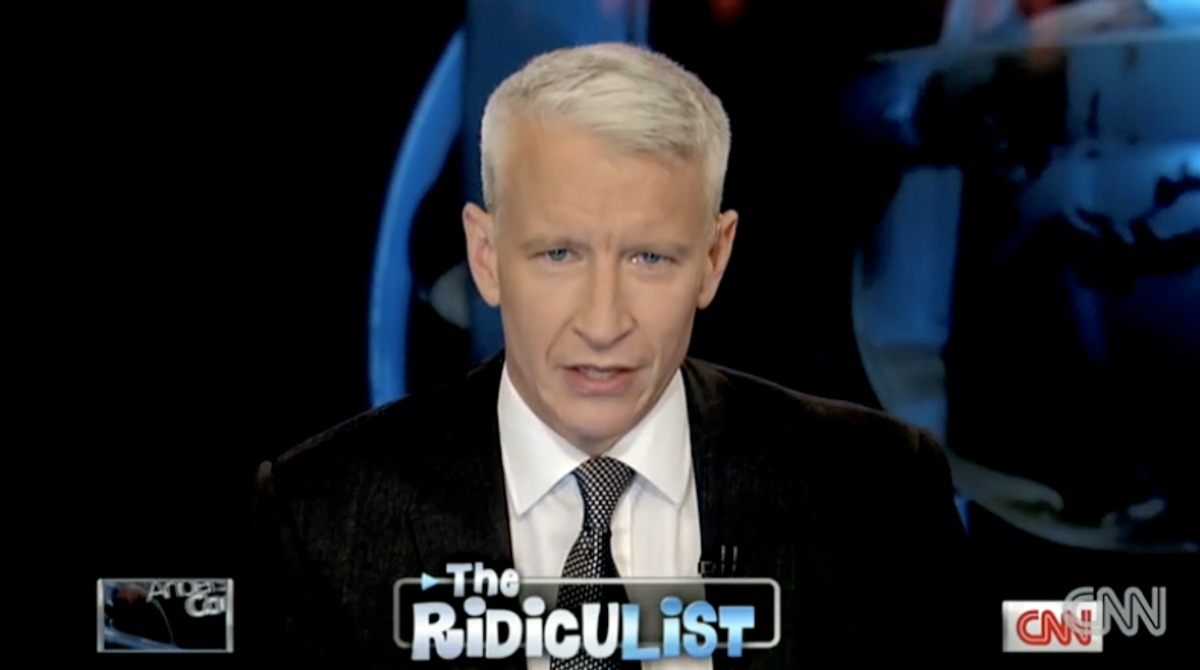 "The Jersey Shore's" Nicole "Snooki" Polizzi launched a Web-only news show yesterday -- "The News According to Snooki" -- and she's already ensorcelled at least one CNN anchor. Anderson Cooper spent the "RidicuList" segment of his show last evening singing the praises of the spray-tanned starlet:

Now, I have always known that Snooki is a Renaissance woman. She's so much more than what you see on 'The Jersey Shore.' Yes, she drinks, she dances, she parties and smooshes. But she also philosophizes, she also writes best-selling books. She also ... holds the key to my heart.

Well, at least he didn't start laughing this time.