A new Frontline from PBS features a "revelation" that is anything but, though it offers an important added detail 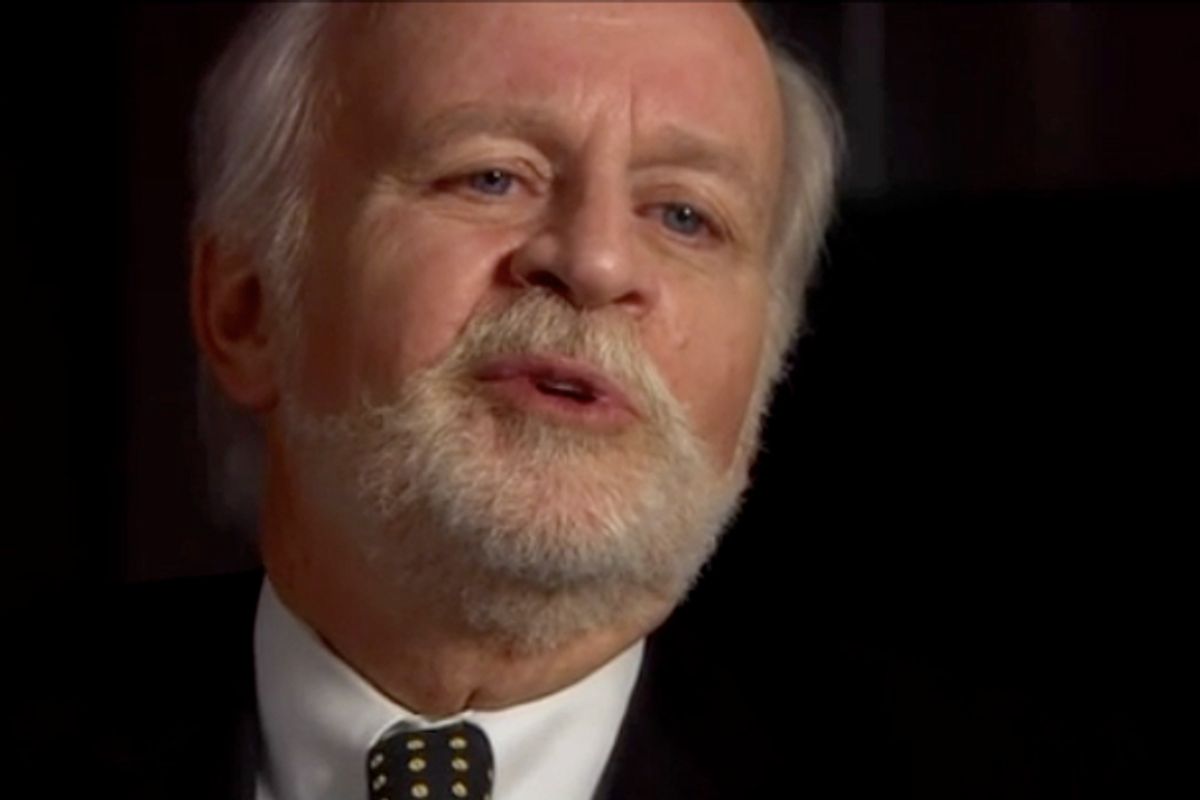 PBS's Frontline is airing an examination of "Top Secret America" on September 6.  The show includes a rare and lengthy interview with 34-year-CIA-veteran John Rizzo, who is described as "the most influential lawyer in CIA history."  PBS is promoting that interview this way:

Here is one quote they include from Rizzo:

With a notable exception of the enhanced interrogation program, the incoming Obama administration changed virtually nothing with respect to existing CIA programs and operations. Things continued. Authorities were continued that were originally granted by President Bush beginning shortly after 9/11. Those were all picked up, reviewed and endorsed by the Obama administration.

Frontline adds that while candidate Obama "promised a sweeping overhaul of the Bush administration’s war on terror" and "a top to bottom review of the threats we face and our abilities to confront them," Rizzo explains that, in fact, Obama officials during the transition made clear to the CIA that they intended almost complete continuity.  And Rizzo was joined in this assessment today by Dick Cheney, who -- as recounted by his long-time faithful stenographer, Politico's Mike Allen -- cites this continuity to (once again) claim "vindication"; said the former Vice President, “[Obama] ultimately had to adopt many of the same policies that we had been pursuing because that was the most effective way to defend the nation.”

Obviously -- other than the important added detail that this was all planned even before the inauguration -- none of this is new to anyone paying even minimal attention (see Update II).  Not only civil libertarians but even right-wing ideologues eager to depict Obama as "Soft on Terror" have been forced repeatedly to acknowledge this continuity and to praise Obama for it.  Indeed, Charlie Savage observed this trend in the very first month of the Obama presidency (in response to which I objected -- erroneously as it turns out -- that Savage's Bush/Obama comparisons were premature). Jack Goldsmith in The New Republic in May, 2009, made the insightful point that not only was Obama continuing these core Bush/Cheney Terrorism policies, but was actually strengthening them by, among other things, converting them from right-wing dogma into bipartisan consensus.  So none of this is new, to put it mildly.  Still -- given how much Democrats once opportunistically pretended to find these policies so deeply offensive and intolerable -- the more this realization spreads, the better.  Rizzo's comments and Frontline's program ought to accomplish that.