Conservatives are flipping out over his "Dancing With the Stars" casting, proving again why the show matters 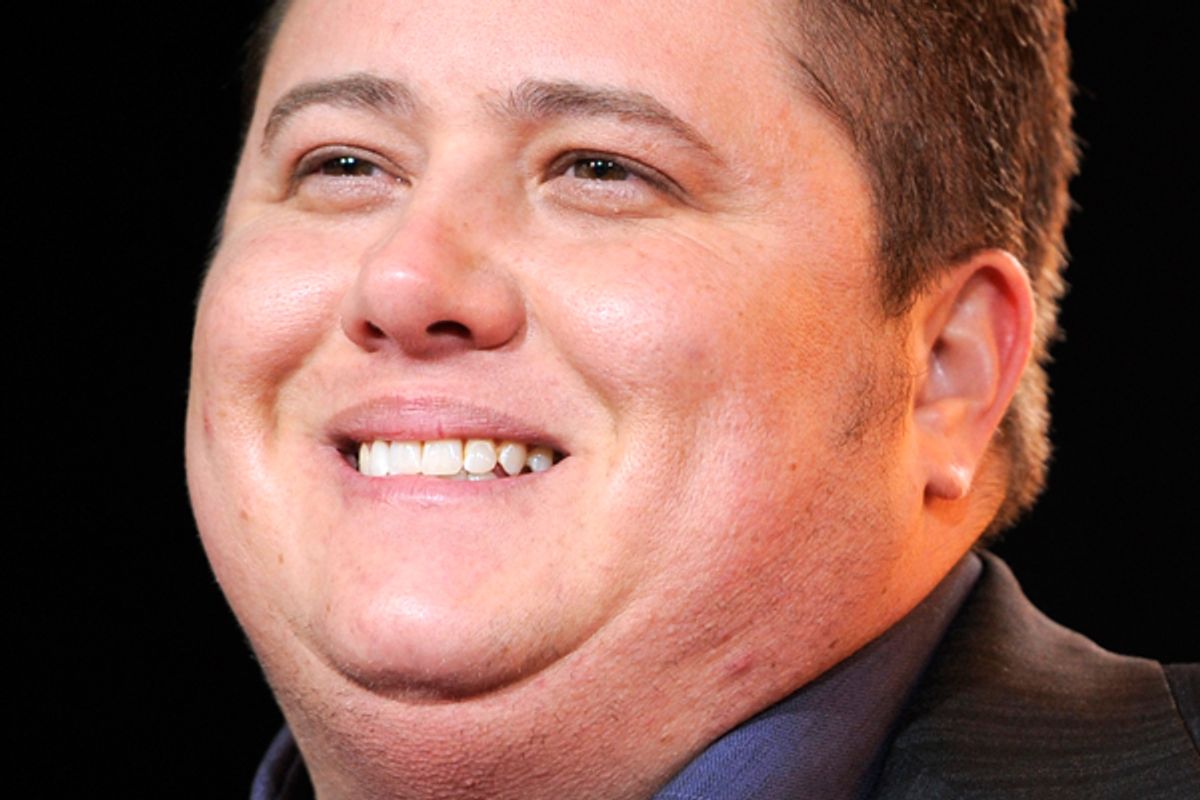 Last fall, it was all about Bristol Palin, and whether she was being ballot stuffed by Tea Party fanatics. Last spring, it was Kirstie Alley, and her dramatic, week by week weight loss. Now, the big story is whether a person who was born a female should be hoofing it up as a dude. Once again, a televised ballroom dancing competition is the most radical, divisive, hot-button show in America.

When the newest lineup of "Dancing With the Stars" was announced last week, it featured the show's trademark lineup of reality stars, athletes and C-listers, from Rob Kardashian to David Arquette to Kristin Cavallari. But for the first time, the show announced its "most unexpected" choice: the transgendered Chaz Bono, who will be partnered with professional dancer and full-time female Lacey Schwimmer.

You'd think that after being in the public eye for decades, first as the adorable blond child on "The Sonny and Cher Show," then as a gay rights advocate, and more recently, through his gender reassignment from female to male, Bono would be a relatively uncontroversial choice. This, after all, is a guy who's grown up before our eyes, a three-time author who's a familiar presence on talk shows and a current triple-Emmy nominee.

Yet faster than Nicole Scherzinger can whip through a pasodoble, the backlash began. Dammit after all, wasn't the LGBT slot sufficiently filled when they got Carson Kressley this season? Soon enough, ABC's message boards were flooded with angry posts from viewers "sick" over the casting and despairing the show's "'anything goes' hippy culture." (Hippie culture: apparently just hitting certain parts of the country.) The backlash doesn't stop at ABC. The conservative group One Million Moms, an offshoot of the American Family Association, is calling for a boycott of the show for promoting "this destructive lifestyle," calling the casting "completely unacceptable and Christians should not watch the show, no excuses!" Dan Gainor of the Culture and Media Institute has meanwhile called Bono's presence "a ridiculous, agenda-driven move" and "the latest example of the networks trying to push a sexual agenda on American families." And last week, reliably loathsome Fox correspondent Dr. Keith Ablow opined "Don't Let Your Kids Watch Chaz Bono On 'Dancing With the Stars.'"

Employing scare quotes to describe the "transsexual" Bono, Ablow wrote, "It would be wrong to think that gender dysphoria cannot be kindled by celebrating those who have undergone sexual reassignment surgery," adding that "The last thing vulnerable children and adolescents need, as they wrestle with the normal process of establishing their identities, is to watch a captive crowd in a studio audience applaud on cue for someone whose search for an identity culminated with the removal of her breasts, the injection of steroids and, perhaps one day soon, the fashioning of a make-shift phallus to replace her vagina." I was not aware that makeshift phalluses were part of this season's new costumes! Nor, come to think of it, that you could catch transgenderism by watching a person rumba.

Bono does have his share of defenders as well. His famous mom, Cher, took to Twitter last week to announce, "I support him no matter what he chooses 2do!"  And a "Kudos, ABC!" topic on the network's website is full of messages from the "many of us out here who are happy for Chaz and will be supporting him all the way this season."

You've got to hand it to the hysterics for their pure entertainment value. There's something spectacularly unself-aware about anybody who'd object to a gay or transgendered man waltzing on television but has no problem with people ripping off their clothes and dirty dancing. And as Carson Kressley pointed out recently, "It's a ballroom dancing show. It's pretty gay already." As a parent, my only hesitation about letting my kids watch the show this season is that it'd mean explaining to them who Nancy Grace is, a horror I've tried to defer as long as possible.

The man at the center of the dance floor, meanwhile, seems surprised at the fuss. Appearing on "Good Morning America" Tuesday, Bono suggested critics "Watch the show and decide after that. It's a dancing show. I'm not there talking about anything other than dancing." But he added, "I think it's going to have a really positive impact. I know that if, when I was growing up, I would have seen someone like me on a show like this, it would have made all the difference in the world in my life."

It is just a dancing show. It is also, its participants know, an opportunity to make a statement. A year ago, in the heartbreaking wake of a rash of suicides by gay teens, Margaret Cho donned a rainbow dress and shimmied to "Copacabana" in the name of pride. "Dancing With the Stars" is light entertainment but it's also, quite clearly, a powerful barometer of the values that unite and divide us. That's what makes it fascinating, the way it plays out our national mood in three-quarter time.

While nobody is going to see Bono do the cha-cha and suddenly decide to swap gender, it's possible that viewers out there who feel alone or confused may see him and realize they're not alone. Others might get the chance to learn that being yourself isn't necessarily being who you were born. Still others might just enjoy watching individuals of different ages, orientations and abilities shaking their groove things. But if there's one thing the show has already proven over the years, it's that being a winner has absolutely nothing to do with going backward in high heels.