Tevi Troy says the former Vice President may not have read much nonfiction, but he did meet with guys who write 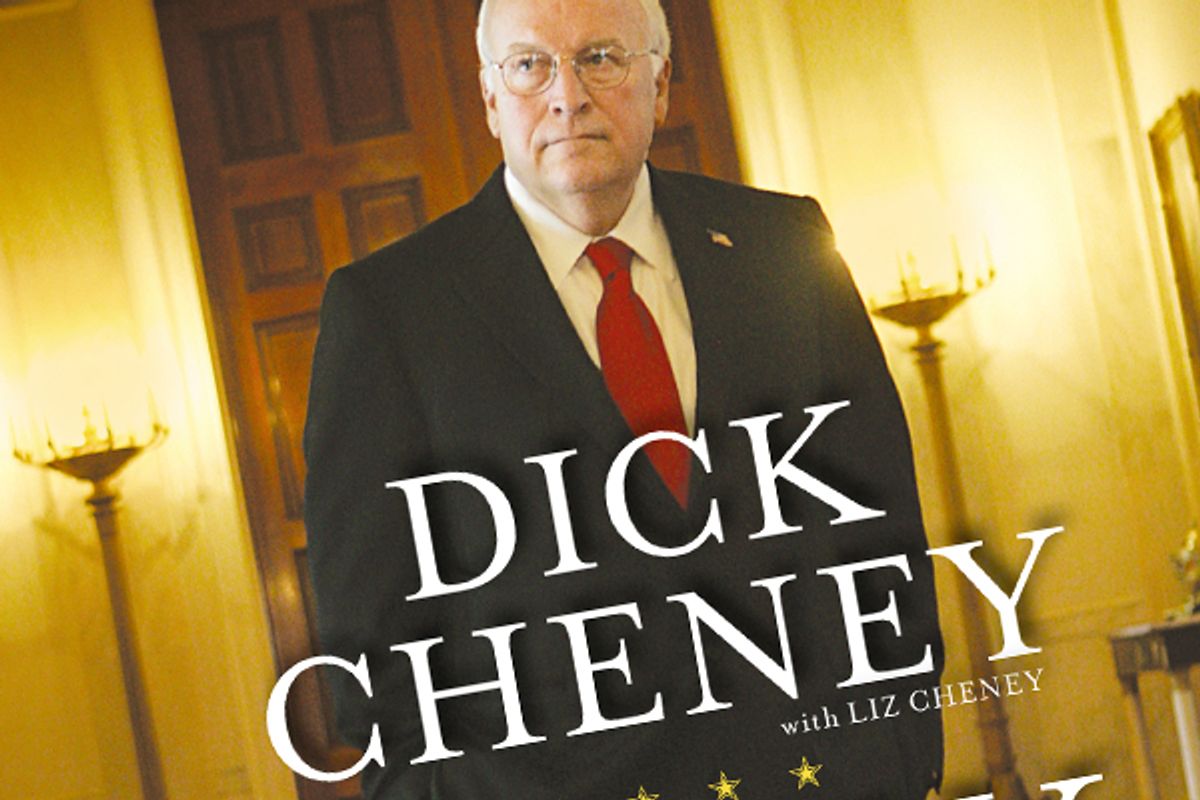 Remember Tevi Troy, the Republican "former senior White House aide" who criticized Barack Obama at the National Review Online for reading well-reviewed novels instead of Jonah Goldberg's "Liberal Fascism" and other conservative book club selections? He's back with another of his wonderful posts about the reading habits of prominent politicians. This time, he's talking Dick Cheney.

Dick Cheney's memoir apparently mentions a lot of books he read and enjoyed. Mostly books about wars and frontier settlers and so on. Good Republican books. But the Washington Post's nonfiction book editor notes that Cheney doesn't mention reading anything while actually in office as vice president:

Noticeably missing from the pages of Cheney’s memoir are references to books examining the big issues of our day — issues of crucial importance during his tenure with the Bush administration. From his memoir, it is impossible to know if he took any counsel at all from the estimable books of the past decade on national security, terrorism, torture, Islam, domestic surveillance. He remains opaque to the end.

This seems sort of like a defensible version of the weird criticism Troy leveled at President Obama, right? (As Troy wrote of Obama: "the near-absence of nonfiction sends the wrong message for any president, because it sets him up for the charge that he is out of touch with reality.") So does Troy agree with the Post on Cheney? No. No, he does not:

When it comes to the books Cheney read as vice president, though, Cheney is indeed less forthcoming about the titles. He does, however, list a variety of thinkers and writers with whom he met while in office, including Fouad Ajami, Bernard Lewis, Nathaniel Philbrick, Jay Winik, Edmund Morris, David McCullough, Charles Krauthammer, and Victor Davis Hanson. In addition, while Cheney was vice president, there were public reports that Cheney read a number of books with contemporary policy implications, including Natan Sharansky’s The Case for Democracy, Elliott Cohen’s [sic] Supreme Command, and Winik’s April 1865 (interestingly, President Bush was reported to have read all three of those as well). I am sure that neither of these lists depicts the totality of what Cheney was reading and to whom he was speaking, so I guess by some measure he does remain “opaque.” But the list of at least some of the outside influences Cheney looked to during his vice presidency was available and out there, both within and outside Cheney’s memoir, if one had chosen to look for them.

He may not have been reading serious nonfiction about contemporary issues, but he met with Charles Krauthammer! That is basically the same thing, right? Reading an "estimable book" on Islam is surely a waste of time when you can just call up Victor Davis Hanson for a chat.

So for Cheney's reading list we've got those all-important "meetings" plus two historical war books and one foreign policy manifesto that plainly reinforced Cheney's already extant biases. I can see why self-proclaimed presidential reading expert Troy was "somewhat bothered" by that Post piece that made the same argument he made about Obama two weeks ago except not as stupidly.

Turns out this Troy character may not actually be a serious scholar of the history and meaning of presidential reading, and may, in fact, just be some random shameless right-wing think tank hack!