The reality TV program pits rejected asylum seekers against each other. Its shock tactics could be effective 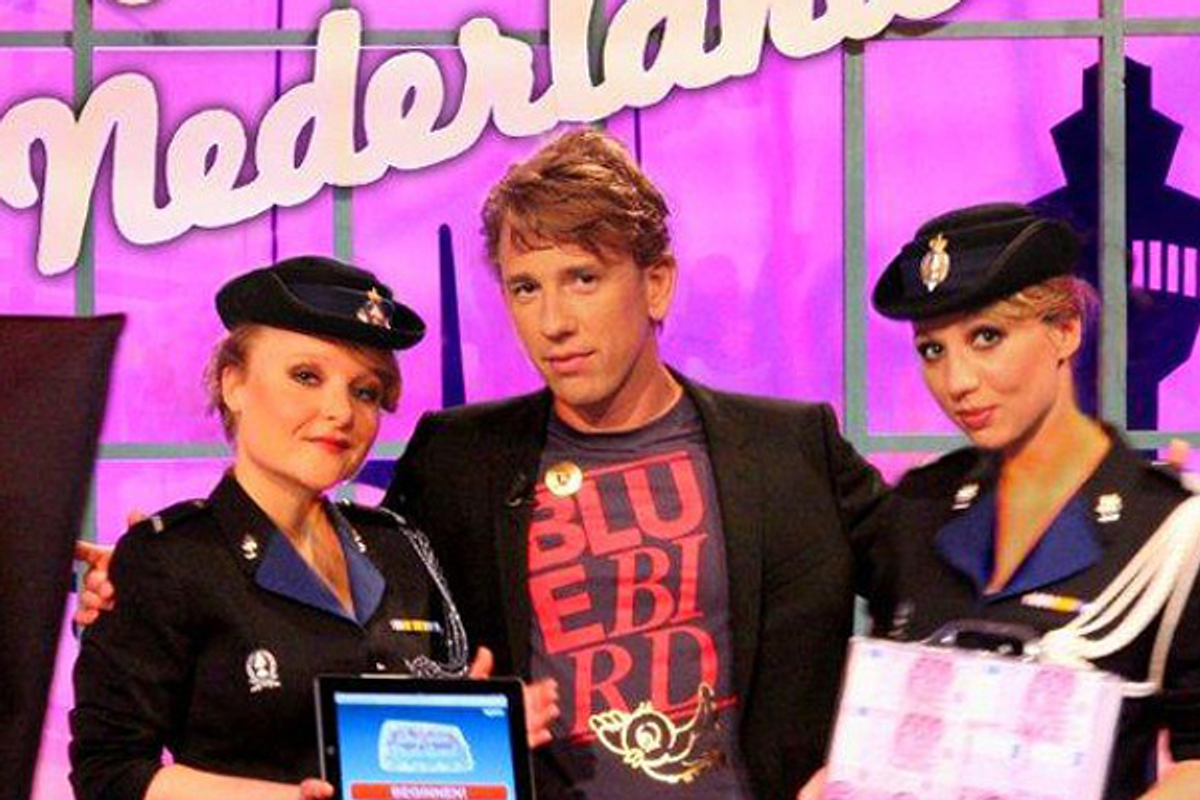 BRUSSELS, Belgium -- The latest sensation on Dutch TV is a quiz show featuring five young refugees who compete to prove their attachment to the Netherlands by answering questions about tulips and bikes, identifying corny local pop tunes and carving an outline of the country's map from a slice of Gouda cheese.

The winner gets a plastic suitcase containing 4,000 euros ($5,680) to take with them when they are expelled.

All five have already had their asylum requests rejected, and face an uncertain future when they are deported to countries they barely remember.

Broadcast across the nation last Thursday, the show may sound like a scene from a surreal black comedy, but "Weg van Nederlands" (it can translate as either "Away from the Netherlands" or "Crazy about the Netherlands") was for real.

The contestants are students who fled their homelands as children and grew up in the Netherlands. Now, though, their adopted nation has tightened its asylum policies, and their time is up.

With its ever-smiling presenter, flanked by a pair of gyrating blondes in sexed-up police uniforms with mini-skirts and plunging necklines, the show makes disturbing viewing.

Contestants are invited to "come on down" in traditional gameshow fashion, and are introduced by a peppy, off-screen announcer. Viewers are told, for example, that 18-year-old Gulistan is from Armenia and her brother was murdered. She's lived in the Netherlands for 11 years, wants to be a lawyer and loves syrup waffles.

Dutch viewers watching at home were able to participate in the quiz by answering the questions online. Their top prize was a vacation on the Caribbean island of Curaçao and the presenter joked that, unlike the asylum seekers, they'd get a return ticket.

Although the show's deliberate bad taste has provoked outrage, supporters, who include refugee rights groups, say the shock tactics are an effective way of raising public awareness and provoking debate on the issue.

"Of course it's terrible, but it is also very smart," said Janneke Bruil, from the Foundation for Refugee Students, which helped find contestants for the show.

"When you watch this show it hits you right into your heart. You can't help but think that something is wrong. It's a game, but at the same time these people are going to be sent off on a plane, and it's their life. You have to ask 'what is going on here?'"

The Netherlands long had a tradition of welcoming refugees, but in recent years there has been a surge of support for political parties opposed to immigration amid concern that the number of foreigners living in the country is undermining Dutch culture. The anti-Islamic Party of Freedom scored 15.5 percent in last year's general election, making it the third-largest group in Parliament, and the center-right government is dependent on its support. Asylum policies have been tightened.

"They don't see us like human, animals have more rights than asylum seekers," said Blessing, 24, one of the contestants on last week's show. Full names of the participants were not released for privacy reasons.

"They just see us a bunch of thieves and liars, but they need to start seeing us as individuals. Look at the people on the program; we have so much to contribute," she insisted. "We are not just eating, sleeping and waiting for the government to do things for us, we are hard-working people, we've proven to them that we are integrated into the system and we are ready to contribute and to give back."

Blessing fled Cameroon when she was 15 and is now about to complete her Aviation Engineering degree at the Hogeschool Amsterdam University, but has had her residency revoked and risks deportation. She defends the show's unconventional approach.

"There have been so many serious shows about this subject, so many very sad interviews," she told GlobalPost in a telephone interview. "It's a serious issue, but by treating it in a funny way we can do something different from what people are already used to and get more attention. We wanted to show that we are not pathetic people, we are just normal, that's why we took a fun approach."

Competing against rivals from Chechnya, Sri Lanka, Syria and Armenia, Blessing was the first contestant eliminated from the show due to her inability to carve cheese or answer questions like: how many bicycles were stolen in the Netherlands during 2010? (The answer: 524,000). As a consolation prize, she was given a bulletproof vest decorated in the style of traditional Delft blue tiles.

Gulistan from Armenia was the eventual winner of the 4,000-euro prize.