The ice cream makers reveal their most unusual choice yet, named after a "Saturday Night Live" sketch 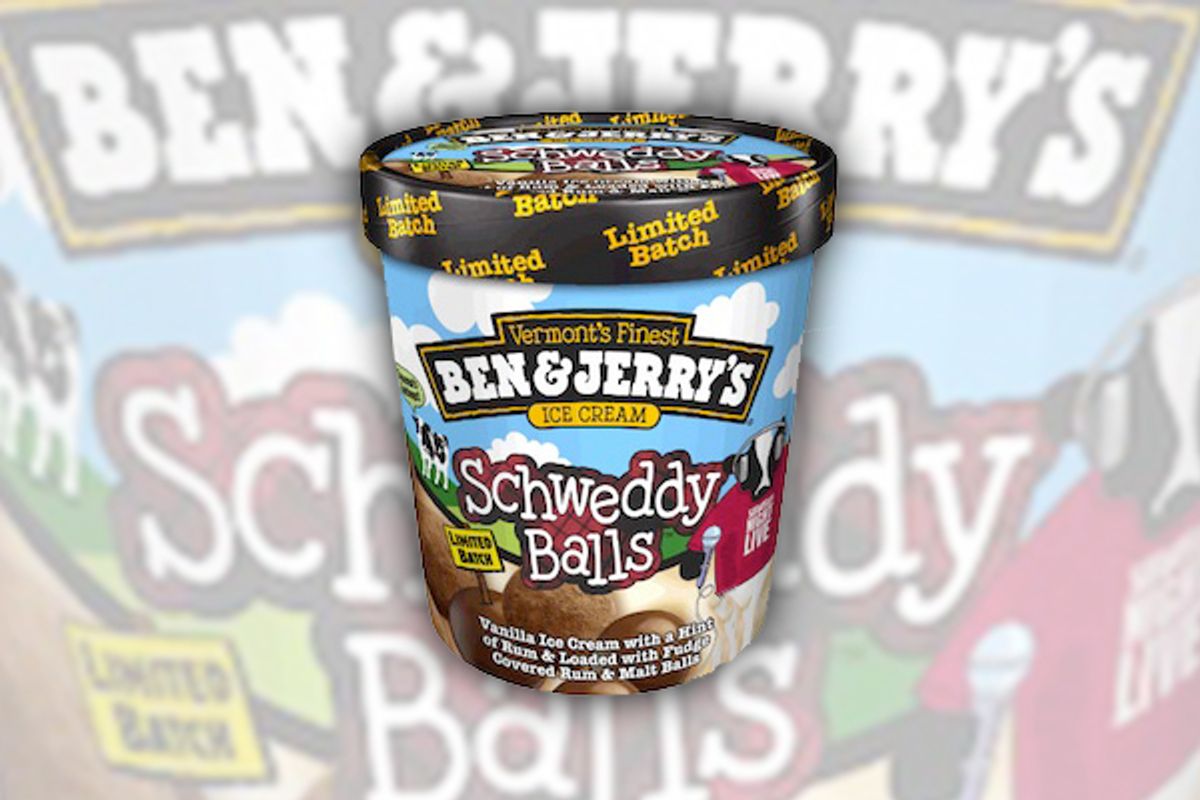 The flavor has been the subject of more hot rumors than a Jennifer Aniston pregnancy ever since "SNL" alum Ana Gasteyer casually let the news slip in an interview with NY1. In the world of "SNL," the balls are the holiday treats of one Pete Schweddy (Alec Baldwin), who tells his NPR "Delicious Dish" hosts that "the thing I most like to bring out at this time of the year are my balls." As he explains, "No one can resist my Schweddy Balls."

But will real-life consumers go for a flavor with a connotation that sounds like it could be redubbed Funky Jockeys? Ben & Jerry's spokesman Sean Greenwood told Time Wednesday, "We're not trying to offend people. Our fans get the humor." And the flavor, "vanilla ice cream with a hint of rum loaded with fudge-covered rum and malt balls," does sound like a festive treat. After all, what goes better with a big Yule log than some nice Balls?

Baldwin told Time that he's delighted to see "Ben & Jerry's and Schweddy. Two great names in American dessert, together at last," while Gasteyer admitted, "As a person and a performer, I am a sucker for holiday balls." Just grab the Balls while you can -- Ben & Jerry's is only rolling the flavor out through the holidays. But even long after you're no longer Schweddy, at least you'll still be able to keep plunging your tongue into their Cinnamon Buns.