But Harry Reid tricked him into not skipping Obama's speech 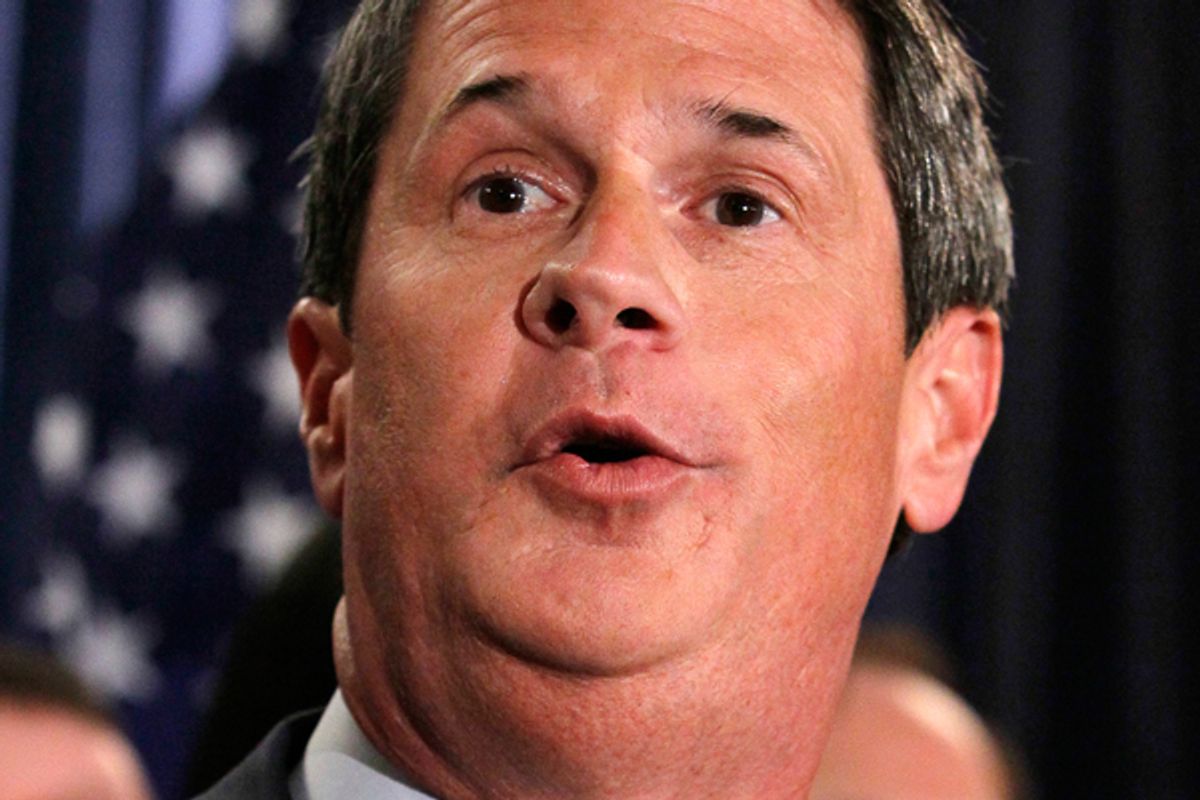 David Vitter, a Republican senator from Louisiana known solely now and until the end of history for enjoying the company of prostitutes, had a great idea: He was going to petulantly skip Barack Obama's speech to Congress about his jobs proposal, and go to a football party instead. This would show his constituents how much contempt he has for Barack Obama, because that is how Republicans prove seriousness, these days. Well, Harry Reid scheduled some votes for after the speech, just as a sort of mildly amusing "screw you" to the high-profile skippers.

David Vitter is not happy! He is so unhappy he immediately emailed his supporters to whine and carry on about the grave injustice of David Vitter having to go vote on stuff instead of watching a football game, at a party.

"Apparently my attending my own Saints game party at home in Louisiana is the latest casualty of Washington partisanship," Vitter wrote. He's right. That is the latest casualty, and will remain so until someone else loses their illegally foreclosed upon house or falls off the unemployment rolls, both of which will probably happen within the next hour of two.

This HAS gotten out of hand! See the update I just posted on social media below:

Typical Harry Reid. He’s now scheduled votes that should’ve been held this morning for right before and right AFTER prez’s speech. Pens in those who would have skipped speech, like me. So now I’ll miss my own Saints game party at home. Always knew Harry was a Dirty Birds fan! Don’t worry -- only strengthens my Who Dat resolve. On to the Super Bowl!

Yeah Harry Reid is such an Atlanta Falcons fan, that is very obviously why he did this, to David Vitter.

Why does any politician ever think this line is a winner, exactly? "They're forcing me to vote when I'd rather be not voting!" Voting is a U.S. senator's job. Everyone in the world would rather go to a party and watch a Saints game than go to work, but because most people are not spoiled children, they do not complain to thousands of strangers about the unfairness of the "having a job" arrangement. Especially when millions of people have no jobs, at all.

And voting is not even a hard job! It seems pretty boring, but you just show up and say yes or no. That's it!