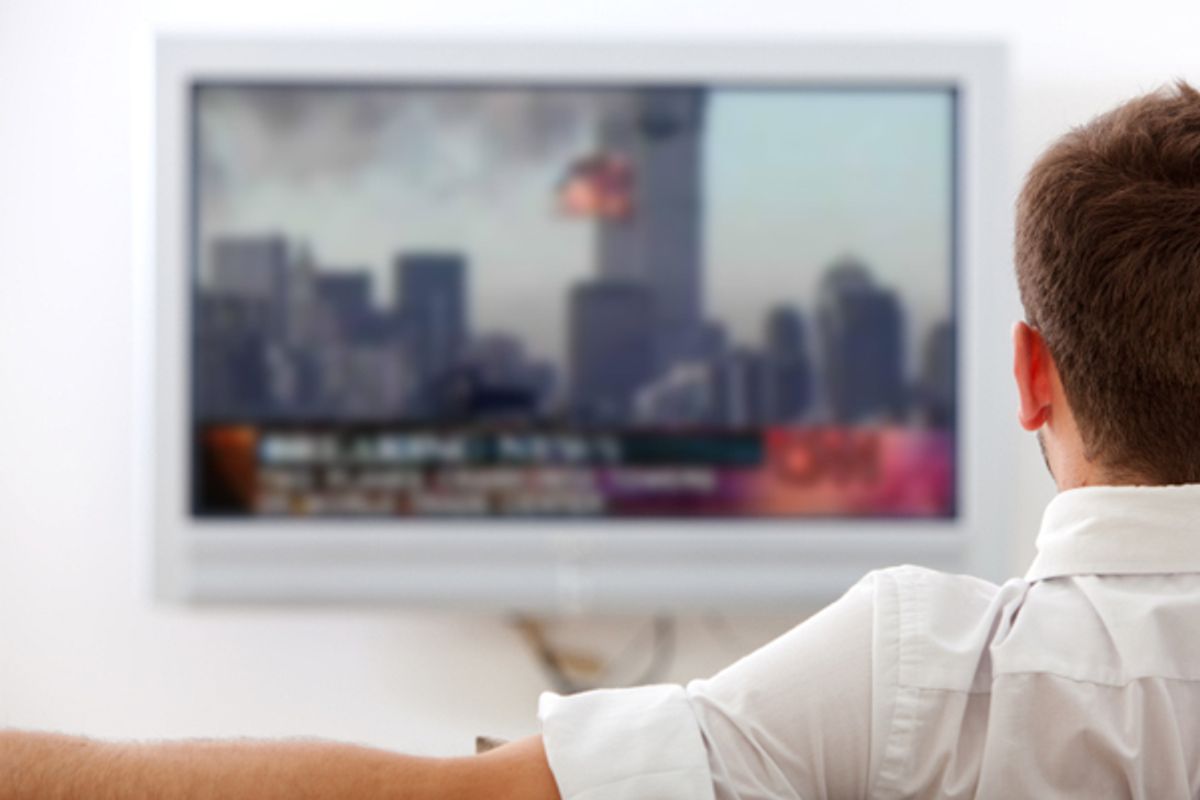 (This article first appeared in Mondoweiss.)

Later I learned that one of the planes had gone right over me. I wonder if I noticed it at the time. I was working outside that day in the Hudson Valley. I was already disaffected enough from mainstream journalism that I worked now and then as a laborer for a friend. We were putting sheathing on a house. When the announcer on the radio said a second plane had hit and started playing weird music, we went inside and turned on the TV. “I’ll go fight them,” I said to Dave.

The journalism I remember most from those days were the shocking bits, Arundhati Roy’s stunning piece in the Guardian about America as a terrorist power and Susan Sontag’s piece in the New Yorker about the terrorists being courageous. I remember them because Roy was right, somewhat anyway, and Sontag was blacklisted. It was the first sign that things were going to get ugly journalistically too. Not only the Patriot Act and Guantánamo but — the New Yorker and New York Times and Washington Post were turning into war ponies.

My own journalism before that seems trivial to me. I have boxes of it in the basement, the pages moldy and fused and from someone else's life. I had looked for deep meaning in my work and not found it. A friend and I had once written to Harrison Salisbury at the New York Times and said, What do we have to do to get a story like the Pentagon Papers. He wrote back and said Patience.

9/11 changed everything for me. It empowered the neoconservatives and brought the Iraq War, and the Iraq War forced me to reexamine my decision as a young person to avoid Jewish subjects and indeed to skirt Marty Peretz’s whole agenda, Israel, at the institutions he and I were engaged with. I went to Israel and Palestine at last, a month before I turned 50. I threw myself into Jewish history with the knowledge that American history and Jewish history were now deeply intertwined, and that many of the things I had personally witnessed, success culture in New York and journalistic culture, were about the Jewish rise in American life. 9/11 built Mondoweiss and brought me in touch with great people, many Jewish, whose values I could admire. The arrogance that making over $100,000 a year for glossy publications printing lies that Charlize Theron has told you can produce in someone began to ebb. And now people with names like Seham, or Ahmed, or Anand or Antony or Idrees or Ali, were no longer strange to me.

I would like to think that the positive changes I experienced in the last 10 years will be ones America will experience too. That our arrogance will end, that we will be forced to respect other cultural norms, that the neoliberal belief that history ended with the creation of Tom Friedman’s mustache has been shattered. We are in history. It has been a terrible 10 years to make such a lesson, and the destruction of countless lives. Look at Afghanistan (a war I supported, wrongly), rendition, Islamophobia, Iraq, Dick Cheney, look at the people dropping from the upper floors -- why it never ends. But maybe it will end.

A few weeks back at the 92nd Street Y, the Dutch-Moroccan writer Abdelkader Benali said that the Arab spring was only possible because of 9/11. That Islamophobia in the West after 9/11 sent educated progressive Muslims in Western cities back home, and they wanted to reclaim home. So they decided to change it and lacked the fear that people who lived there had of the leaders. I believe these convulsions have softened nationalism, and that by coming home I am helping to change Jewish life in much the same way. And that we are all part of an international movement to change this country. That September was a long time ago, and we will have our American spring.