"Realism" is in the eye of the beholder

Part 2 of the video series "In the Cut" takes apart an absurd, intricate set piece from Philip Noyce's film 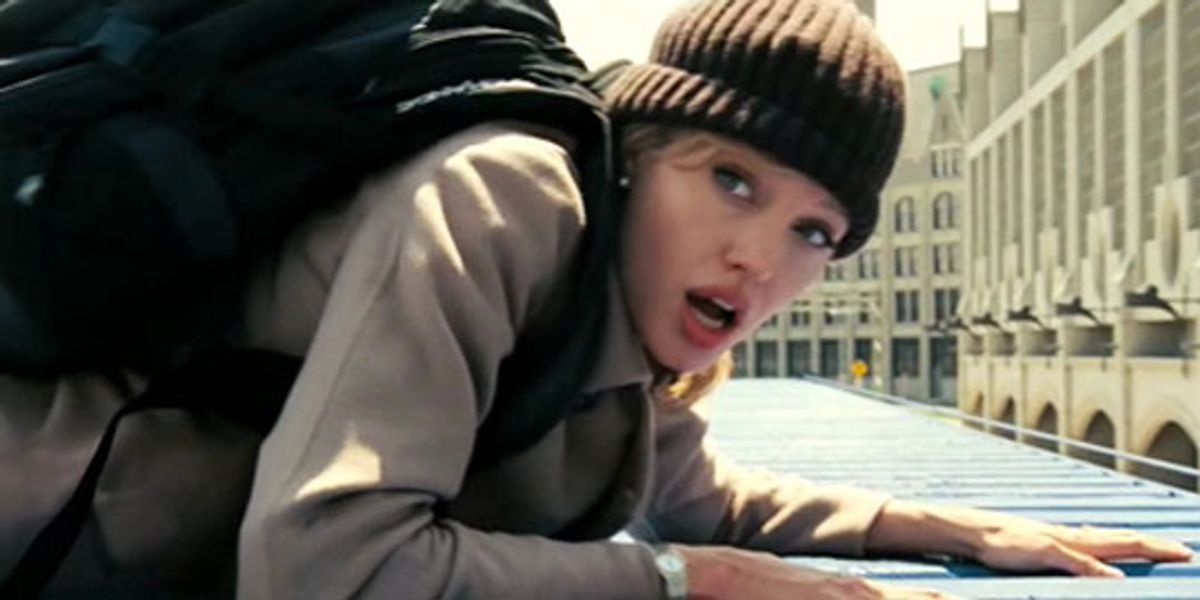 Part 2 of Jim Emerson's series about action film editing deconstructs an action sequence from "Salt" (2010), starring Angelina Jolie as a Soviet mole on the run.
--

After railing against "incoherent" shots and cuts in "The Dark Knight," Emerson finds more to like in the scene that finds heroine Evelyn Salt (Angelina Jolie) escaping her CIA colleagues after being unmasked as a Russian mole, then leaping from an overpass onto the roof of an 0nrushing semi. Although the action here is as ridiculous as anything in the "Dark Knight" chase, and the pace is nearly as relentless, Noyce's compositions, camera moves and cuts are more exact. As a result, the scene's sense of geography is more coherent, and there's less of a nagging feeling that certain moments are being "cheated" in the editing room.

"There are certain directors I think of as 'one-thing-at-a-time' filmmakers," Emerson writes in his introduction to the piece at Press Play. "That is, they seem to be incapable of composing shots that have more than one piece of information in them at a time. This makes for a very flat, rather plodding style. You see what the camera is pointed at in each shot, but you get very little sense of perspective when it comes to relating it to other elements in the scene. Noyce’s technique is much more fluid, organic and sophisticated. He keeps things from one shot visible in the next, even when shifting perspective -- whether it’s only a few feet or clear across several lanes of traffic."

Emerson's nine-minute video essay on the "Salt" sequence is embedded below. To read Emerson's written introduction, view screen shots and watch the original, uncut "Salt" sequence, click here. To see Emerson's post on "The Dark Knight," click here. Later this week we'll publish Part 3 of the series, which hops into the way-back machine to revisit the 1958 crime thriller "The Lineup," directed by Don Siegel ("Dirty Harry").

In the Cut, Part II: A Dash of Salt from Jim Emerson on Vimeo.