How a normal, healthy government behaves

Turkey continues to be angry at Israel for killing its citizens, while the U.S. says -- literally -- "who cares"? 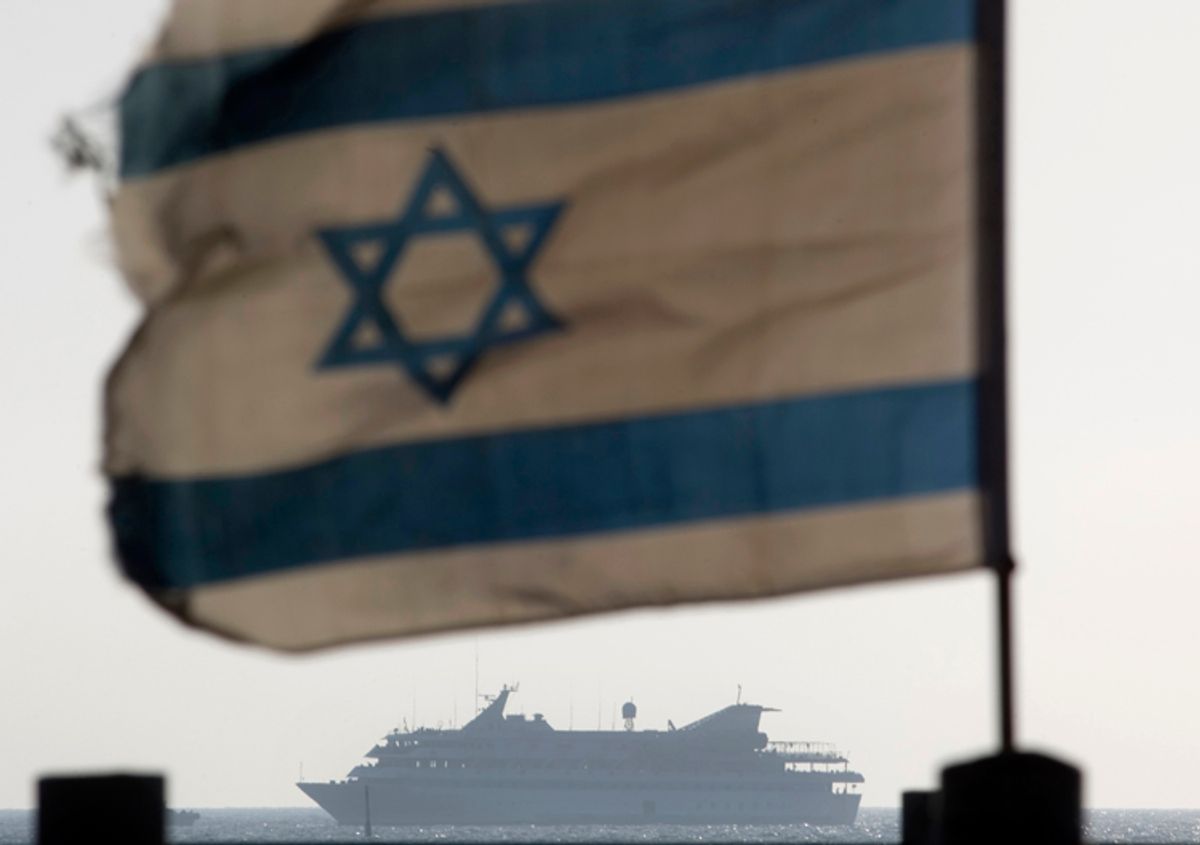 In this May 31, 2010 file photo the Mavi Marmara ship, the lead boat of a flotilla headed to the Gaza Strip which was stormed by Israeli naval commandos in a predawn confrontation, sails into the port of Ashdod, Israel.
--

Relations between Israel and Turkey have become increasingly strained ever since Israel attacked the Mavi Marmara last year, shot and killed 9 people aboard (8 Turkish citizens and 1 American teenager), and then steadfastly refused to apologize.  That's because normal, healthy governments get angry when foreign armies shoot and kill their unarmed citizens for no good reason:

Once a close ally of Israel, Turkey accelerated its growing stature across the Arab world -- and further upended the regional order -- when it downgraded diplomatic relations with Israel and expelled its ambassador early this month after Israel refused to issue an apology for a deadly commando raid last year aboard an aid ship trying to break the embargo of the Gaza Strip. . . .

[Turkish Prime Minister Recep Tayyip] Erdogan seemed to present himself as a spokesman for the backlash against Israel unleashed by the revolts across the region.

"Israel is the West’s spoiled child," he said, "to this day it has never executed a decision by the international community."

Asked about Turkey’s downgrade of diplomatic relations with Israel, he vowed that his nation would not back down until Israel apologized for its forces killing eight Turkish citizens and an American of Turkish decent aboard an aid flotilla seized in international waters on its way to the blockaded Gaza Strip. "Israel cannot play with our dignity," he said.

That reaction stands in very stark contrast to the response to that Israeli attack from the Obama administration, which not only isolated itself from the rest of the world to defend Israel (as usual), but actually took this repellent position even in the face of the Israelis' killing of 19-year-old American Furkan Dogan (click image to enlarge):

Watching the U.S. Government refuse even to pretend to care that Israel killed one of its unarmed citizens was one of the most glaring episodes yet demonstrating how defending Israel is prioritized by the U.S. above even a defense of its own citizens.  Prime Minister Erdogan himself noted that bizarre behavior:

He faulted the United States, as well, for failing to demand a similar apology for the killing of its citizen in the commando raid. "One of the victims was an American from Turkish origin, but America did not protect the right of its citizen after that," he said.

A far bigger test still of the U.S. Government's willingness to prioritize its own citizens' interests above Israel's will come with the expected U.N. vote this month on whether to recognize Palestinian statehood.  Most of the world is expected to vote in favor and its passage is virtually guaranteed, unless the U.S. vetoes it.  Long-time U.S. ally, Saudi Prince Turki al-Faisal, this weekend credibly detailed the multiple, serious harms to U.S. interests if it exercises its veto.  But if past is prologue, those interests will pale in the face of the political imperative of supporting this foreign government.

For several months, praising the Arab Spring was mandated in American political circles even though it's long been obvious that the U.S. vehemently opposes democracy in that region -- and has long craved compliant dictators -- as the best means for suppressing popular opinion that is highly critical of the U.S. and Israel.  Now that it is clear that more democratic responsiveness in the Muslim world means less subservience to the U.S. and Israel, the nation's most neoconservative media organs -- which ironically pretended for years to favor the spread of democracy -- are now confessing their concerns about it.  The Washington Post Editors today lament that the Arab Spring is resulting in greater criticism of Israel, while their columnist Richard Cohen openly longs for the days of Mubarak, the Shah of Iran and a less democratic (though more "Westernized") Turkey.  "Spreading democracy" is but the pretext for the wars they crave in that region; the last thing they want is for public opinion to have any relevance at all.