Toronto: Sarah Polley's "Take This Waltz," a daring contemporary love story, is one of 2011's most memorable films 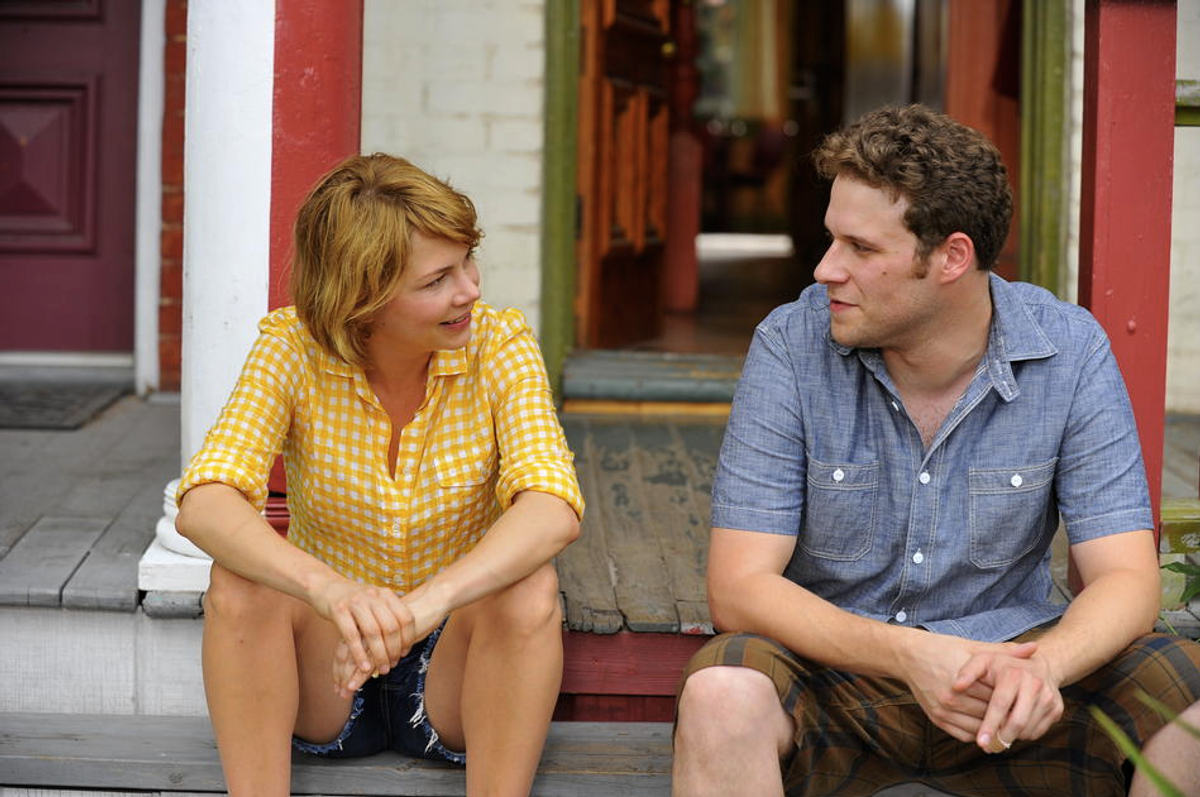 TORONTO -- This year's film festival on the north shore of Lake Ontario has featured several major movies that sparked divisive reactions. I've heard sharply divergent opinions expressed about George Clooney's "The Ides of March," Alexander Payne's "The Descendants," Steve McQueen's "Shame" and David Cronenberg's "A Dangerous Method," just to name a handful. But the most telling dichotomy of all may surround "Take This Waltz," the second feature from actress-turned-filmmaker Sarah Polley, which pushes the female-centric relationship movie into adventurous new territory. (At this writing, there's still no news about United States distribution for this movie, but one way or another you should be able to see it soon.)

Well, you can put me down in the "yes" column, big time. Featuring the reliably terrific Michelle Williams in one of her best roles, as a hipsterized, slightly unhinged woman who got married too young and meets a mysterious stranger who makes her regret it, "Take This Waltz" is frank, erotic, often very funny and sometimes startling, with an underlying tragic sensibility. Polley has a wonderful ear for dialogue and an even better eye for the nuances of character and relationship. While some viewers here clearly found this film both cloying and off-putting, I found it to be a thrilling and unpredictable ride with a character you're never quite sure about. It's now clear that Polley's assured first feature, "Away From Her," was not a fluke, and very suddenly she looks like one of the most interesting indie auteurs on the North American scene.

Admittedly, "Take This Waltz" had a big advantage at this festival. Polley is Canadian and the film was largely shot in Toronto, showing off the city's attractive inner neighborhoods, with their attached rowhouses, deep porches and vaguely funky vibe. Borrow a Leonard Cohen song for the title, and there's simply no way the movie was not going to be embraced by Canadian audiences. But there's nothing specifically Torontonian about the complicated performances Polley gets from her cast, or her often thrilling use of pop music, or the combination of humor, sympathy and dispassion with which she views Margot, Williams' character. Some people here were eager to discuss "Take This Waltz" in light of the fact that Polley herself was recently divorced and remarried, and here's what I have to say about that: a) Sure, of course; b) Male artists have channeled autobiography into their work for millennia, and it's largely a question of how well you do it; and c) This film doesn't feel like therapy, or at least it's therapy of a very high order.

When we first meet Margot and her husband, Lou (played by Seth Rogen, who is so good here I almost forgave him for "Green Hornet"; can someone drag him away from dude comedies permanently?), they seem pretty much OK, certainly better than some other couples you and I have known. She has some kind of dead-endish copywriting job with Parks Canada (equivalent to the National Park Service), and he's writing a cookbook about chicken. You might not think there's all that much comic and/or symbolic gold to be mined in such a dumb, basic gag -- Lou's a great cook but only makes chicken, night after night after night -- but you would be wrong. Sure, Lou and Margot have some weird little passive-aggressive private games, like the one where they talk about how they're going to maim and murder each other, or the one where they tell each other they love each other in little baby-alien voices. (Almost anyone who's ever been in a marriage or long-term relationship will wince with some degree of painful recognition.)

Thing is, by the time we meet Margot and Lou, we already know that Margot has met someone else and that it threatens to be serious. And also that she's kind of a flake. She bumped into slim, dark and diffident Daniel (Luke Kirby) on a business trip to Cape Breton Island, a familiar tourist destination in Nova Scotia. Then she bumped into him again on the plane coming home and flirted outrageously, and then they shared a cab -- and only when they found out that they lived across the street from each other in Toronto did she 'fess up that she was married. That deters Daniel only a little, and then they start "running into each other" on the street almost every day, and then she goes out for a coffee date with him and sits there saying almost nothing while Daniel explains, in intimate detail, what he'd like to do to her. Throughout Daniel and Margot's courtship, Polley's dialogue crackles with energy, and regardless of your gender or orientation, that scene is one of the sexiest purely verbal episodes in the history of cinema.

Margot's predicament is a familiar one for characters in novels written by women with three names, or protagonists of Lifetime movies: the dull but likable guy I've already got, or the handsome and mysterious stranger who turns me on? But to see it applied to a highly believable contemporary young woman -- and not necessarily the most sane or reliable member of the species -- feels almost like a radical departure. "Take This Waltz" is ambitious both cinematically and emotionally, and poses the kinds of questions about love and sex and duty and responsibility for which life does not provide reliable answers. With its potent central triangle and a supporting cast headed by Sarah Silverman (as Margot's alcoholic sister-in-law), "Take This Waltz" is a heartbreaking love story set in a world where every choice you make has serious consequences and "happily ever after" is an unlikely outcome. It's definitely not a movie for everyone -- but if it's for you, you'll never forget it.