What to watch instead of "Conan"

"Solomon Kane" never got a theatrical or DVD release, but it's a much stronger movie than its big-budget brother 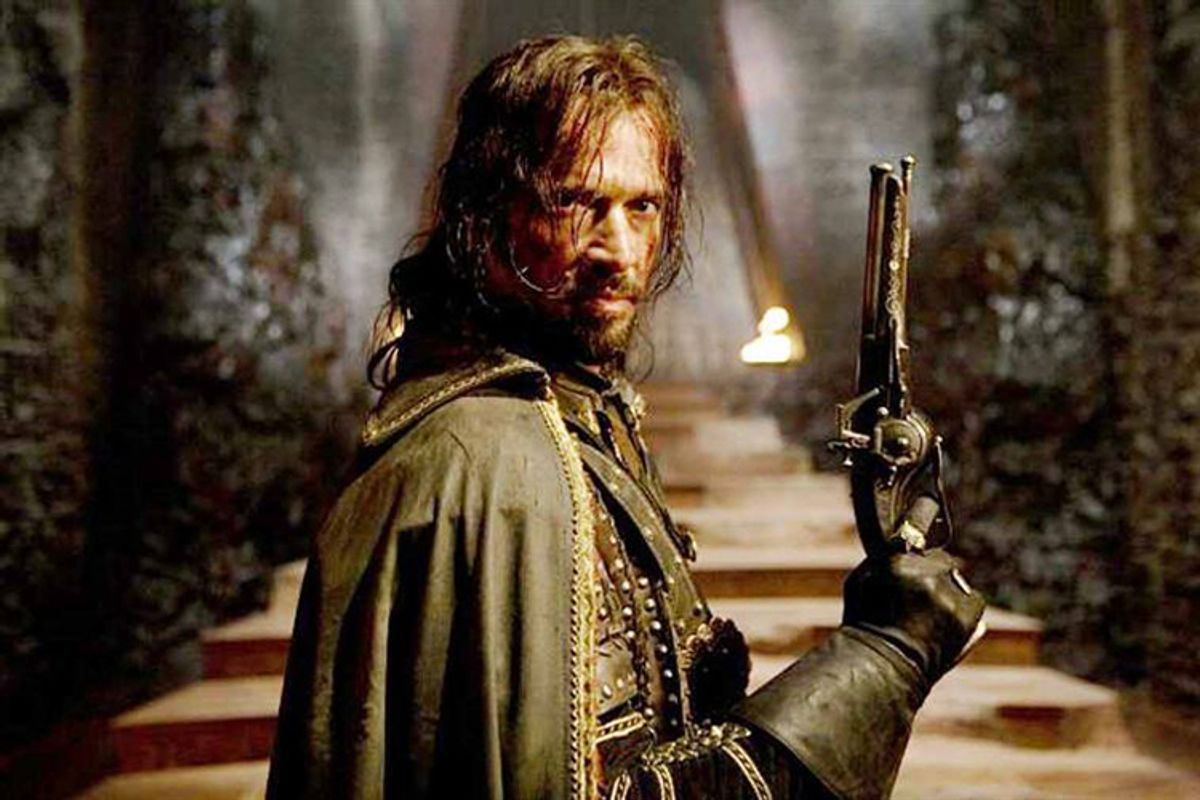 The world of film distribution can be as cruel as a gang of bored silver miners who throw a longhorn bull into a deep pit with a grizzly bear just to see which will survive -- and just as senseless. That explains why this year's "Conan the Barbarian" was allowed to stink up 4,500 screens, while 2009's far superior "Solomon Kane" hasn't even been afforded the scant dignity of a U.S. DVD release. However, you can already save "Solomon Kane" to your Netflix queue, and it's readily available in all shades of legality through those DVD sellers at book conventions (where I got my copy along with "The Star Wars Holiday Special"). Despite its lack of official US release, this movie is finding its audience like note in a bottle tossed adrift by the ghostly hand of author Robert E. Howard, the suicidal Texan who created both Conan and Kane during the pulp fiction heyday of the 1920s and 30s.

Solomon Kane, a grim demon-slaying pilgrim in a slouch hat, is one of Howard's more inspired creations, but the character hasn't exactly launched the careers of any Republican governors, so it's easy to see why the studio bean-counters backed "Conan" over "Kane." This isn't to say that "Solomon Kane" writer/director Michael J. Bassett ("Deathwatch") has delivered a completely faithful adaptation of any of the original Kane stories, but he has crafted a solid sword and sorcery movie built mostly on James Purefoy's (Mark Antony in HBO's "Rome") ability to be totally badassed in the title role while looking like a refugee from a Thanksgiving parade float. Joining Purefoy are the late Pete Postlethwaite ("The Town," "Inception") and Max von Sydow, who would've made an awesome Solomon Kane himself if Ken Russell or Dario Argento had directed this thing in the 1970s.

The film begins in 1600 with Kane snarling to "kill the putrid heathens" as he leads his band of pirates in a raid on a North African minaret. At the top of one of those stone staircases, demons pop out of mirrors to snatch Kane's men into some dreaded abyss, and Kane barely escapes from a dark entity with a voice like Darth Vader who informs him that his "soul is damned." Once back in a grim England, Kane renounces violence as he walks through a landscape of corpse burnings and hanged men being picked at by crows.

Thankfully, the obligatory origin material is kept to a minimum, and it's not long before an evil necromancer called Malachi (Jason Flemyng of "X-Men: First Class") starts rounding up villagers for no apparent reason. When Malachi's goons butcher the puritan family that gave Kane his buckled hat, Kane finally reconsiders the nonviolence thing. "If I kill you, I am bound for hell," Kane muses before adding that it's a price he "shall gladly pay," as he guts several attackers.

Once the evildoers kidnap the surviving Puritan girl (Rachel Hurd-Wood), Kane sets off on a horse-drawn carnage spree, cleaving Malachi's followers to the bone in true Howardian fashion. En route to his final confrontation with the forces of Satan, Kane confronts a creepy witch girl, fights his way out of a tomb filled with hissing zombies, and is crucified for added oomph, recalling both the Tree of Woe scene in the first Schwarzenegger "Conan" movie and the finale of "The Sword and the Sorcerer," the best bad fantasy film of all time.

Unlike the films that license his creations, Howard rarely let himself get bogged down with the genealogy of his heroes, usually going straight to the violence that pulp readers demanded.  From the moment that Kane, Conan or King Kull show up in a Howard story, "moving like panthers" with their "thews of steel," we know who they are with only a few lines of florid prose to characterize them. While Bassett is as unwilling as the makers of other superhero movies to let his archetypes speak for themselves, he maintains Howard's vision of Kane as an unstoppable force of piety who will pursue the girl and her abductors to the ends of the Earth. "Solomon Kane" also dispenses horror and action in the right measurements, and surprises with some atmospheric shots of the English (and Czech) countryside and above-average special effects.

As a fan of Robert E. Howard (and you can probably tell I am one), I can only look on with envy at how much Hollywood is cowed by the legions of Tolkien and J.K. Rowling admirers who will launch a blistering campaign of Tumblrs and tweets if their beloved fantasy figures are mishandled by the movie industry. Because of their numbers and veracity, those other fantasy fans are rewarded with Jackson's "Lord of the Rings" trilogy and a well-crafted "Harry Potter" franchise, while Howard's more ragtag following gets a series of studio tax write-offs.

But in "Solomon Kane" we have a glimpse of the Howard franchise made with some respect for the source material -- at least if you can get your hands on it. "This movie has not been released on DVD," Netflix warns in fine print. "Future availability is not guaranteed."