When will Andrew Breitbart correct this climate report post? 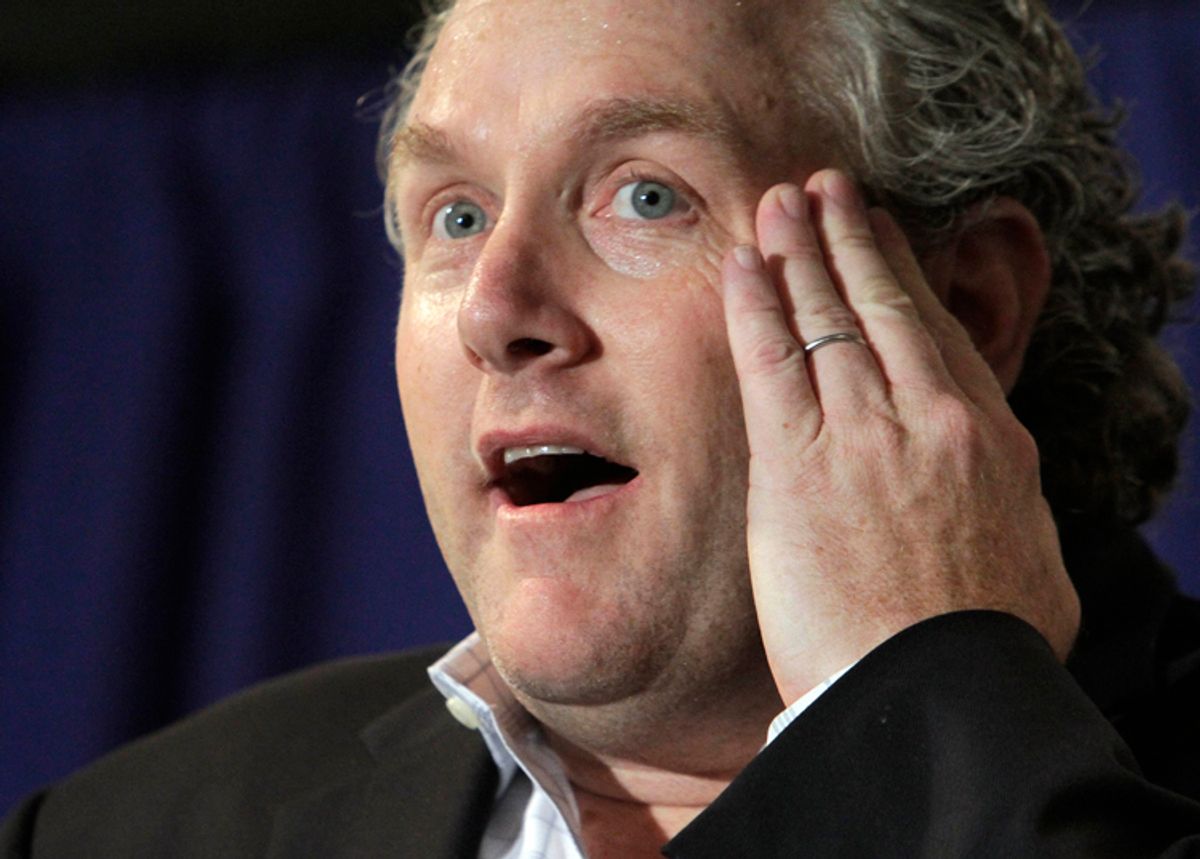 Conservative activist Andrew Breitbart, who runs BigGovernment.com, addresses a news conference prior to U.S. Rep. Anthony Weiner, D-N.Y.,, in New York, Monday, June 6, 2011. After days of denials, a choked-up New York Democratic Rep. Anthony Weiner confessed Monday that he tweeted a bulging-underpants photo of himself to a young woman and admitted to "inappropriate" exchanges with six women before and after getting married. (AP Photo/Richard Drew) (Richard Drew)
--

Just a quick question: Will Andrew Breitbart, the world's most ethical crusading journalist, ever get around to issuing a correction to this post that appeared at his BigGovernment.com site last week?

Here's the first paragraph of the post, by "financial writer" Chriss W. Street:

Nature Journal of Science, ranked as the world’s most cited scientific periodical, has just published the definitive study on Global Warming that proves the dominant controller of temperatures in the Earth’s atmosphere is due to galactic cosmic rays and the sun, rather than by man. One of the report’s authors, Professor Jyrki Kauppinen, summed up his conclusions regarding the potential for man-made Global Warming: “I think it is such a blatant falsification.”

The first sentence is a mischaracterization of a summary of a study. Breitbart could conceivably argue that it doesn't warrant a correction, even though it's intentionally misleading. But the second sentence is straight-up factually wrong. As Mark Follman writes at Mother Jones, Professor Jurki Kauppinen is not one of the report's authors. He just isn't.

So you should drop Andrew a line, maybe? He's pretty busy, destroying the institutional left and having insane feverish conversations with imaginary military dudes about the coming violent civil war with liberals, but I'm sure he will get around to fixing this blatant factual error once it is pointed out to him.