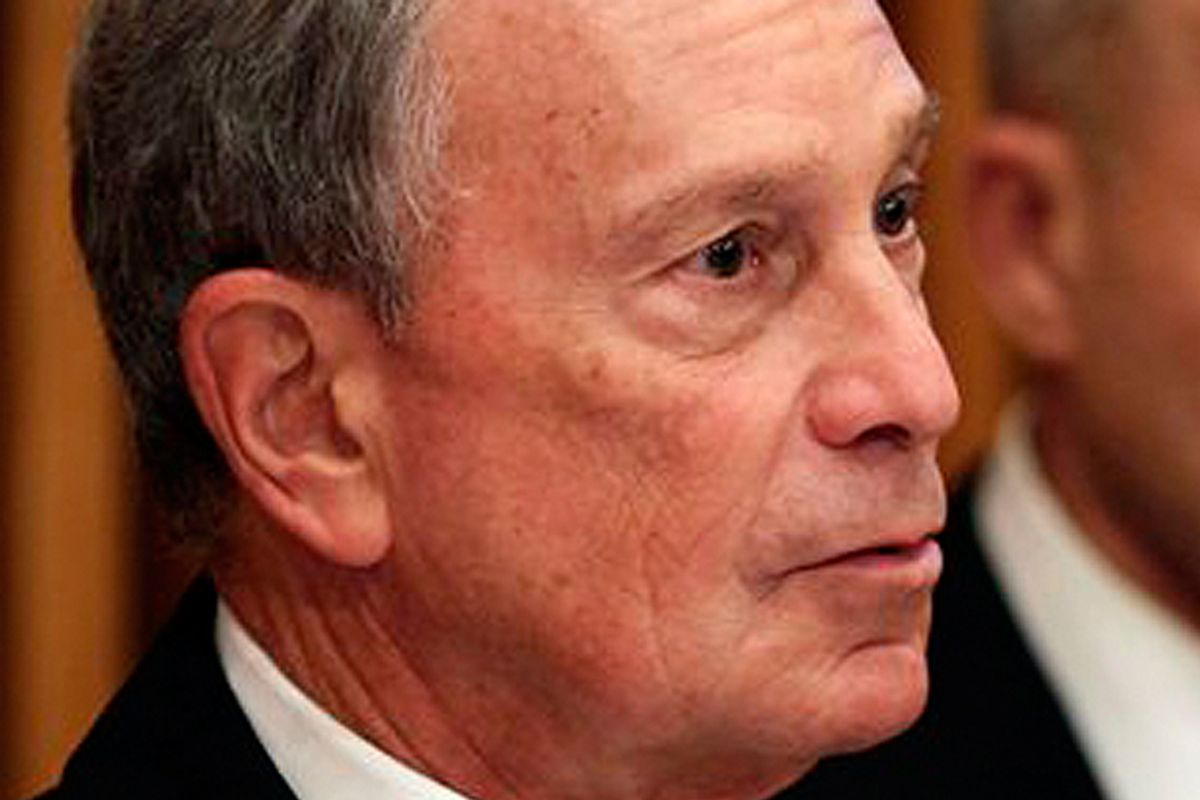 New York City Mayor Michael Bloomberg is also a billionaire media mogul. His financial information company recently unveiled an opinion section, promising only "ideology-free, empirically-based editorial positions." Bloomberg installed his ideology-free opinion-writers at the office of his foundation where the mayor can have direct, personal involvement in their work. All of this adds up to a mess of potential conflicts of interest. Today, the "Bloomberg View" is that very rich people -- like Michael Bloomberg, say -- should not pay more taxes.

Of course, the unsigned editorial is very reasonable. It's a Bloomberg View editorial, and the Bloomberg brand is all post-partisan reasonableness. But the bottom line is that billionaire mayor and hypothetical third-party presidential candidate Michael Bloomberg opposes the Democratic president's plan to raise taxes on billionaires. Why? Out of greed or self-interest? No, of course not! Because it's "silly."

However, we don’t support a special tax on millionaires. Not because it’s damaging to the economy in and of itself, but because it’s silly. And silly can be dangerous if it stands in the way of sensible reform.

A debate over taxing millionaires (and Buffett urges yet another bracket for ten-millionaires) will eat up time and attention that needs to be hoarded for the important debate about quarter-millionaires (i.e., the $250,000 crowd), because that’s where the real money starts.

Millionaires and ten-millionaires do not have "real money," apparently. And proposing to tax them is a waste of time, time that could be spent on "sensible reform." ("Sensible" seems like a pretty subjective term, but in this case "sensible" means "whatever Michael Bloomberg thinks.")

A special millionaires’ tax would affect three taxpayers out of 1,000. Absurdly, it would let people making, say, $900,000 off the hook. We have no idea how much revenue it would bring in -- exact figures aren’t available because Obama is going to leave the exact structure of the tax to the so-called supercommittee of senators and representatives that grew out of last month’s debt-ceiling jamboree. It’s largely symbolic. Worse, it’s a distraction.

"There is nothing inherently evil or even objectionable about making $1 million a year," says the official political opinion factory of billionaire mogul Michael Bloomberg, whose townhouses are decorated with million-dollar couches and $40,000 sconces. There's no point in raising taxes on a man who owns a $50,000 "antique snooker table," when we can instead rewrite the entire tax code, eventually, someday.