Zooey Deschanel wears out her welcome

If you thought you couldn\'t get enough of her 21st century Diane Keaton routine, this sitcom will prove you wrong 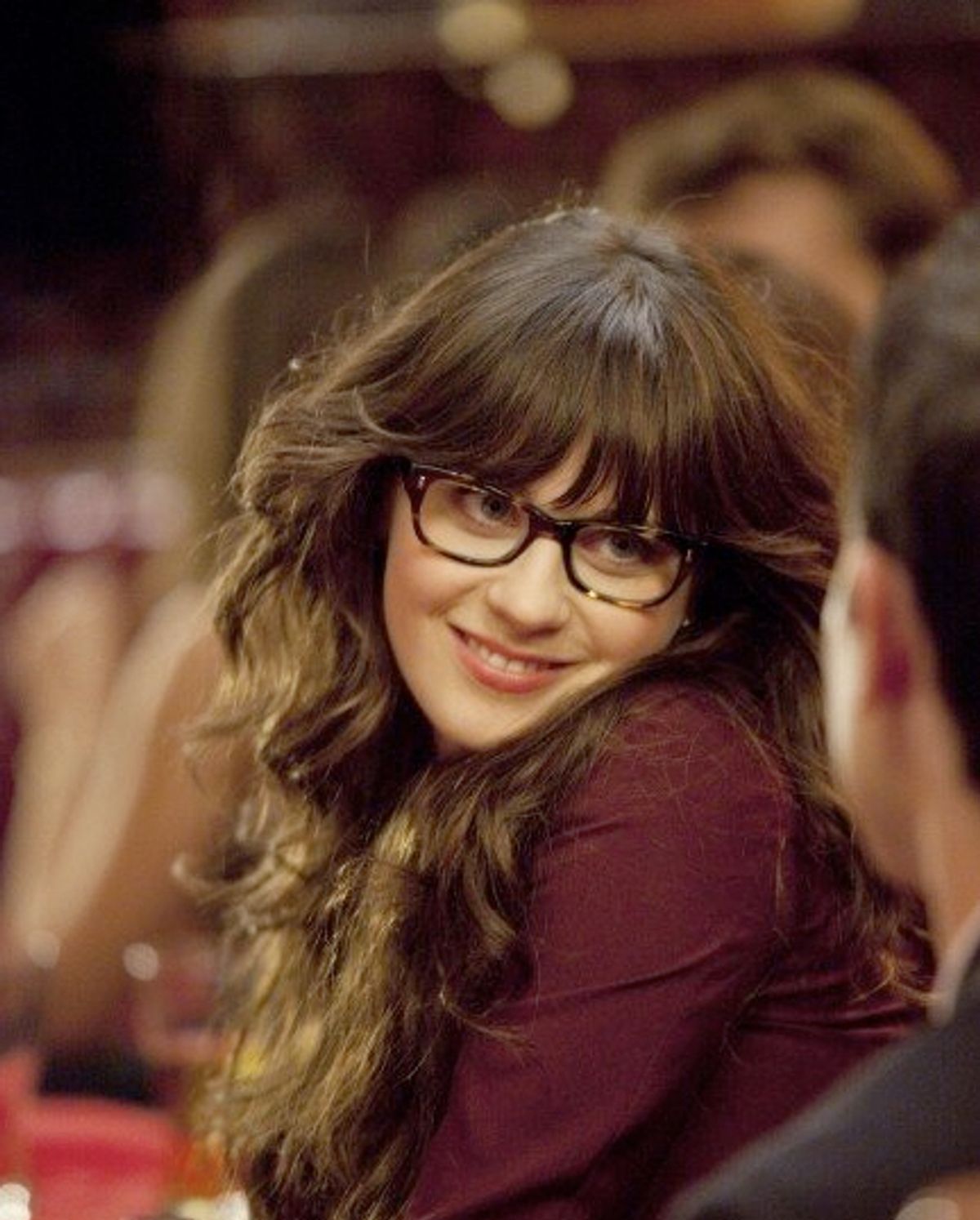 If you thought you couldn't get enough of Zooey Deschanel's 21st century Diane Keaton routine -- the stammering, the fluttery hands, the retro singing, the game-for-anything klutziness -- the new Fox sitcom "New Girl" (Tuesdays 9 p.m./8 Central) will cure you of it. I won't bore you with analysis of Deschanel as an example of the "Manic Pixie Dream Girl"; if you don't know the phrase, click here, or watch almost anything Deschanel has ever appeared in, starting with "All the Real Girls" or "Elf." Suffice to say that if Deschanel didn't invent the MPDG prototype, she damn sure defined it -- and that it might be time to re-tool it, or maybe retire it for a while.

In fact, there are times in tonight's pilot where Deschanel's character, Jessica Day -- a goofy, highly emotional quasi-basket case recovering from a busted relationship with a cheater named Spencer -- seems as though what she needs isn't True Love, but tough love, or very strong medication.  To its credit, "New Girl" seems inclined to critique the Deschanel screen persona when it's not celebrating it as irresistibly darling. "I could pretend to be more like you, and live on a sparkly rainbow, drive a unicorn around and just sing all the time," a more jaded friend tells her. But while that's a good start, it's not enough to sustain a very thin, very cutesy sitcom that rarely rises above the merely pleasant.

Not that the three male roommates with whom she moves in -- even-tempered Nick (Jake M. Johnson), preening fool Schmidt (Max Greenfield) and surly gym trainer Coach (Damon Wayans Jr.)-- are models of maturity and sense. From the looks of them, they're all in their late 20s or early 30s at least, which is really too old to be acting like college freshmen. (Schmidt compulsively takes his shirt off whenever he's in the presence of an attractive woman, the better to show off his fat-free torso.) But since we live in the age of the Seth Rogen/Jonah Hill/Zach Galifianakis/Paul Rudd-style man-boy, perhaps I'm wrong and this is actually the New Normal for single heterosexual men.

No matter: From the mallet-on-the-head running gag about Jessica cathartically weeping during "Dirty Dancing" to the finale, which finds the three guys leaving the hottest party of the year to go help mend her broken heart, "New Girl" is a collection of nice but unremarkable "bros are from Mars, chicks are from Venus" observations. And I'm not convinced it's a sensible follow-up for "Glee," its time slot lead-in. Unless the entire point of "New Girl" was to give preteen "Glee" fans a weightless fantasy vision of what it's like to be grown-up and independent in the big city -- in which case the show might become a huge hit with kids who haven't lived long enough to know how fast they'd run to avoid these people if they were real.