Nader plan to primary Obama "not that far along"

A Ralph Nader-endorsed project to challenge the president has no organizational heft behind it, for now 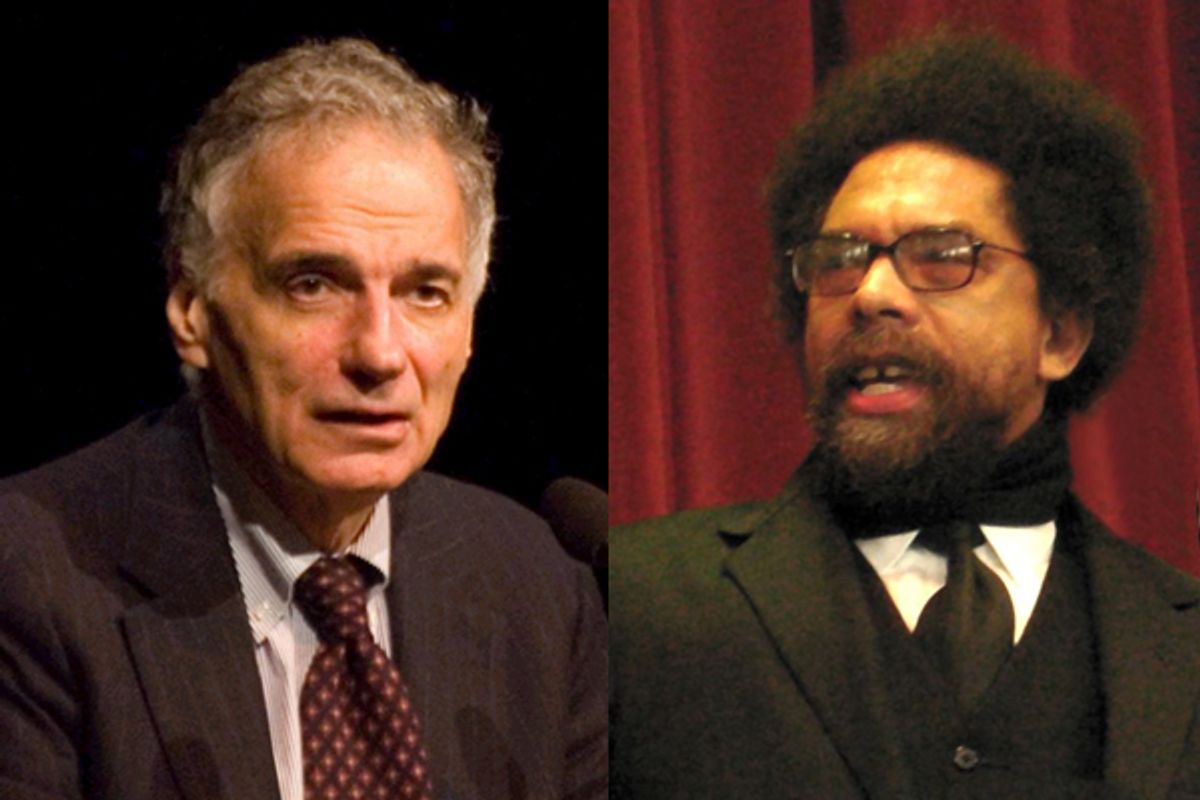 Many loyal Democrats experienced a bit of anxiety (or, perhaps, anger) earlier this week when it was reported that some progressives are planning a primary challenge against Barack Obama, and that perennial presidential candidate Ralph Nader was involved. A letter was sent by this group to other progressive leaders sounding them out about the potential of running against Obama from the left.

But it turns out that's all this is so far: a letter.

There is no money. There is no staff. There is no formal organization that could help get a potential candidate on primary ballots or run a real campaign.

I spoke to Colin O'Neil, a staffer at a Washington environmental non-profit and the man whose name and phone number is listed on the letter calling for a primary of Obama.

"At this point we're not that far along," O'Neil says.

Is there any organizational heft behind the project, I asked.

"We're exploring all possible options," he says. "As things progress there will be a need to have some type of central hub to maintain the slate and to help with organizational issues."

Asked who was driving force behind the letter, which you can read below and which was endorsed by a few dozen progressives, O'Neil mentioned the following figures: Nader, Princeton professor Cornel West, president emeritus of Friends of the Earth Brent Blackwelder, Center for Food Safety Executive Director Andrew Kimbrell, and Rainforest Action Network founder Randy Hayes.

The letter went out to a list of 150 distinguished academics, civic leaders, and presidents of progressive NGOs.

Here is the basic plan outlined in the letter:

A slate of six candidates announces its decision to run in the Democratic primaries.Each of the candidates is recognizable, articulate, and a person of acknowledged achievement. These contenders would each represent a field in which Obama has never clearly staked a progressive claim or where he has drifted toward the corporatist right. These fields would include: labor, poverty, military and foreign policy, health insurance and care, the environment, financial regulation, civil and political rights/empowerment, and consumer protection.

Without primary challengers, President Obama will never have to seriously articulate and defend his beliefs to his own party. Given the dangers our nation faces, that option is unacceptable.

O'Neil says he's gotten lots of positive feedback from members of the public since the letter was reported on this week.

But it's clear that any actual primary challenge to Obama is a distant hope at this point, one which may never materialize.

And here is the letter: