The genius of my uncluttered home

I don't practice Feng Shui, or have OCD. But after years of relocating, I finally learned the joy of minimal living 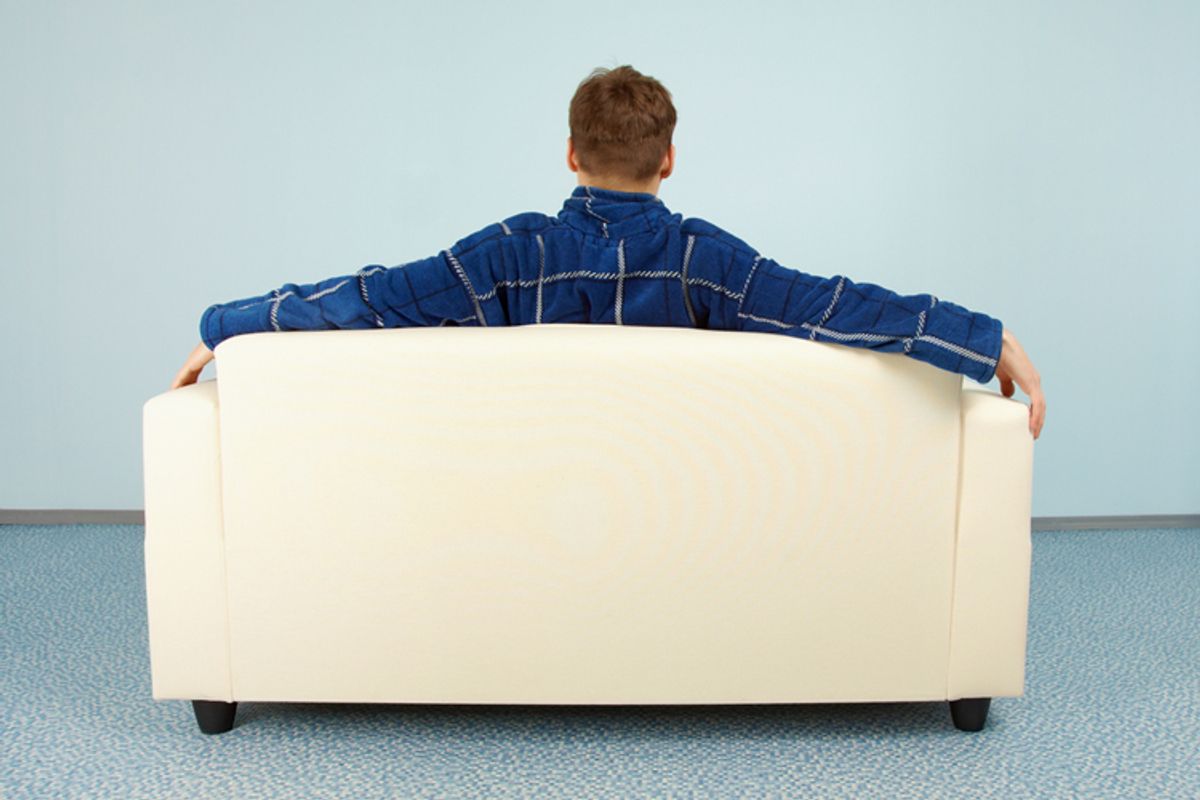 Americans are gluttonous voyeurs: We prefer to witness excess, either in sex, violence, Kardashian-level celebrity drama or just plain clutter. So I don't kid myself to think A&E or any other network will soon announce a new reality series, to balance out the network's popular show "Hoarders," featuring people who live spare, minimalist lifestyles.

I am one. I live in a 700-square-foot condo in downtown Washington, DC. Divorced and childless, it's plenty of space for me. In fact, I have extra room in my closets, drawers, cabinets and cupboards for more stuff, were I inclined to start compiling and aggregating.

But that's the point: I don't want more stuff. I'm no Zen Buddhist, I don't practice Feng Shui, I have no plans to uproot and join the small house movement, nor do I suffer from obsessive compulsive disorder. I wasn't forced to scale down to a smaller residence because of a mortgage default, nor did I hawk all my possessions in service to a meth habit. It's just that in life, like at the airport, I like to travel light. One carry-on is fine by me, thankyouverymuch.

I realize that, for some, spare living is less a life choice than a psychological burden. I have a close friend who struggles with compulsive behaviors, including the constant need not only to straighten things but also to purge her home of the unnecessary. A firstborn child like me -- I'm convinced birth order has something to do with this -- as a young girl she apparently cleaned her room, every day after school, from one end to the other.

That image of her amused me until a few years ago, when my parents happened to mention that when I was 6 or 7, they were dismayed to discover me maniacally straightening the toys on my shelves. They made a big show of messing things up and telling me that some disorder was OK.

Their crude ploy worked. As I write, scattered across the coffee table in front of me are a random assortment of items; most days, some combination of outdoor gear, unread New Yorkers and clothing I've worn recently litter my car seats and trunk; I can fall quickly into a deep sleep with dirty dishes in the sink or unfolded laundry on the couch. My point is that minimalism does not imply compulsion or even fastidiousness. Growing up in the 1970s watching "Odd Couple" reruns on WPIX, I always felt greater kinship with Oscar Madison than Felix Unger.

So why less -- is it dispositional or habitual? For me, it's undoubtedly a bit of both, but more the latter. How did I develop these habits? If I had to identify one cause, it was the series of rapid-fire relocations during my early adulthood that gradually conditioned me to live leanly.

I had an epiphany at one point early in my courtship of my future but now ex-wife, who at the time had been living rather happily for nearly nine years in the same studio apartment. Learning how long she stayed in one place led me to mentally chronicle every place I'd been since graduating high school, starting with my first college dorm room. The totals were shocking, even to me: 18 addresses in a 15-year period during which I'd shared a room, apartment or home with 31 different people, ranging from high school and college friends to my kid brother to complete strangers I'd connected with through classified ads. Not until I sat down in my cozy, Logan Circle condo to write this essay did it dawn on me that, 40 months after buying this pad, it is already the address I've maintained longer than any other since I graduated high school and left my childhood home.

I'm more skilled at boxing up fragile items or loading a rental truck than anyone I know, but I still hated every one of those moves. The packing and unpacking, coupled with the demands of sharing physical space -- and, by extension, psychic space -- with so many other people made me acutely aware of the burdens of lugging around too much stuff. Inevitably, I noticed certain boxes had moved from city to city, state to state, without ever being opened between stops -- a key, first step toward ridding oneself of unnecessary clutter. A characteristic common to people featured in "Hoarders" -- one I suspect also applies, albeit counterintuitively, to many of the unseen owners of the abandoned storage units auctioned in A&E's cousin reality program, "Storage Wars" -- is their tendency to stay in one space for decades. Filling space takes time.

Spare need not mean spartan, mind you. My bookshelves and walls are decorated with dozens of souvenirs collected during my world travels. Even if I filled my condo shoulder-to-shoulder with party guests, I've got more stemware than I could ever use. I don't need a chicken-wire cage in the building's basement to stow my golf clubs, backpacks, coolers or scuba gear, all of which fit -- snugly, I'll admit -- inside a patio closet. I still keep clean lines.

Nor does minimalist living preclude sentimentality. I have boxes with hundreds of printed photos from the pre-digital era, plus cards, letters and related memorabilia that include flirty notes passed to me in middle school by girls whose names I no longer can match to faces. The two unforgettable faces belonging to my cherubic nieces, Carly and Lanie, smile at me from picture frames displayed around the condo. I have room for a few large items, notably a gramophone I inherited from my grandparents, and plenty of small treasures, like the separate, black-and-white photos of my parents on the day they met. (He, drinking a National Bohemian on a buddy's fishing boat off the Miami coast; she, at the pier where that boat eventually docked, perusing a charter schedule in her leopard-print bikini. Nice catch, Dad!)

And lest you think me incapable of empathizing with hoarders, you're right because I can actually sympathize with them. You see, I pare to stay spare at home but my campus office looks like that of the archetypal, disheveled professor: stacks of newspaper clips, magazines, journal articles and book chapters piled atop my desk, shelves, cabinets and almost every available flat surface. I have boxes on the floor, tucked under tables and in corners. I'm paralyzed by the nagging fear that someday I may need to reference one of these documents, so I can't let go of any of them. A year ago, I forced myself to pull from my shelves nearly 200 books I hadn't cracked in years, box them and haul them by hand truck to the campus library for donation. I threw out a course-pak of readings from a graduate class I took more than 20 years ago.

At home I winnow, but at work I compile. Not coincidentally, in the 13 years at my current job our department has relocated on campus just once, four fewer moves than I made in my personal life during the same period.

It's easy for a single person to preach about spare living. Having a spouse, kids or an aging parent at home muddles the situation and quickly fills the closets and garage. And moving every nine months is a big expense and bigger headache just to have the opportunity to throw out old sweaters or a box of long-forgotten holiday ornaments. But somebody out there on eBay might buy those old 8-tracks for a few bucks which, coupled with saved rents on that storage unit you closed down, could translate into a nifty cash windfall. Just be careful not to spend the found money acquiring more stuff.