It's officially a "double dip" recession, and even the financial sector is hurting. It's time for government action 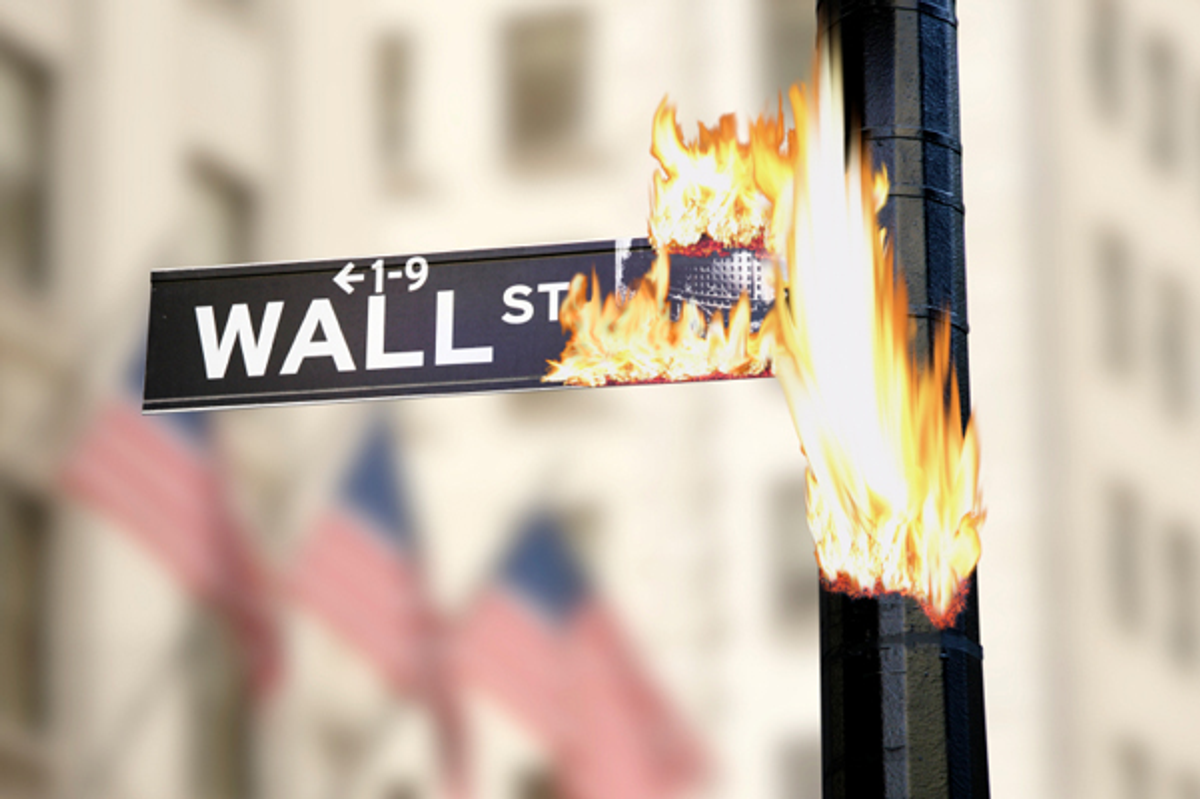 The Dow Jones Industrial Average dropped another 3 percent today as Wall Street metabolized the news the rest of America already knows: We're in a recession. The "double dip" has arrived.

Most Americans never really emerged from the Great Recession that began in 2008.

We can get out of this recession but not via the Fed's "quantitative easing" alone. When consumers can't spend and businesses won't spend without additional consumers, government must be the spender of last resort.

Juicing the economy back to health (notice I didn't use the "s" word Republicans have now vilified) requires at least $700 billion in additional federal spending this year and next.

But this magnitude of additional spending isn't even on the table in the face of Tea Party Republican intransigence. Republicans won't even spend additional money on flood and hurricane relief. The Tea Party obsession about the federal deficit and the size of the government is prevailing.

Not only is this obsession keeping millions of Americans out of work, it's also starting to bring down the Street. If this keeps up, we'll have a showdown between establishment Republicans who understand what must be done — and who will support substantially more federal spending in the short term in order to goose the economy — and Tea Party zealots who refuse to face reality.

The crack in the Republican Party between its establishment and Tea Party extremists is viewed politically as a contest between Mitt Romney and Rick Perry. But in reality it's between economic pragmatism and right-wing ideology. (Don't expect Romney to call for more government spending, at least before the Republican nomination.)

The Street may not want to Barack Obama reelected, but the Street has an even greater interest in saving its assets and its ass.