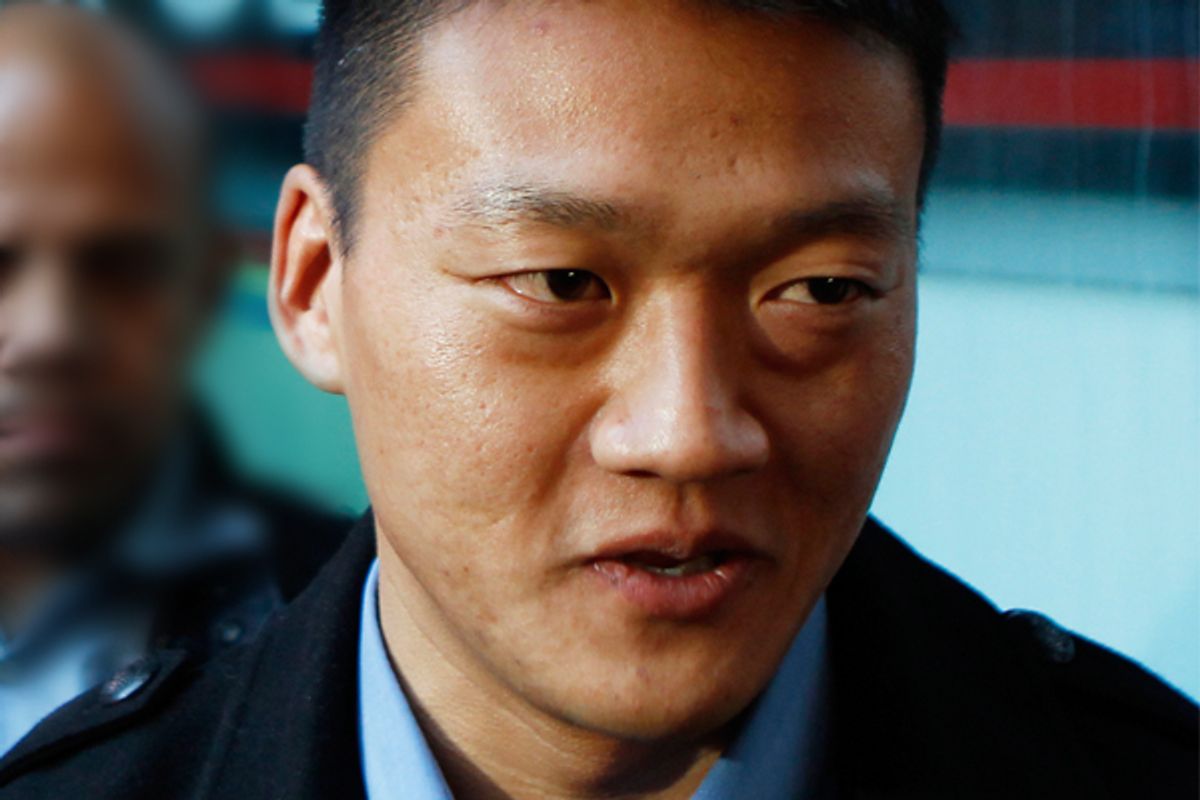 Here's a quick update on the case of Stephen Hill, the gay soldier who received a distinctly chilly reception from the GOP presidential field -- and was booed by a handful of members of the audience -- at the debate last night.

Former Army Lt. Dan Choi, who was discharged because he is gay and became a leading opponent of "don't ask, don't tell," tells Salon he was appalled by the response of both the audience and the candidates to Hill's question about whether they would try to reverse the repeal of DADT.

"Any soldier who courageously stands for truth and not comfort should be applauded, supported and respected. Stephen Hill serves our country," Choi said in an email. "Those who boo our honorable soldiers do not support our troops."

None of the GOP candidates, of course, thanked Hill for his service.

Here's another reaction to the debate from Michael Cole-Schwartz, director of communications at the Human Rights Campaign. He told Salon in an email:

Senator Santorum’s disrespect for a gay soldier last night was offensive as was his gross mischaracterization about what ending the ban on gay service members means. It’s unfortunate that he’s more interested in scoring some cheap political points than standing up for all of our troops or even telling the truth.

Here's the video of that moment:

And here's full analysis from my colleague Steve Kornacki.