Television's season of the vagina

The once-taboo word enters heavy sitcom rotation. If this is a victory for women, why don't the jokes seem funnier? 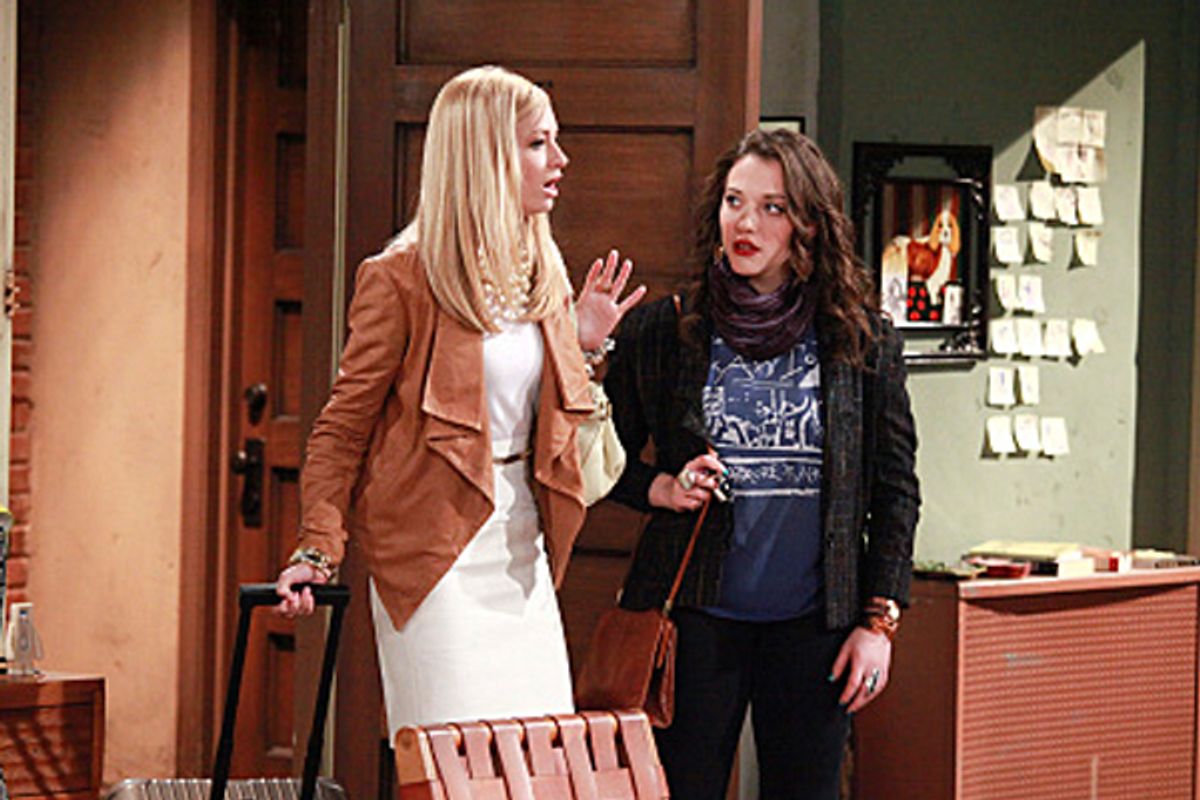 Long ago, vaginas were barely acknowledged in prime time. Mary Richards and Laverne and Shirley never mentioned theirs. Even Carrie Bradshaw only gave hers a few passing nods. And while "Grey's Anatomy" turned "vajayjay" into a euphemism a few seasons ago, this year, there's very little pussy-footing around. Vagina! Cue laugh track!

It's a big year for the vagina, which has been asserting its presence as the go-to punchline for months now. It's been lightheartedly hailed as the "center of civilization" (sorry, Williamsburg) in one Summer's Eve douche campaign and turned into your sassy, vaguely racist BFF in another. Last month, Olivia Wilde one-upped Jennifer Love Hewitt's now legendary explanation of vajazzling by describing her favorite "vagina tattoo" on "Conan."

But now that the fall television season in full swing, it's all ladybiz, all the time. On an upcoming episode of "Whitney," its eponymous star Whitney Cummings ponders, "When did vaginas get so boring?" And in the opening moments of "Two Broke Girls," waitress Max references "the sound of my vagina drying up" -- a gag Bill Carter recently described in the ever-decorous New York Times as a "deleterious effect." And "your vagina" turns up in zingers in "Free Agents" and "Suburgatory." Coming next week: jokes about your mom's vagina.

A portion of the vag effect can surely be laid directly at the feet of Whitney Cummings, who created "Whitney" and co-created "Two Broke Girls." As Cummings told the Times last week, "If one day passes without me writing any more vagina jokes, my career is blown." Cummings rightly notes that "our tolerance for what is edgy is changing" -- when people can get unbleeped jokes all day on "Funny Or Die" or "College Humor," why would audiences laugh at more delicately phrased jokes any more? But networks still have standards, just as joke writers still have marks to hit. "Muffin," for example, might work in the family hour, but it doesn't pack enough aggressive wallop. The C-word packs too much. And because it's an anatomical term, vagina gets a pass that a pornier sounding turn of phrase would not. Enter vagina, laughing.

But why is the vagina having a moment now? A recent Associated Press story on "The vagina's growing public profile" says it's part of a "trend of women saying, 'Hey, we're not embarrassed to talk about this.'" And in his Times piece, Carter speculates optimistically that "The liberation of language could be read by some as barometer of how far women have come as creators of television content." Really? Does all this "Power to the V" and chatting about pubic tattoos on late-night talk shows represent emancipation, linguistic or otherwise?

After all, the never-to-be-outdone penis has managed to assert itself this year as well. Matt LeBlanc's allegedly formidable member is the unseen supporting star of Showtime's "Episodes," while Ashton Kutcher's similarly Brobdingnagian rod has already more than announced itself on the revamped "Two and a Half Men."  We are still a long, long way from one-liners about the magnificent, near-frightening quality of any sitcom star's wonder cooch. And "vagina" is yet to be used as a brassy, admiring synonym for moxie.

It doesn't take long, when you're thinking of a put-down or a punchline, to veer toward the genitals or their excretory and sexual functions. And why not? Douche commercials aside, our privates truly are the core of our humanity. They motivate and enthrall and sometimes disappoint and embarrass us, yet keep the species going. They're beautiful and weird, and all it takes is one picture of Michele Bachmann eating a corn dog to prove that inside almost every adult is an 11-year-old boy.

For now, "vagina" is still the Voldemort of prime time, a word that has been unspoken for so long that it has a mystical, fearsome ability to shock.  So simple. So plain. So powerful. But though it can provoke titters, "vagina" by itself isn't uproariously funny. And if your prime-time sitcom can't provide real jokes for its punchlines, chances are it won't be long before your slot disappears altogether.