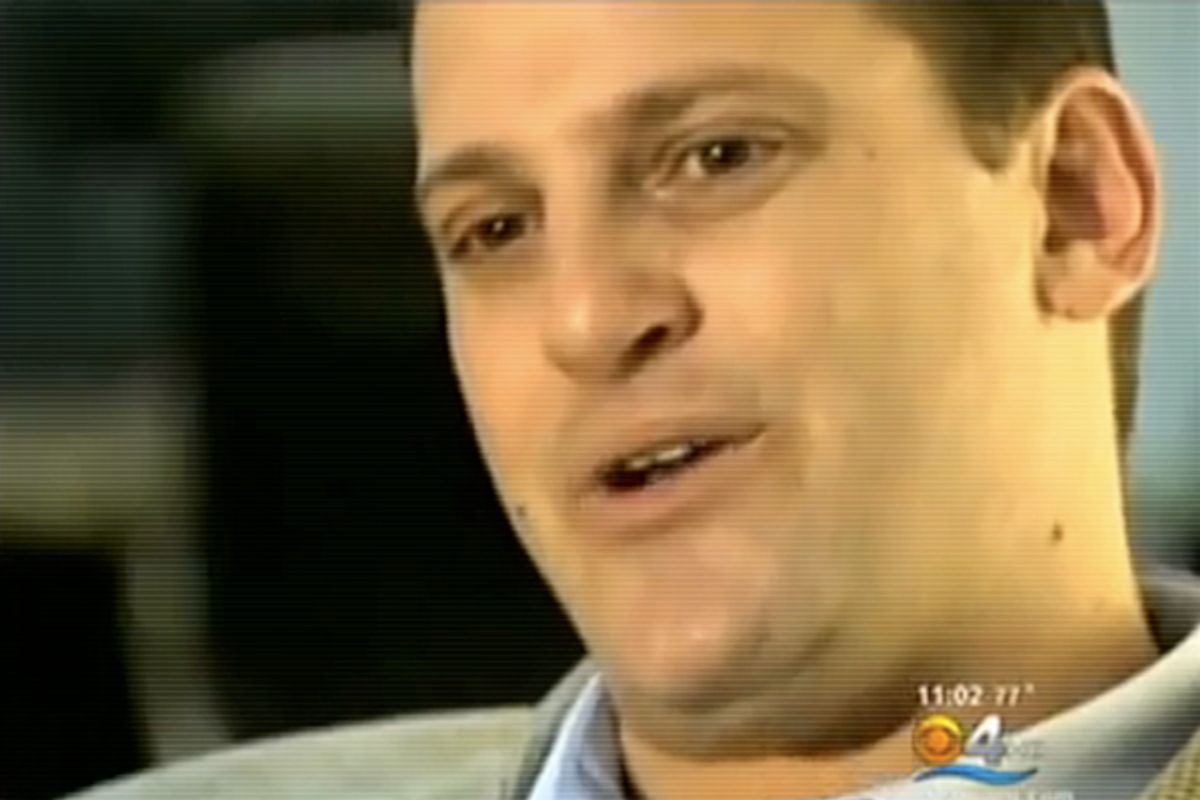 A few weeks ago I profiled Nezar Hamze, a Muslim activist and Republican in south Florida whose quest to join a local GOP committee prompted accusations that he is un-American and that Islam is incompatible with the Constitution.

Last night, the Broward Republican Executive Committee met to consider Hamze's application to become a voting member, a meeting that ended with him being called a "terrorist' by hecklers and an unprecedented 158-11 vote to deny him membership.

The usually perfunctory approval process for BREC membership was changed at the meeting in order to publicly vet Hamze and to then vote on his application using a secret ballot. He was the only one of 11 candidates rejected.

The Miami Herald was there:

At times, when he addressed the packed room at the Sheraton Suites in Fort Lauderdale, a few members shouted out among the crowd of about 300.

“I don’t have a positive impression of Mr. Hamze. I don’t think he will be an asset to our party,” said Scott Spages, who is involved in programs concerning radical Islam at his church, Calvary Chapel Fort Lauderdale. …

A new litmus test was then born: Do you support Rep. Allen West? The tea-party Republican has repeatedly denounced Islam and clashed with Hamze. So has Joe Kaufman, chairman of the group Americans Against Hate and former vice-chairman of the Republican Jewish Coalition of South Florida. “Are you willing to support Congressman Allen West… as a Republican?” Kaufman said loudly in the microphone. “Will you denounce terrorism?"

Some Republicans told the Herald they objected to the fact that Hamze is the director of the Florida branch of the Council on American-Islamic Relations, citing the fact that CAIR was named an "unindicted co-conspirator" in a material support for terrorism case in Texas several years ago. The list of "co-conspirators" in that case -- which involved sending money to the Palestinian organization Hamas -- ran to more than 300 groups and individuals, none of whom were charged with breaking the law.

Joe Kaufman, who Hamze told me today appeared to be the leader of the effort to vote down his candidacy, is a former Republican Jewish Coalition official who now leads a group called Americans Against Hate. His ideology is perhaps best captured in a eulogy he wrote for the extremist rabbi Meir Kahane.

Hamze, for his part, told me he rose at the meeting to respond to his critics, telling the crowd, "All of this terrorism stuff is garbage. I'm a law-abiding citizen. I follow the Constitution. I love my children. I love this country."

He plans to attend Broward Republican meetings as a member of the public.

"They can't stop me from attending the meetings. I believe I can accomplish my goals of helping the party and introducing a Muslim Republican to candidates so they know Muslim Republicans are out there," he said.